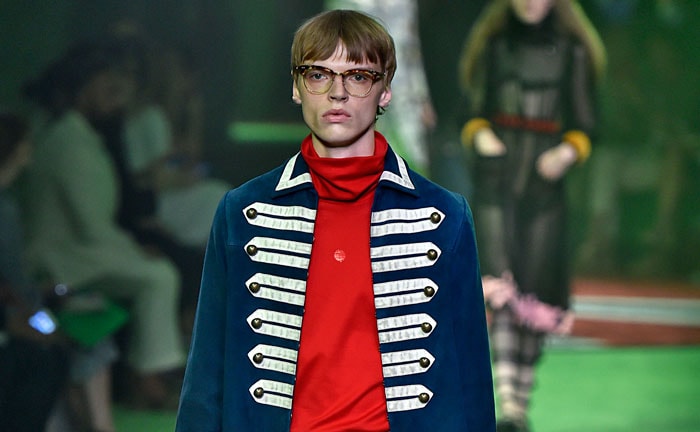 Fall Menswear 2017 Highlight: Welcome to the Dork Side

While military inspiration in these politically fractious times was to be expected during the men’s fashion weeks, and punk influences naturally spilled over from the global protest movements, a third, less aggressive fashion favorite has surreptitiously crept in, pushing his glasses up on his nose and smoothing back his cowlick. Fall 2017 saw the return of the geek. 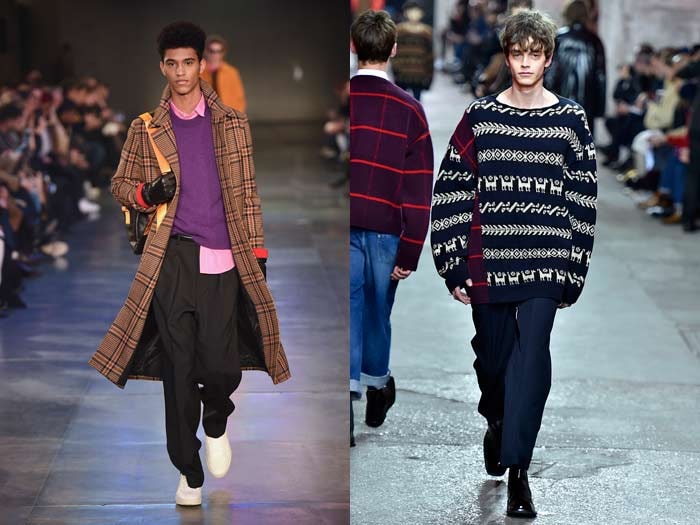 This scholarly young gent is usually to be spotted bounding across the quad when he’s not on the runway, coattails flapping at his heels, late for class because he got lost in the depths of the library. For him, gray matter is the new black. Unfortunately he has been wrenched from his books by recent events. Scratching his tousled head, he frowns at the term “alternative facts,” shudders at the denial of scientific findings on climate change, puzzles over the phenomenon known as “fake news.”

Countering the word salad speeches of our new president, the nerd proudly pairs the crochet scarf his Grandma knit him for Christmas with a well-developed vocabulary, a gently flared pant with a penchant for reason. Grandma is also working on a matching blanket to present to him at spring break that he can wrap around his legs when he’s preparing his debate responses in that drafty dorm room. Jonathan Anderson proposes “Layers on layers as a defense mechanism. Something knotty and cosy…” during these chilly first weeks of the new administration. 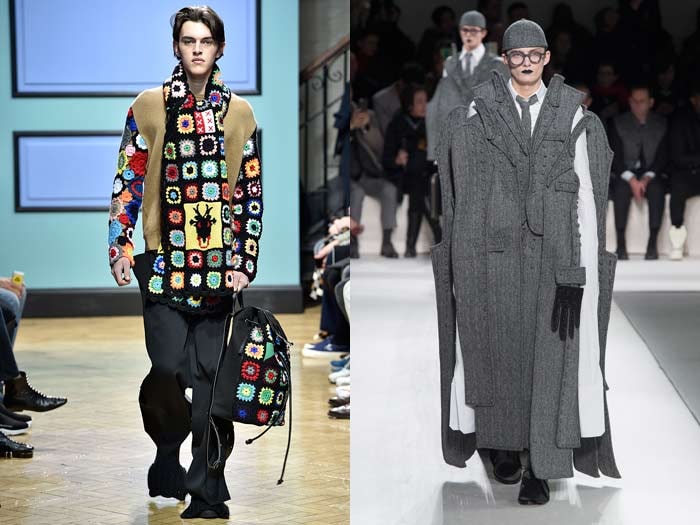 The strata of knits, acrylics and Coke-bottle glasses that contribute to the awkward charm of the geek is taken to extremes at Thom Browne. Struggling wth the niceties of formal dressing, our plucky Poindexter approaches tailoring with his usual problem-solving enthusiasm, adding the pieces of the outfit like an arithmetic sequence on a chalkboard. The particulars of fit are never of as much concern as those of Pythagoras’s Theorem as he regularly veers from shrunken and misbuttoned to stretched-out and dragging on the floor, but therein lies his genius. For cookie-cutter conformity, seek elsewhere. 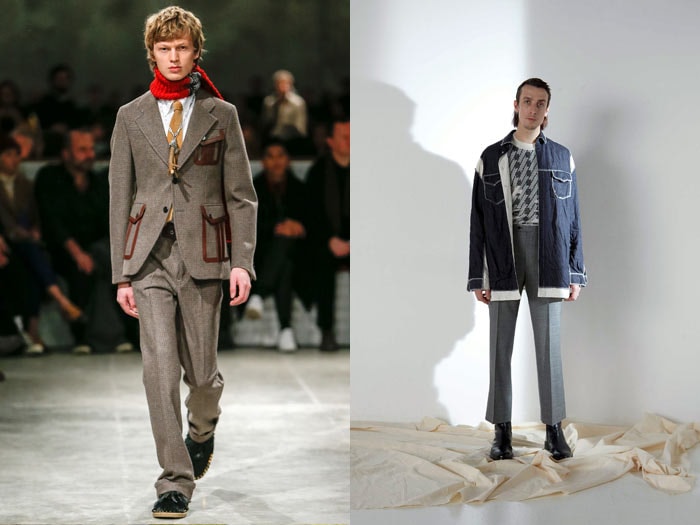 It’s the season of the greatcoat, an item which can make even a pair of pajamas appear seemly when accessorized with spectacles and a copy of The New York Review of Books. The most extravagant were at Alexander McQueen whose inspiration was Oscar Wilde, some double-breasted and with gold bullion embroidery encircling the torso like the seductive allure of Dorian Gray wrapping itself around Basil and Lord Henry. At Maison Margiela, models read paperbacks and sat deep in conversation with each other while a recording of Jack Kerouac played in the background.

What was born a few seasons ago with Alessandro Micheli’s arrival at Gucci has grown to become one of menswear’s defining looks of the moment––yes, that is a fanny pack at Louis Vuitton. Prada, long established as Nerd HQ, showed some looks for Fall 2017 that even verged on normcore. The corduroy, patch pockets, and medley of browns were reminiscent of an analogue world, and suggested a turning away from our click and swipe culture, a rejection of communicating in 140 characters or less in favor of luxuriously lengthy dialogue.

Instead of Like and Share, research and understanding are the buttons this chap prefers to press, the yellowed pages of the classics are his safe space. When the occupant of the White House admits his knowledge on world affairs comes from television, when it emerges that he doesn’t read the executive orders he signs, the intellectual must work twice as hard to keep society together. But getting top marks for effort has always been the least of his worries. 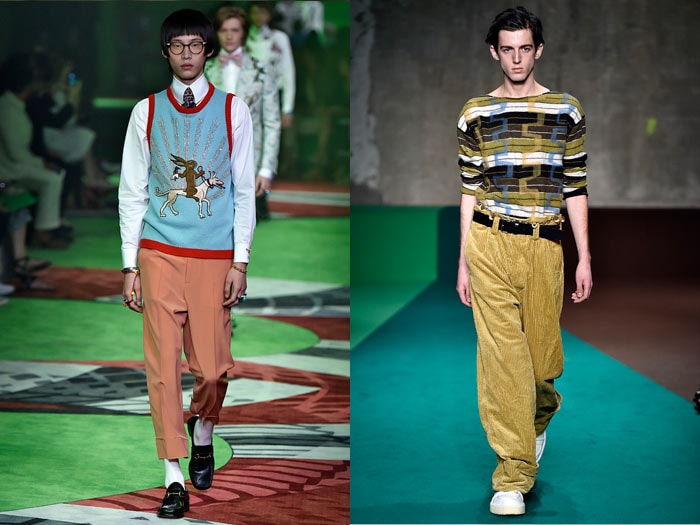 Marni designer, Francisco Risso (a Prada alum), explored the relationship between clashing geometrics and rumpled and roomy thrift-store style suits that he belted high on the waist, and described the mood of the collection as “like a child on a computer tapping one plus one” with “the vulnerability that you want to bring ahead to your adulthood.”

While the Russians might not notice misspellings in tweets or oratorial inferiority, the nerd is right up close to the podium taking notes.

These days knowledge is next to godliness. And Fall marks the rise of the geek god.