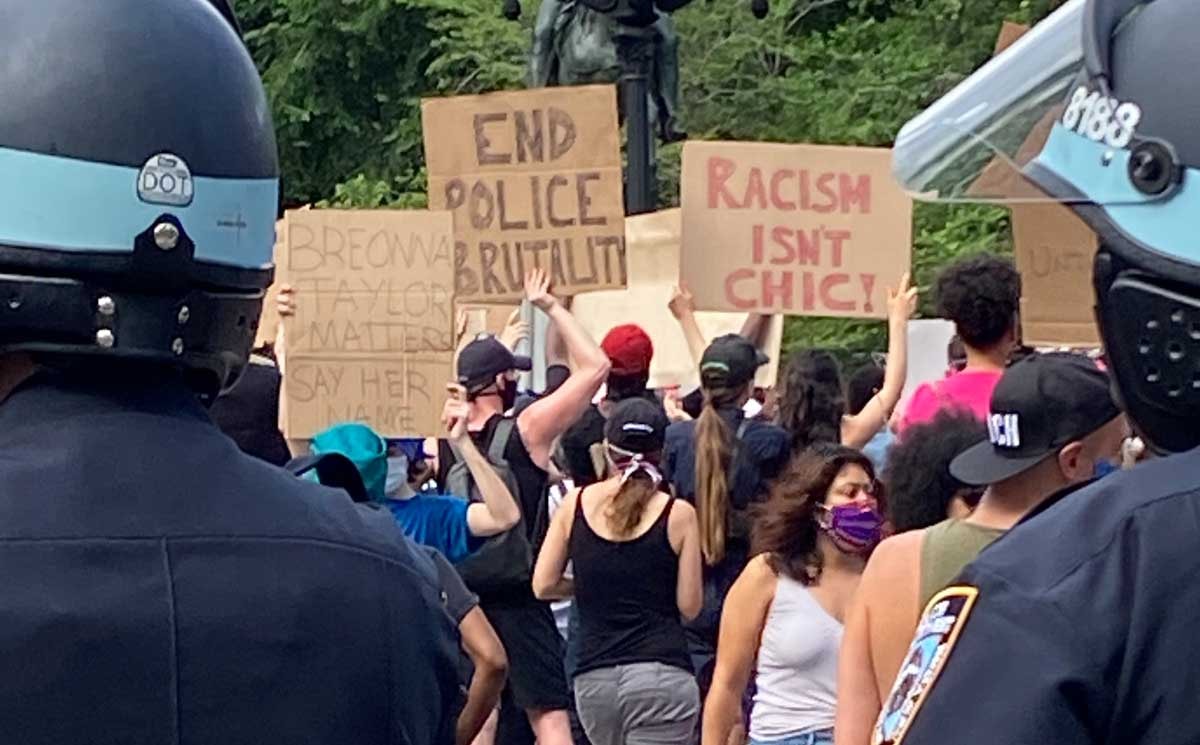 World Environment Day and Black Lives Matter protests collided this year but for the first time the chants from the latter drowned out voices around the former. Protests surrounding the police murder of George Floyd have taken place in all 50 states and in 18 countries leading to speculation that we are experiencing the largest civil rights movement in world history.

In 2015 the United Nations launched its Sustainable Development Goals, “a shared blueprint for peace and prosperity for people and the planet,” and #16 on the list is Peace and Justice. One of the loudest cries at Black Lives Matter rallies has been “No Justice, No Peace!”

A colonizer’s mentality at home and abroad

In March, acting on reports coming in from suppliers, non-profit organization Remake launched the PayUp campaign to shame fast fashion companies, among them Forever 21, Gap, Urban Outfitters, Walmart, JCPenney, Kohl’s, for reneging on payment for billions of dollars worth of goods already produced by factory workers in Bangladesh, India, Myanmar and Cambodia. To offset losses from a three-month shutdown these Western retail giants blatantly placed vulnerable communities in jeopardy, during a pandemic no less.

According to Remake, Bangladeshi garment makers earn 95 dollars a month, while an Ethiopian garment worker’s base wage is 26 dollars a month, and many live hand-to-mouth in communities without infrastructure or healthcare, engaging with local materials and crafts that often have been passed down through generations. What’s more alarming than these figures is the fact that workers' earnings could be denied so willfully by corporate behemoths conducting themselves like capricious colonizers intent on keeping their Black and Brown subjects submissive.

This behavior reveals an unpleasant handout mentality that exists when fashion brands work with diverse ethnicities. Often artisans, but rarely stakeholders in their endeavors, overseas makers often become victims of our casually cruel system which values profit over all else. And even when brands feature images of nameless craftspeople in their branding material, it can seem tokenistic, with an undercurrent of the White savior mindset.

Climate and racial justice, our two existential crises, are inseparable. Brands overproduce, we overconsume, apparel has become a global menace. Pakistani rivers run indigo to maintain our insatiable craving for jeans, while teenaged Bangladeshi bodies lie crushed in factory collapses, and at home our Black and Brown communities are more likely to live near landfills with hazardous pollution, according to studies conducted since the 1980s. It’s worth pointing out that the Trump administration’s proposed 78 percent cut to the Environmental Protection Agency will only exacerbate domestic problems. There is no ecology without anthropology, and the breaks in our shared humanity have never been more evident than in these past two weeks. Our social fiber is fraying, but will the fashion industry help sew it up? 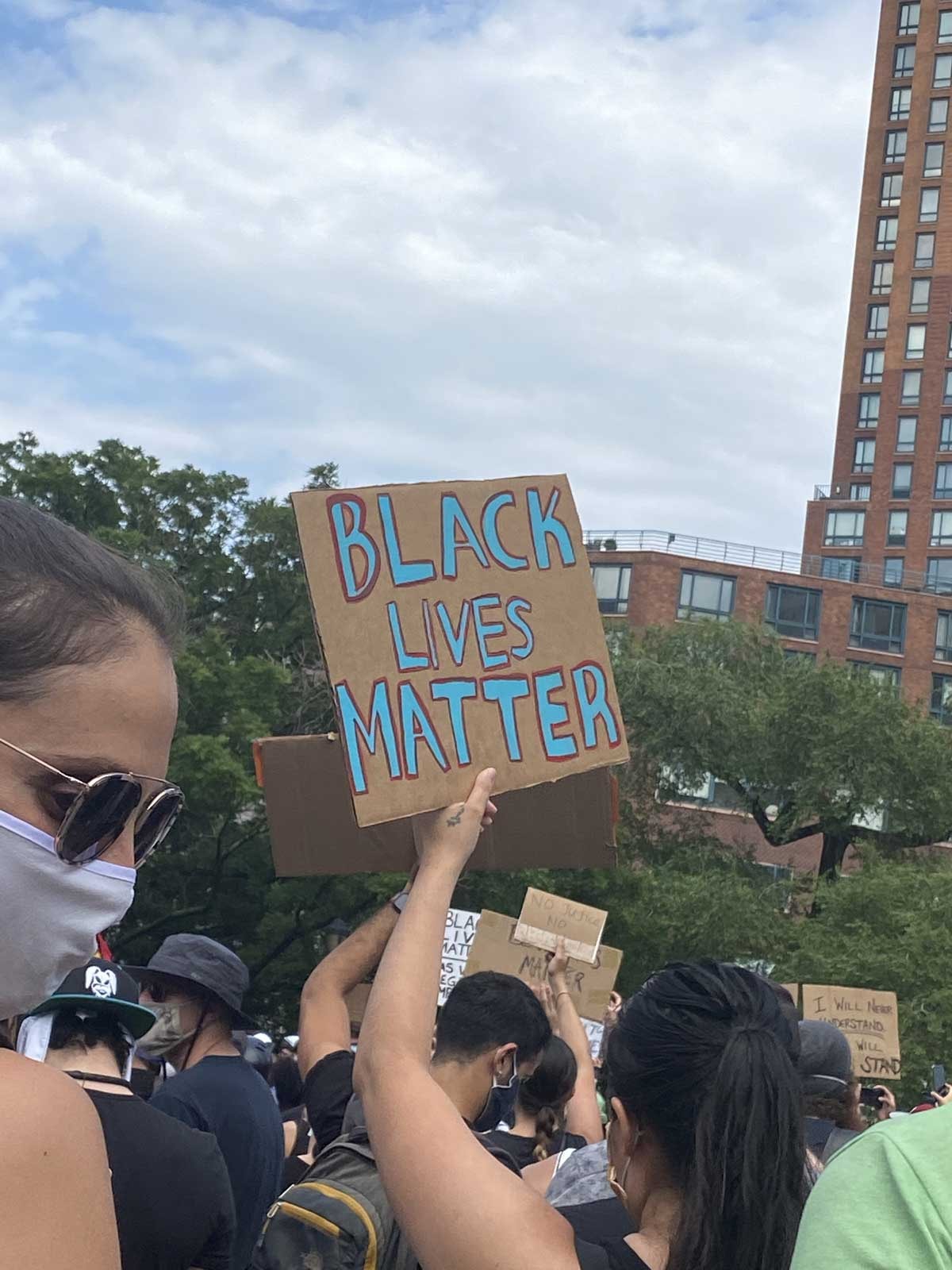 The pernicious attitudes that Remake’s PayUp campaign brought to light exist at home in stealthier ways. Our industry has a history of latching onto movements and uprisings to sell T-shirts and it has patted itself on the back in recent years for casting models of color on runways and in campaigns. On Blackout Tuesday, brands from Boohoo to Nordstrom to Celine, whose creative director Hedi Slimane has reacted with snaillike urgency to any demand for diversity in his campaigns, demonstrated performative allyship to Black Lives Matter by posting black squares on their Instagram accounts. But there are only four Black CEOs listed on the latest Fortune 500, only one of which is from the fashion industry, Jide Zeitlin of holding company Tapestry. The runway might be about as accurate a representation of Black lives mattering to fashion as the stock market has proved to be of the health of the US economy with its 40+ million unemployed.

Fashion, they say, is a reflection of the culture at large and of what is going on. This nation has now been joined by dozens of others to engage in major soul searching. Cities are seething with unrest, citizens are denouncing abuse of authority, dismissing gatekeepers, toppling statues. Is our industry ready for the same level of self-scrutiny? Hiring models of color to reflect inclusivity for marketing purposes is no longer going to cut it. This moment calls for the overthrowing of a power system which benefits white people. The archetypal “Karens” permeate our industry, white women who have marginalized through word or deed, downplayed micro-aggressions, or propped up controversial practices. There are the “Chads” too, co-conspirators in the oppression, or lords of the problematic regime. These individuals are not necessarily racist but are not actively anti-racist. Are they willing to sacrifice white monopoly, their sense of entitlement, to answer society’s emergency?

Toni Morrison told a crowd in 1975, “The very serious function of racism is distraction. It keeps you from doing your work. It keeps you explaining, over and over again, your reason for being.” Just as dismantling our unjust racial systems must fall upon the white people who constructed them, so too, for now, must environmental activism. For, as climate scientist, Dr. Ayana Elizabeth Johnson, put it in the Washington Post last week, “How can we expect black Americans to focus on climate when we are so at risk on our streets, in our communities, and even within our own homes?”

The 15 percent pledge, an initiative launched by Brooklyn-based Aurora James, founder of sustainable shoe line Brother Vellies, challenges businesses such as Target and Shopbop to dedicate 15 percent of their shelf space to Black-owned businesses. The goal is to make African-Americans stakeholders, equatable to their contribution to society––they make up 15 percent of the US population––and reflective of their value as consumers. As James explained on Instagram: "So many of your businesses are built on Black spending power. So many of your stores are set up in Black communities. So many of your sponsored posts are seen on Black feeds. This is the least you can do for us.”

The industry had 3 months or, to speak in profit analysis terms, a quarter, for its prominent thinkers and talking heads to mull over more eco-friendly practices, a more humane calendar, and to strategize to repair their bottom line. They had collectively viewed the pandemic shutdown as an opportunity, to rethink, reboot, reset. But that was before the protests. Now it requires nothing short of a revolution. Attitudes that have been in place for four hundred years don’t shift in three months.

The fashion industry often chases the zeitgeist, and once in a while it even captures it. No-one wants to be left behind on this. It’s not a good look.