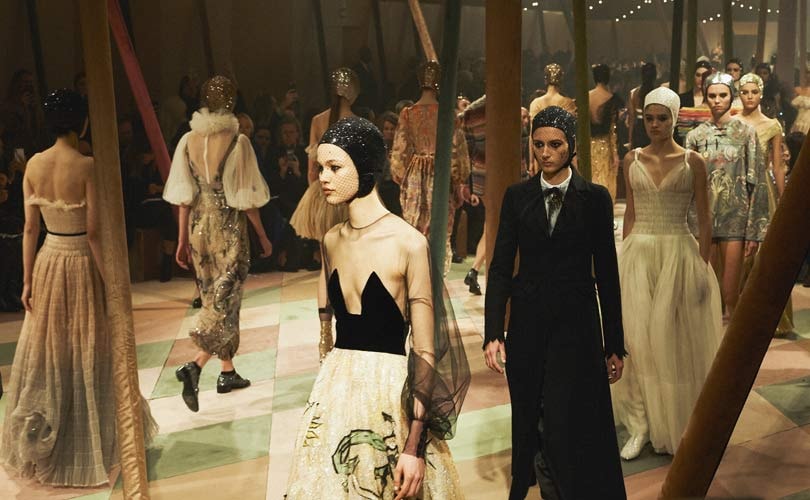 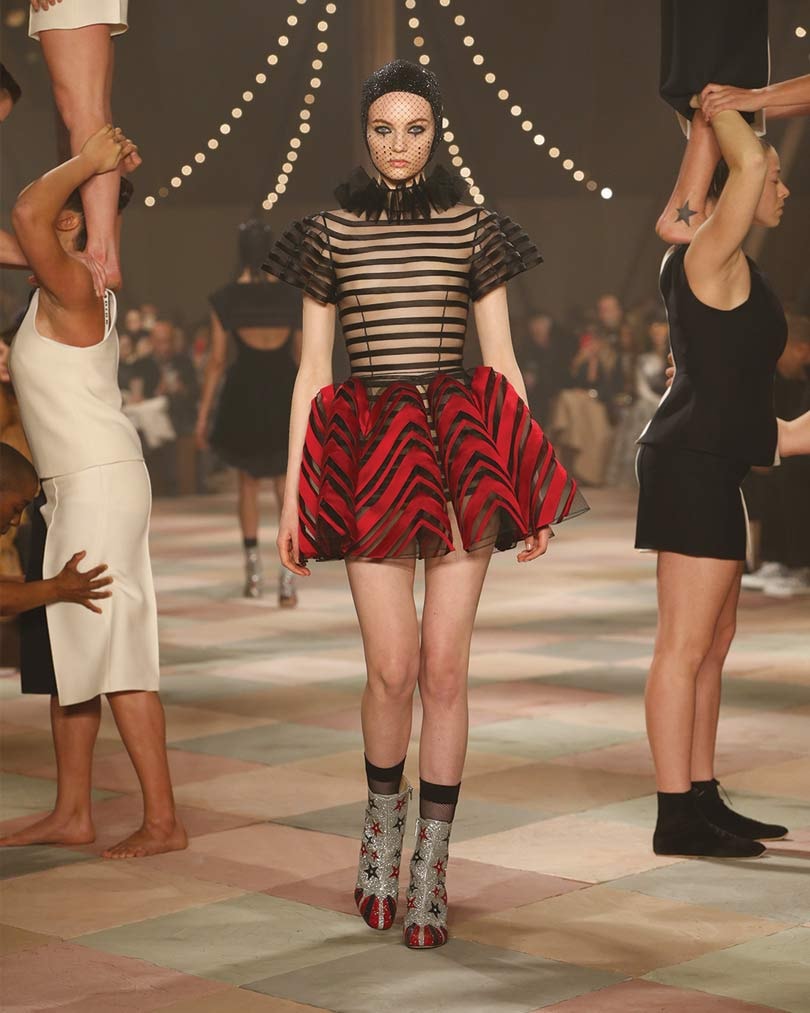 A troupe of all-female acrobats of all body shapes led out the show inside a retro big top -- complete with harlequin-pattern floor -- built in the gardens of the Rodin Museum in the centre of the French capital.

Chiuri is the first woman ever to lead the mythic French label, and her feminism is never far away. 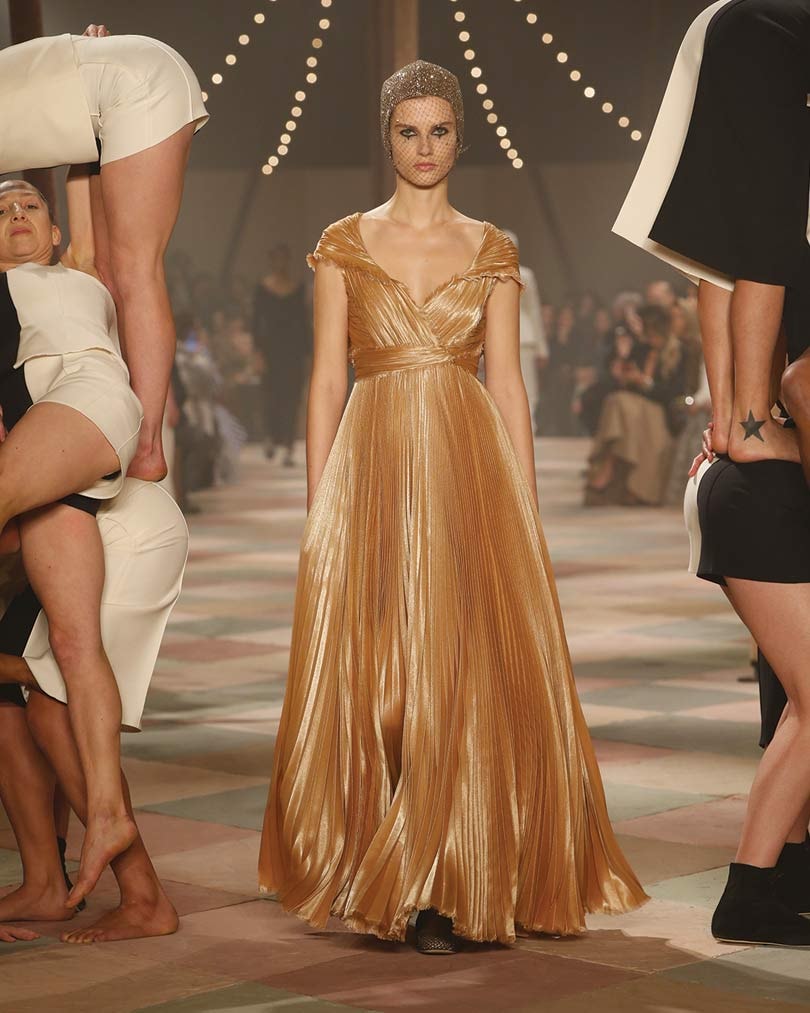 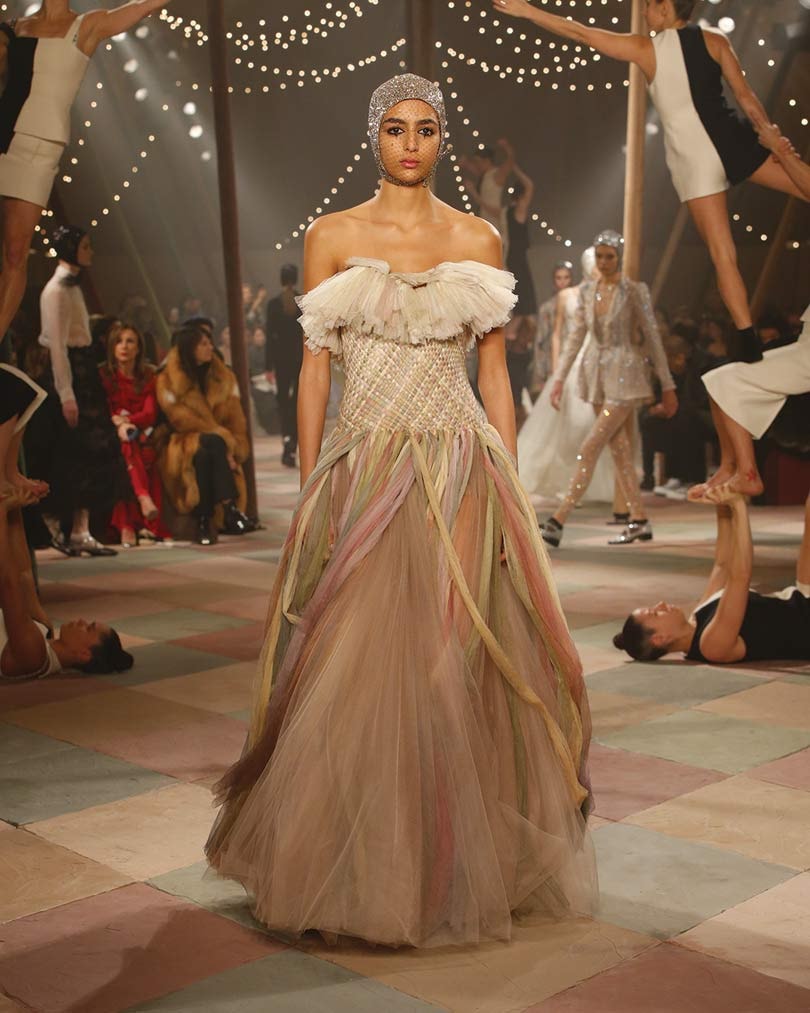 But there was nothing remotely clownish about the muted elegance of the clothes, featuring lashings of embroidery and beadwork, to summon up the spirit of the circus-set 1917 ballet "Parade".

That legendary show pooled the talents of Pablo Picasso -- who did the sets and costumes -- the composer Erik Satie, writer Jean Cocteau and Sergei Diaghilev and his Ballets Russes. 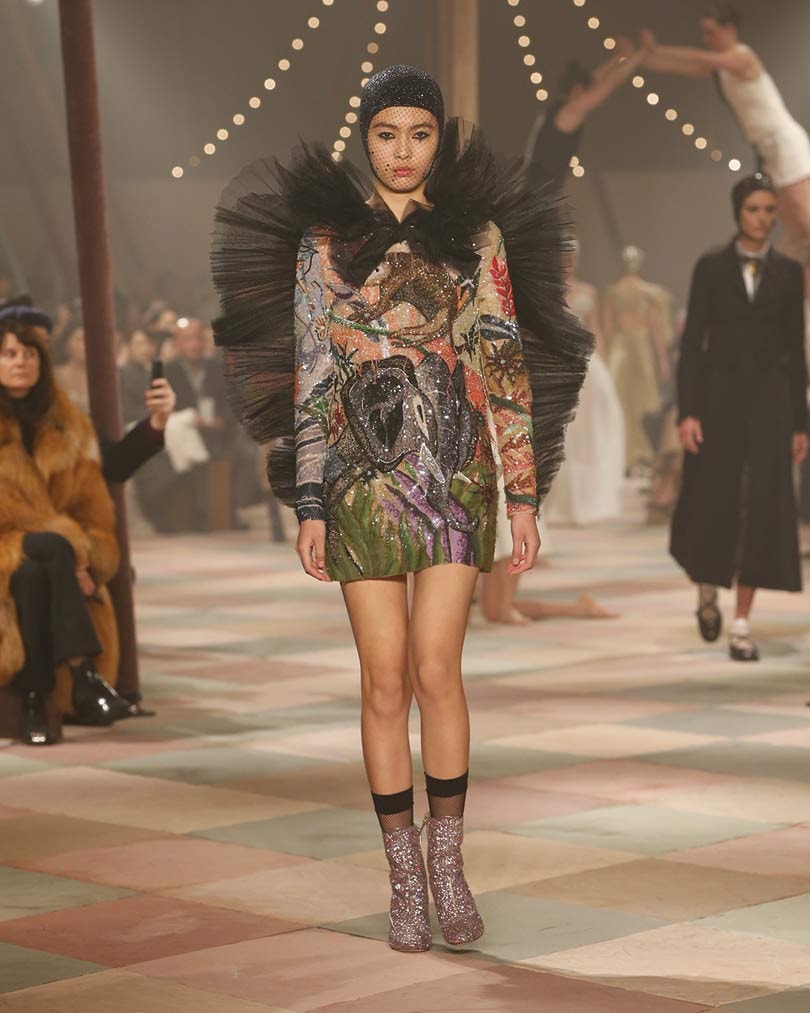 "Every look has its own personality, just like circus characters," she told AFP, "brave, funny, happy and sad." 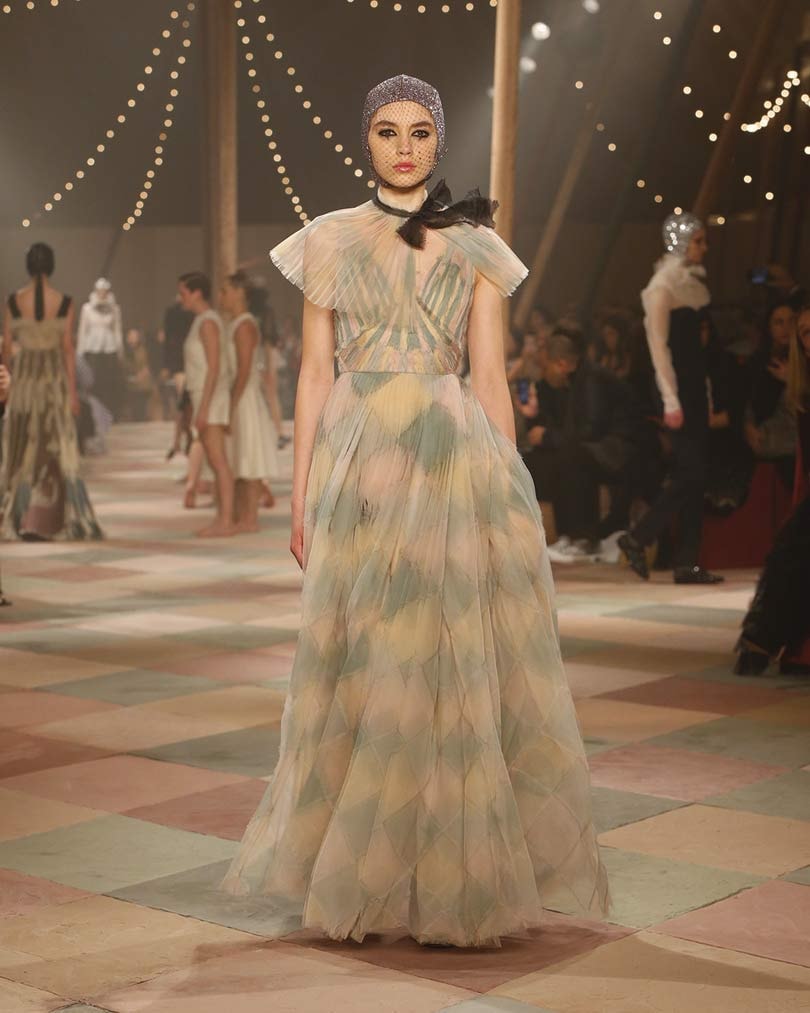 "The circus is a world of its own, which passes from town to town, changing each one a little as it goes -- a bit like fashion week," the creator added.

The tattooed lady, that staple of the Victorian sideshow, also got a drum roll with a look inspired by Maud Wagner, America's first known female tattoo artist. The designer, who sports a few herself, floated surrealist neck tattoos in a previous show.

Critics predicted her silk bandage roll gowns and architectural tutus would also be a hit with haute couture's super-rich clientele, the only people who can afford the handmade creations which are shown only in Paris. 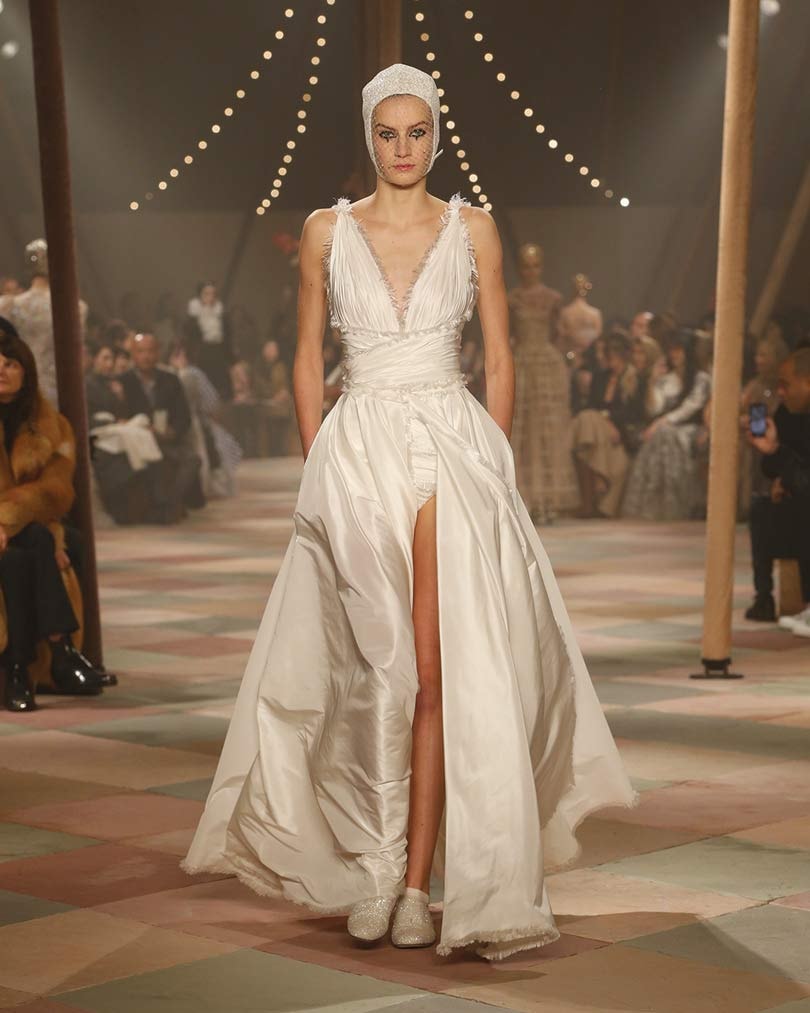 Chiuri said she took her powdery palette from the stage curtain Picasso painted for "Parade", with bolder colours almost having to fight their way through what she called the "fine dust that sprinkles stage clothes".

The designer has put her unabashed feminism at the core of the brand since she took the reins at Dior in 2016. 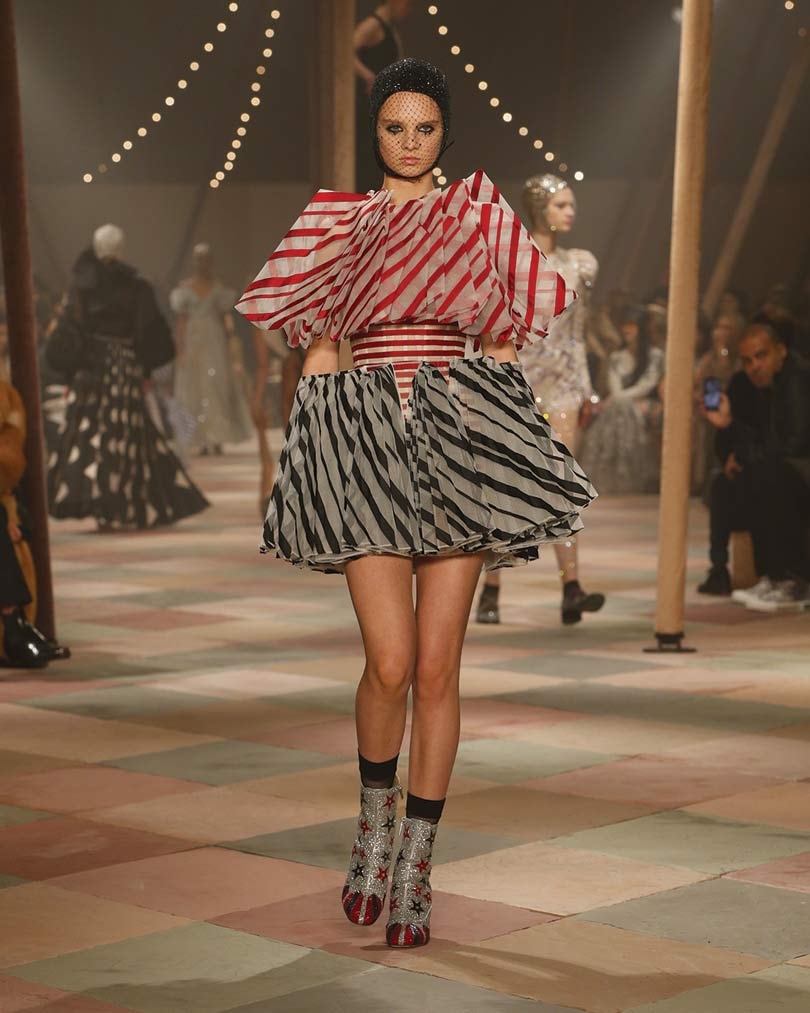 This time she worked with the female-led British acrobat company Mimbre.

Chiuri said she was struck by how inclusive the circus world was, and how it offered "a possible equality... where beauty, origin, gender and age are no longer important. Only technique and daring matter."

It was this that inspired the collection's necklaces and bracelets of interlocking gold hands. An acrobat "puts their life in the hands of another, you have to really trust each other", she said. 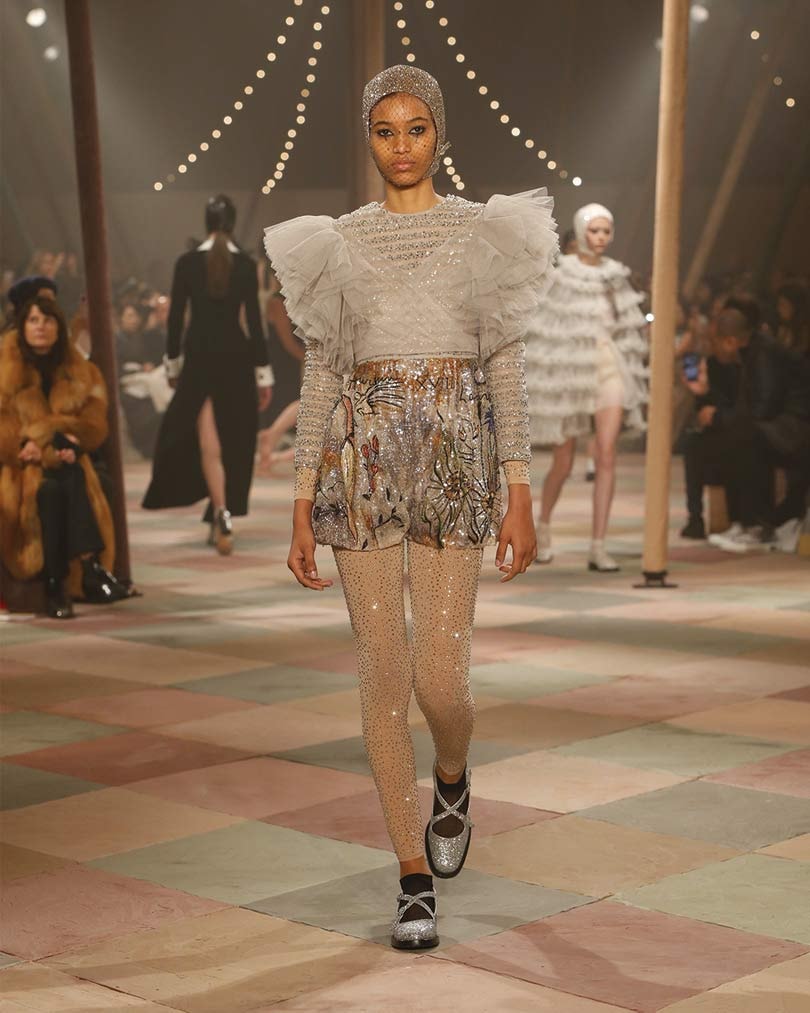 Feminism was the big theme of the day on the Paris catwalks, with Italian actress and #MeToo campaigner Asia Argento taking a starring role in her Roman neighbour Antonio Grimaldi's spring/summer collection.

She wore an asymmetrically cut white sleeveless dress adorned with ostrich feathers designed to show off her tattoos as a cheeky take on the wedding dresses that traditionally close couture shows. 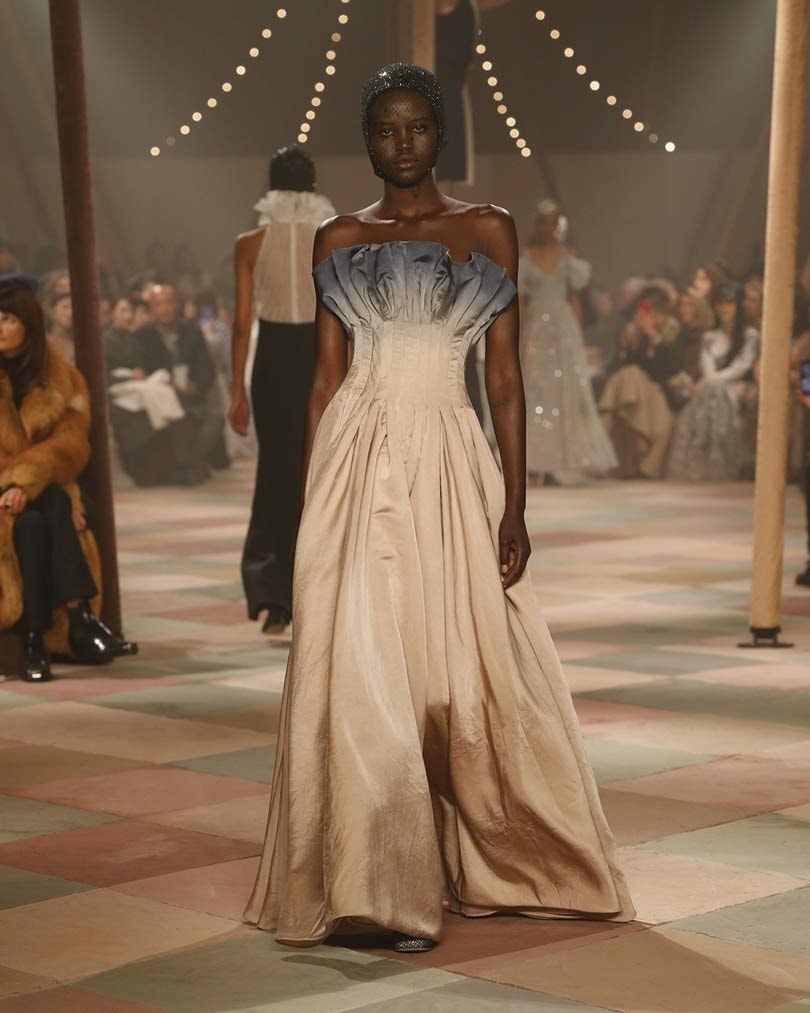 While Grimaldi praised her courage and "unconventional spirit", Argento told AFP that she "loved his sculptural couture".

Few designers anywhere, however, can match the sculptural verve of the Dutch Iris van Herpen, whose gravity-defying creations were the fruit of collaboration with New York artist and former NASA engineer Kim Keever.

Azzaro and Giambatista Valli rounded off the first day of the Paris haute couture shows that follow a week of menswear collections. 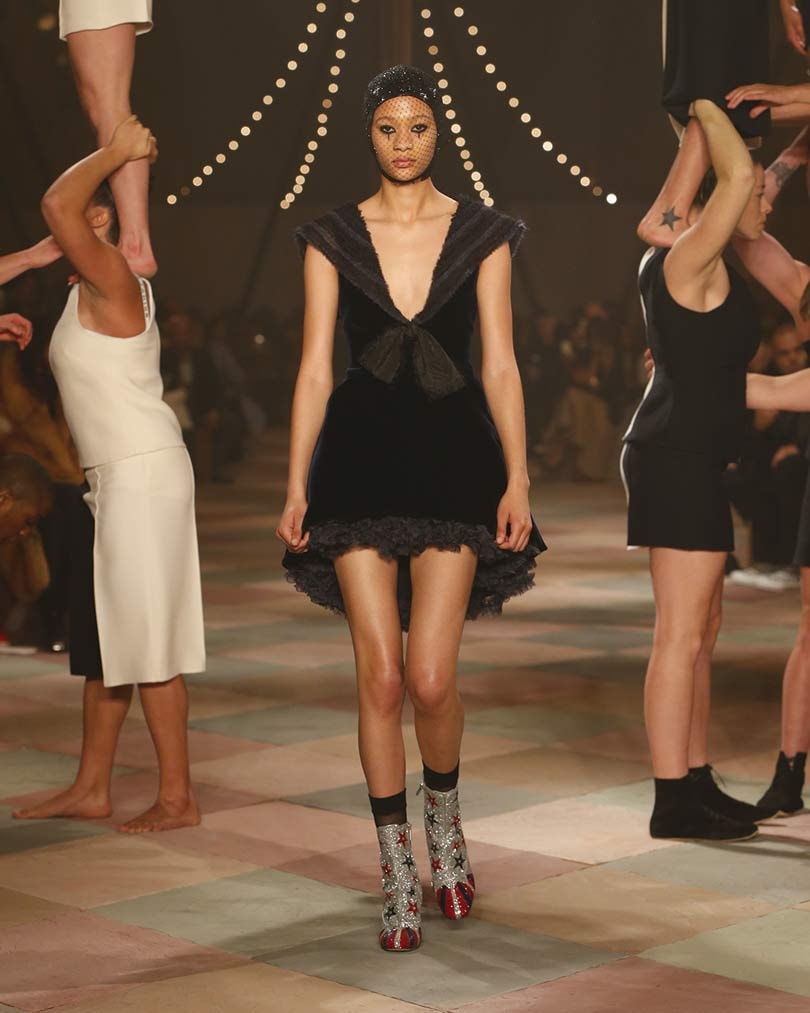 Both went with a leggy look, with tight bow mini dresses from Valli -- some with parachute sleeves -- that he developed out into full ball gowns.

He also topped a series of full-length sheath dresses with fezzes.

Azzaro too toyed with bows in a mostly two-tone black and white riff on the short skirt and the classic "le smoking" dinner jacket.(AFP)