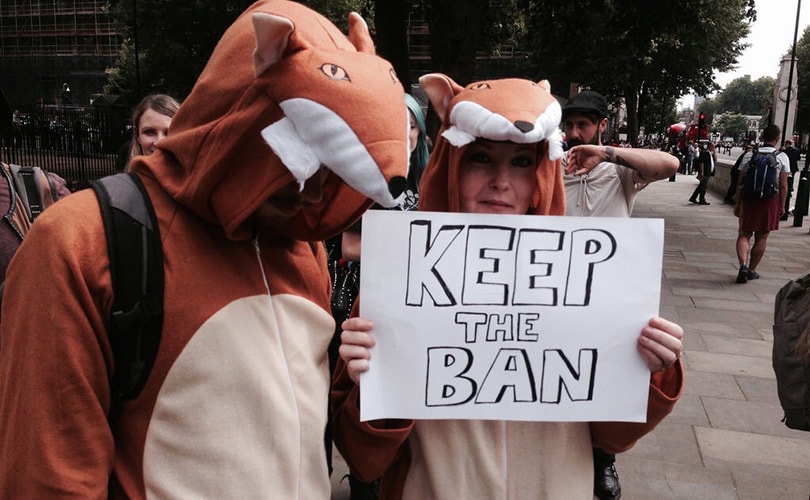 Fur, the real animal version, has seen its reputation banished to the Outer Mongolia of fashion this year. The backlash reached fever pitch with London Fashion Week banning fur from future catwalks, California becoming a near fur-free state, with major cities Los Angeles and San Francisco banning its sale, online retailer Net-a-Porter adopting a fur-free policy, and countries like Norway and The Netherlands banning its farming, shutting down national production sites.

Fur is out of fashion

A highly publicised anti-fur campaign earlier this year saw a plethora of brands announce they would no longer use real fur in their collections, luxury houses including Gucci, Burberry and Versace, Tom Ford, Michael Kors, Maison Margiela and Jimmy Choo all followed the grand dame of animal-free fashion, Stella McCartney. Fur, it would appear, is definitively no longer in style.

When we look at the banning of fur, it makes sense that cities in California have stopped selling it. With an average temperature that rarely requires anyone to wear a winter coat, fur is deemed unnecessary to stay warm. Why would anyone need a fur coat in LA other than Kim Kardashian? Yet there are places in the world where fur is considered a necessity.

Does real fur have a future?

Take Siberia for instance. I witnessed first hand how fur keeps people warm when I visited my parents, who a decade ago lived in Sakhalin Island, in the Far East part of Russia, near the coast of Japan. There, winter temperatures could easily drop to a polar -26 degrees, or -54 if you were unlucky. One doesn’t need to be an arctic trapper to understand fur is a warmth necessity. Imagine having to work outside in those unbearably cold temperatures? For some communities fur is not a crime against nature but the only way to stay alive.

Fashion is distancing itself from fur

“Increasingly, consumers expect brands to demonstrate social responsibility, sustainability and animal welfare; the fur-free movement is part of that zeitgeist,” Wendy Higgins, media director for Humane Society International told the BBC. “People don't want to see fur; it’s come to symbolise a selfishness they don’t want to endorse. That realisation by designers like Gucci has created a domino effect.”

Faux fur isn’t necessarily a more sustainable option. Most faux fur is made from modacrylic, a derivative of oil and synthetics, writes the BBC. A petroleum-based product, modacrylic is a pollutant, releases microfibres upon washing and is not biodegradable. "The pro-fur lobby, which is big and powerful, take great joy in going on about this, citing fur as the only genuinely sustainable option."

To wear fur means different things to different people. For many it represents luxury and excess, so too status and power. In some cultures people believed they could partake of animal power by wearing fur and that using these “gifts” showed respect for the animals that gave themselves so that humans might survive.

Whatever one’s belief, to wear fur is as much a political as it is a personal statement. Consumers have a choice and responsibility when it comes to the products they choose to wear. At Canada Goose, for example, the successful outfitter best known for its coyote fur trimmed parkas, the company aims to be fully traceable for both its fur and down origins. Committed to responsible and ethical sourcing, their products originate from animals that have not been subjected to any unfair practices, willfull mistreatment or undue harm, and materials are fully traceable throughout the supply chain.

Fur sales are on the rise

Despite the backlash, there is no slowdown in the sales of fur. “The fur industry’s statistics reflect what we’re seeing in the streets — that fur consumption is on the rise,” Edita Birnkrant, former campaigns director for Friends of Animals, told the animal rights magazine Their Turn in 2016. “For the sake of the animals, we have to organize and take a more aggressive approach on their behalf.”

According to VOX, high fashion brands might appear more ethical for dropping fur from the collections, their decision to part with it does little to upend the fur industry. This is due to the fact the average consumer is not buying fur at Versace, Gucci, or any of the luxury houses. According to FICA, 85 percent of US fur retailers and manufacturers are small, family-run businesses. The public, or at least the shoppers, have spoken.