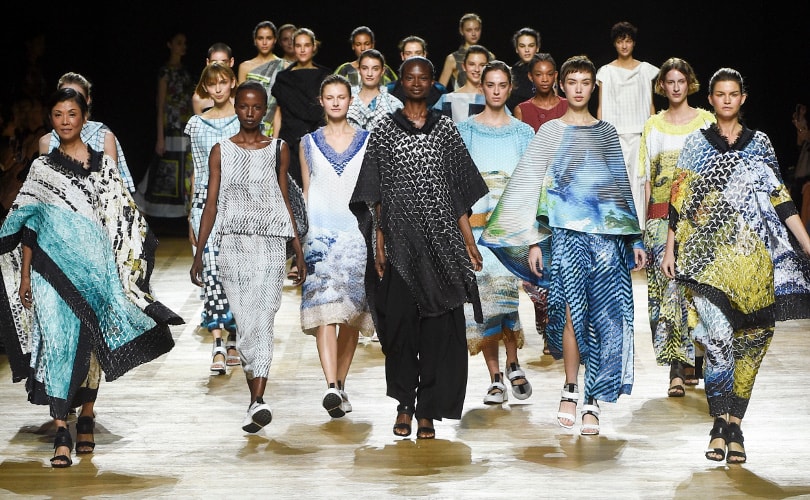 Photographers have risen up in revolt at the way fashion labels and influencers are using their street style images without crediting them, highlighting discontent about the "work for free" culture in the multi-billion dollar industry.

More than 40 photographers who follow the fashion circuit and snap its top celebrities and bloggers as they arrive for shows in New York, Paris and Milan have formed an unofficial union, and have threatened to shame brands and influencers who use their images without permission.

Influencers and bloggers are often paid by labels to wear their clothes and promote their lines in social media posts, mostly on Instagram. And the photographers claim that some influencers with hundreds of thousands of social media followers are making money from their photos while they get nothing in return.

The row raises questions about how the fashion industry works in the digital age, with many people prepared to work for little or nothing to get a foothold in such an outwardly glamorous world. Most models, particularly young ones climbing the catwalk ladder, are paid "peanuts", with one 17-year-old model at Paris Fashion Week telling AFP: "It is pocket money for doing something that I love."

The protesting photographers have begun adding the hashtag #NoFreePhotos to images uploaded to their Instagram accounts, which have more than three million followers. And they have threatened to refuse to tag rogue influencers and instead call them out with the #NoFreePhotos hashtag.

One of the group's leaders, Nabile Quenum, told AFP that the protest was "not about shaming anyone. We are in this together. We are just asking for respect. "Girls get famous because of the photographers. We take pictures of the people we judge cool. When we shoot someone it says they are cool and people look for inspiration from cool people.

"Brands can see (from what we do) who is hot, who is marketable... and who they can pay to lead them to the consumer. Somehow (the influencers) have forgotten that we make them." Quenum, who has been on the circuit for eight years, said most brands and influencers respected "copyright-protected photos".

But a "growing minority" did not, using their images for commercial gain without paying. A Japanese photographer called Koji outside the Issey Miyake Paris Fashion Week show on Friday said he had stopped uploading his images to Instagram because of rampant piracy. "Why should I so people can steal my work and not even credit me. I have had enough," he added.

Influencers 'not being paid'

But the claims that influencers were making a "disproportionate gain" from cheerleading for brands drew a sharp response on Instagram from some bloggers. "The notion that many influencers are being 'disproportionately' paid to wear clothes is quite laughable," said top blogger Bryan Grey Yambao, aka Bryanboy, who has more than 640,000 Instagram followers.

"Do these photographers know how absolutely cheap many of the brands are? A lot of the girls I know are not being paid to wear clothes. Many spend money to go back and forth for 'fittings'... and are often dressed by brands to be on their 'good graces'. All for free!

"Influencers are happy to do all that to develop a (usually disposable) relationship with brands who are more than happy to move on to the next girl with even more followers," the Filipino style guru insisted. Yambao said he understood that photographers had to be paid. "But then again, when was the last time an influencer demanded a model release form from photographers who sell their images to magazines, retailer websites or the brands directly?

"Imagine if every influencer or editor or fashion person started complaining that their images are being taken and sold without authorisation?" he added.

But American photographer Jennifer Graylock said the relationship was "lopsided in favour of the influencer or celebrity. If a photo runs of you wearing designer X you get exposure. Which leads to more followers which leads to more interest in your favour. "However (if the photographer has been credited) they only get the 10 cents and never benefit further." (AFP)

The international Fashion Week season for women's ready-to-wear kicks off in the month of September, with all eyes set on New York, Paris, London and Milan for next seasons latest trends. For all the women's wear catwalk season must reads, click here.