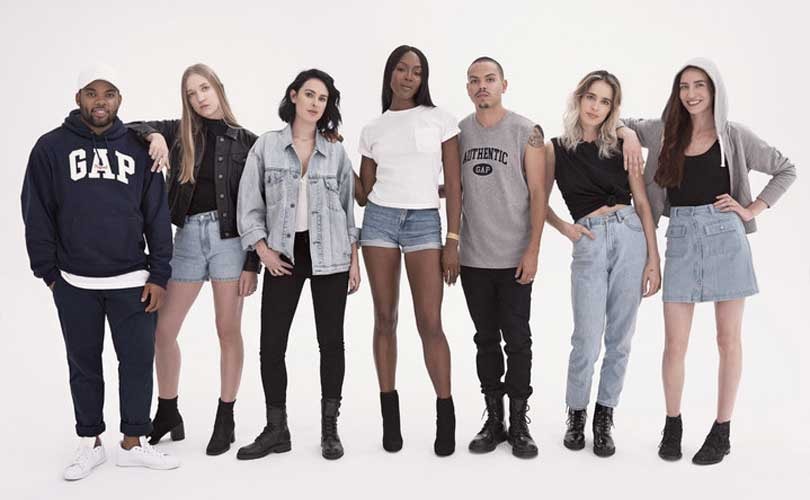 Gap is paying homage to the past with the launch of a new limited-edition collection, the 90s Archive Re-issue, featuring classic pieces from the 90s including the Bodysuit, Reverse Fit and Easy Fit Denim, Pleated Khakis and the Pocket Tee.

The collection will launch online and in selected stores from February 7 coincides with a film celebrating its iconic ads from the period featuring emerging talent cast from the offspring of some of the original stars, alongside a cameo from Gap alumni Naomi Campbell wearing the pocket tee that she modelled in 1992 for her Steven Meisel shoot.

“It’s an honour to be here, in the same outfit that I wore twenty years ago in my Gap ad,” said Campbell. “The creativity in the 90s is something I’m so grateful that I got to be a part of and to see and to learn from and to draw inspiration from.”

Gap chief marketing officer, Craig Brommers, added: “The 90s is having a sartorial moment and we have an archive of pieces that set the tone for that decade commercially and culturally, so it seemed right to re-issue some of those pieces and the stories that come with them.

“'Generation Gap’ came together in a celebration of who was with us then and who we are with now – it has, at its heart, that simple truth that we can take from the past but also celebrate our future."

Commenting on the film, director Calero said: "I was a 'Gap kid' so when the call came through to re-interpret the legendary 90s Gap campaigns, it was a dream come true. The 90s ads set the tone for a whole stream of fashion attitudes and moments. I don't think many other brands could pull off this sort of film with authenticity and heart.”