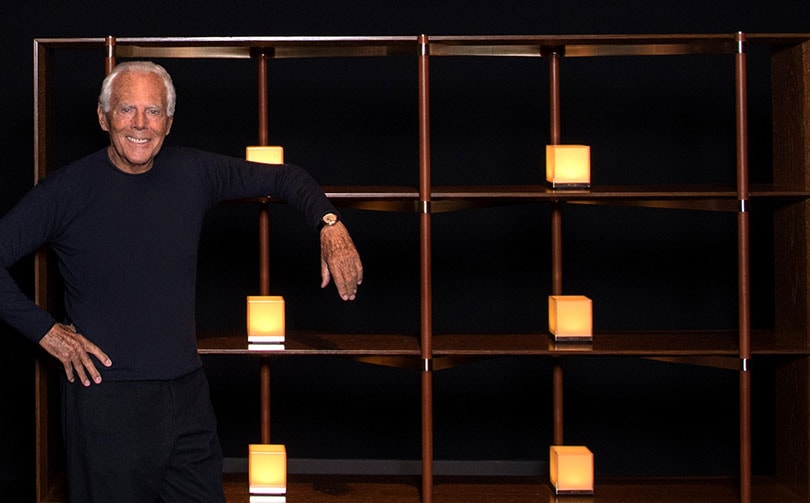 Giorgio Armani postpones collection one season: “The fashion industry must slow down”

Giorgio Armani has finished the current fashion system and is taking a step towards change. The designer wrote an open letter to WWD on Friday, in which he announces to extend the sales period of the Armani summer collection until September. According to the designer, the immediate reason for this development is the corona crisis, which offers a 'unique opportunity to rectify what is skewed'.

In the letter from Armani his dissatisfaction with the current fashion system: the overproduction of clothing and the rhythm of the commercial fashion seasons he calls 'criminal' and 'absurd'. He notes that the luxury segment has increasingly followed the guidelines of fast fashion - an accelerated production cycle, higher production volumes - and that this has caused a 'deterioration of the fashion system'. In addition, he says, "it's bizarre that in winter there are only linen dresses in stores, and in summer jackets made of alpaca wool (...) who buys a garment and then leaves it in the closet for months, waiting for the right season? This mindset is wrong," says Armani, "and must change."

Armani sees the corona crisis as an 'opportunity to slow down and straighten everything out'. With his own company he is taking a step in the right direction. "After the lockdown our summer collections will remain in the shops, at least until the beginning of September," Armani announces in WWD. "And we will continue to do so from now on."

Armani ends the letter with a fiery appeal to other fashion companies. "It must be over with fashion as pure communication, over with cruise shows being held all over the world (...) they are huge but meaningless waste of money," says the designer. He argues for a revaluation of 'authenticity' and 'the human scale'.

Agree or disagree? Let us know via tip@fashionunited.com. Your reaction may be added to this article (after consultation).
To find out more about the impacts of Covid-19 linked to the fashion sector, visit our dedicated page.

This article was originally published on FashionUnited.NL, translated and edited.