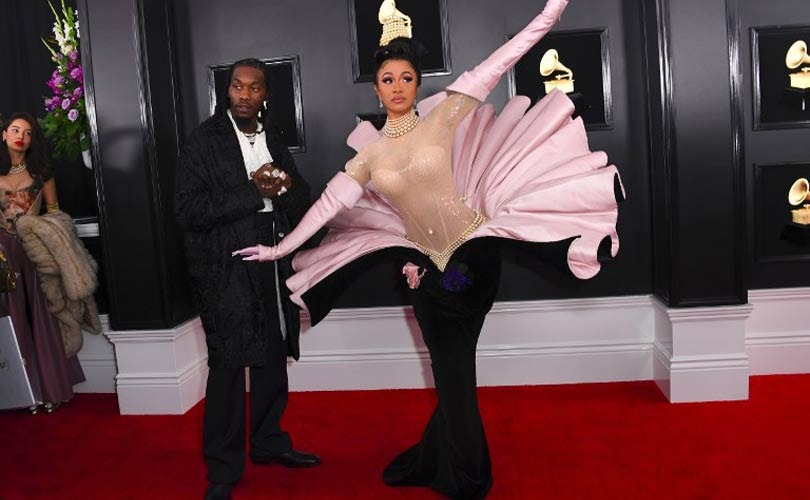 In 2018, the Grammys red carpet was full of stars wearing white roses in support of gender equality.

This year, with women better represented among the nominees on music's biggest night, music's A-list went back to red carpet basics Sunday. That means sex appeal, lots of trouser suits and rock-star glamour.

And for others... it means pro-Trump attire.

Here are some takeaways from the red carpet on Grammys night at the Staples Center in Los Angeles: 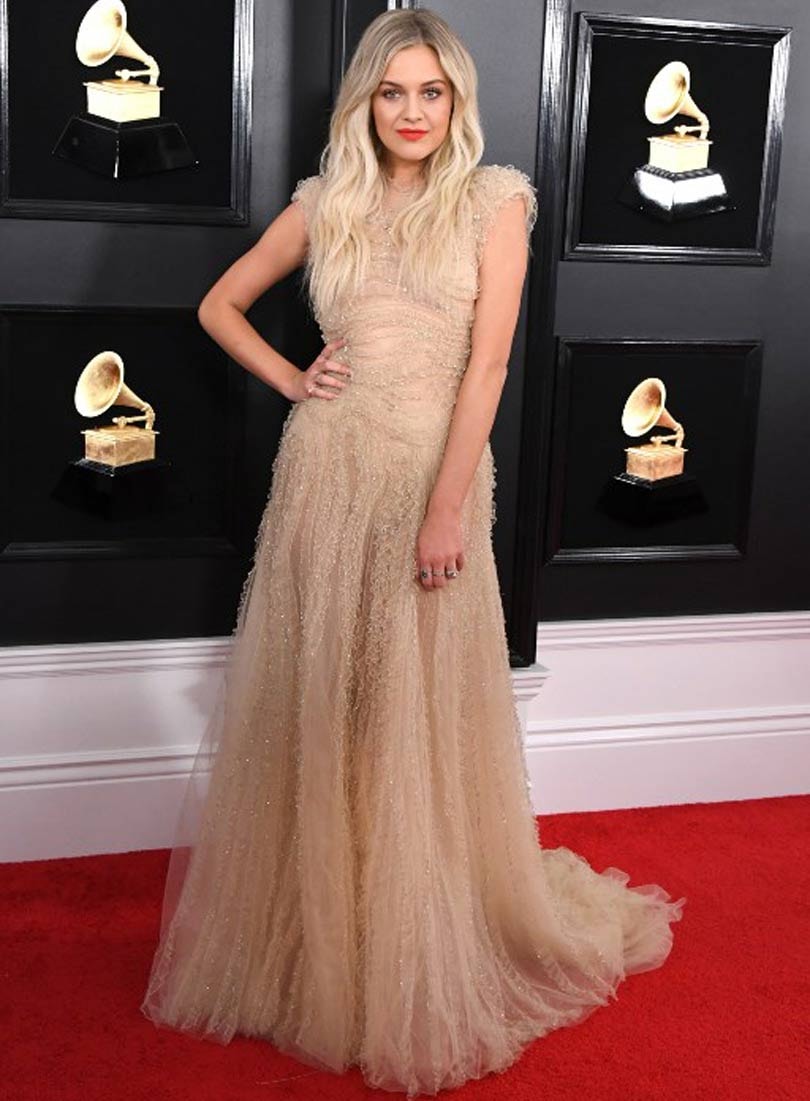 Host (and 15-time Grammy winner) Alicia Keys has promised the "sickest" gala ever, with lots of red-hot performances. But there was a lot of red-hot fashion as well.

The "Girl on Fire" singer brought the heat in a plunging V-neck red Armani gown, with button detailing down the front.

And Bebe Rexha, who went on a social media tirade over designers who refused to dress her because she was "too big" -- fluttered onto the carpet in a cloud of red tulle. 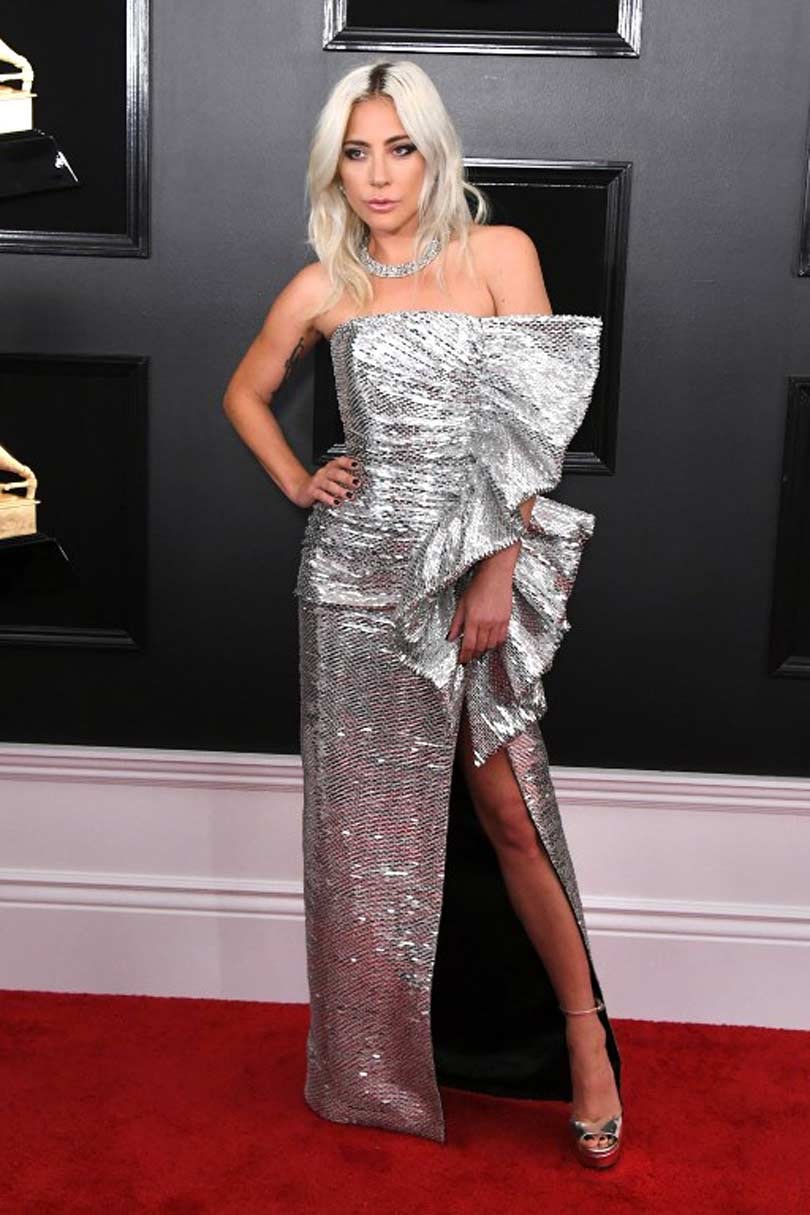 Rap's woman of the moment, Cardi B, made quite an entrance in a dramatic vintage Thierry Mugler couture gown that erupted from a dark mermaid skirt in a fan of pale pink pleats behind her.

Elbow-length gloves and a cone of pearls atop her head finished the look -- Cardi B brought her fashion A-game.

Sultry Cuban-American singer Camila Cabello, who opened the ceremony with her mega-hit "Havana," went for something simpler -- she glittered in a sparkly high-neck, long-sleeve, but backless, pink Armani gown.

Country star Kacey Musgraves, already twice a winner on Sunday in the early portion of the awards ceremony, opted for an ultra-feminine strapless pale pink gown with a fan bodice and a darker sash.

Men can rock pink as well, as nominated rapper Post Malone showed -- in a full pink suit with glittering stars all over it. 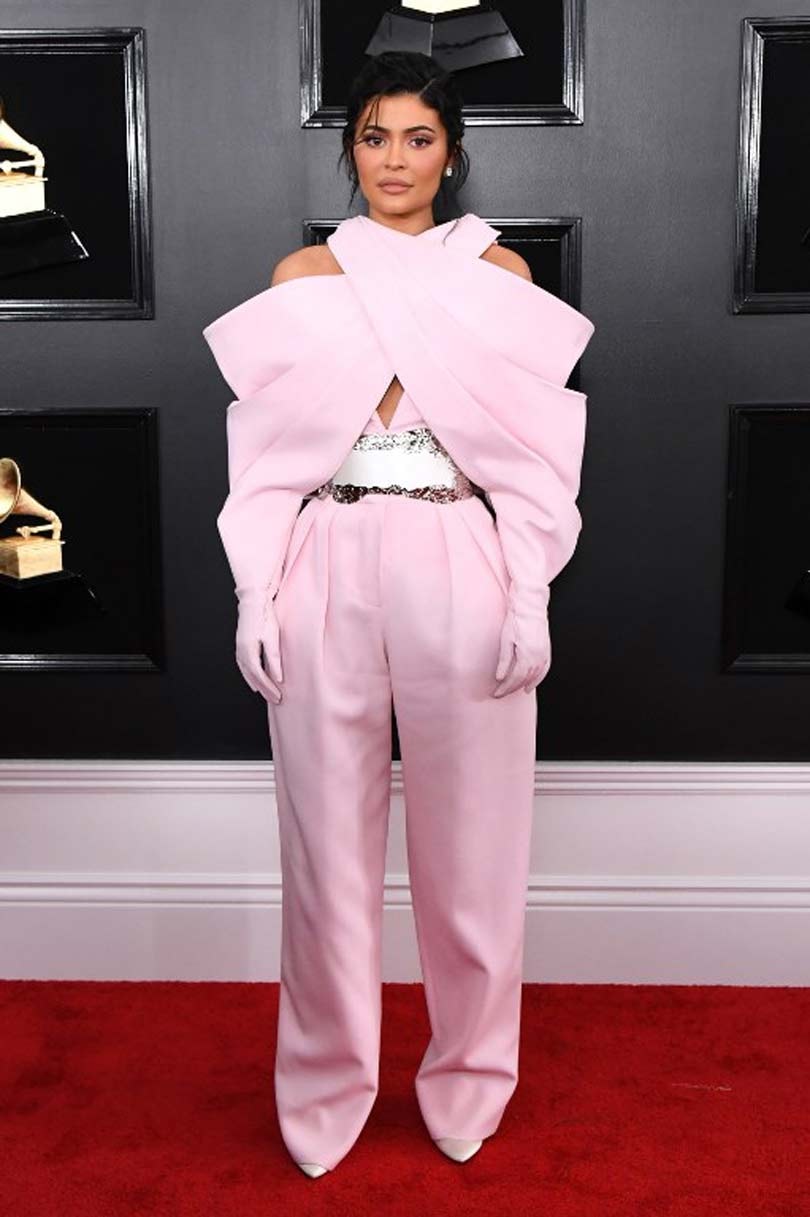 Pants are hot (not hot pants)

The women of music came ready to play -- and for top female nominee Brandi Carlile, pop star Miley Cyrus, Meghan Trainor and others, that means trousers.

Carlile rocked a smart tuxedo-style suit with a long coat while Trainor opted for a white jumpsuit with a deep neckline.

Former first lady Michelle Obama earned a screaming ovation when she made a surprise appearance at the start of the show in a gunmetal pantsuit with a kimono-like jacket. 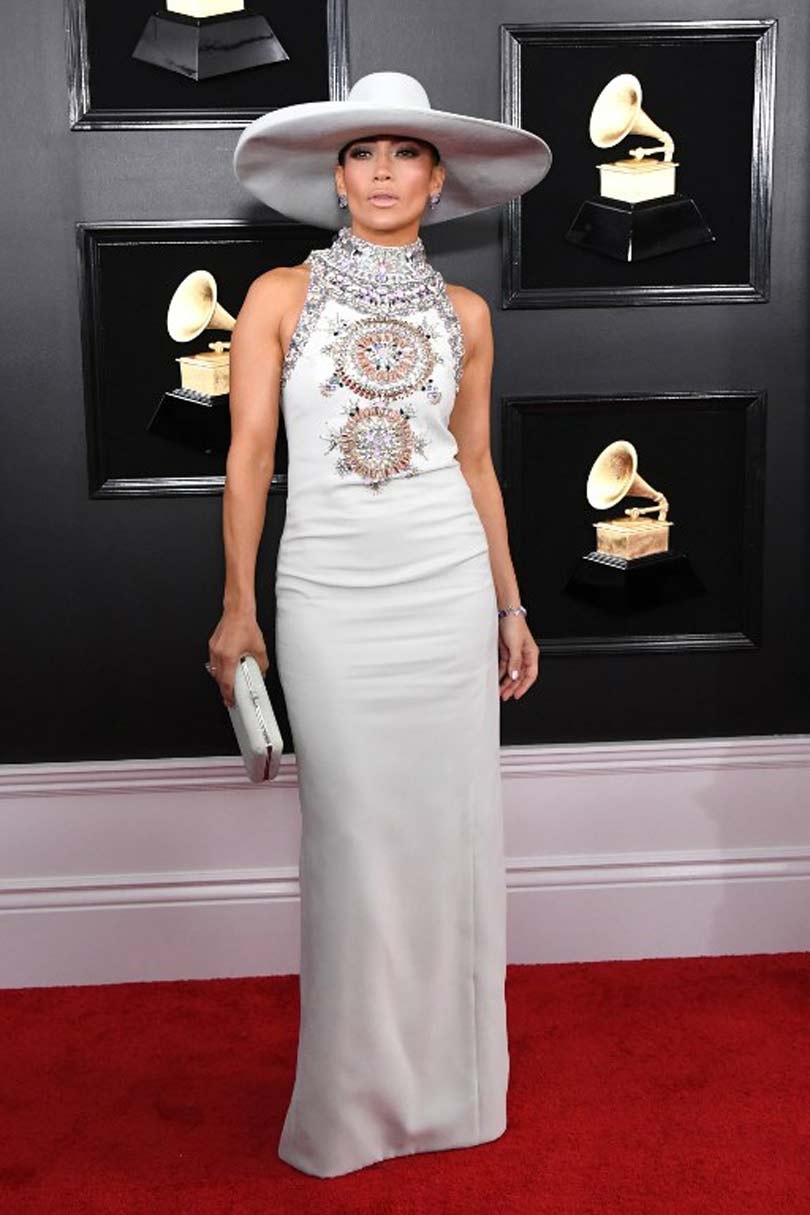 You don't see too many hats on other showbiz red carpets during awards season at the start of each year, but the Grammys style parade is in a league of its own.

Pop futurist Janelle Monae led the charge with her jaunty angled golden flying saucer hat, while Lopez made a statement in a wide-brimmed hat that for many resembled one worn by First Lady Melania Trump last year.

On the men's side, funk legend George Clinton -- who is receiving a lifetime achievement award -- wore a futuristic helmet that made it somewhat hard for him to see.

The Wall (not the one by Pink Floyd)

Showbiz is generally unkind to Donald Trump, but a few with Grammys invitations have used the red carpet to show their love for the Republican president -- and boost their social media profiles.

Singer Joy Villa wore a red, white and blue Make America Great Again gown in 2017. This year, she went for a statement about Trump's plans to build a wall on the border with Mexico: "BUILD THE WALL" was scrawled in red on her white gown, with a brick pattern... like a wall.

Ricky Rebel looked like he had repurposed Villa's gown from two years ago, arriving in a red, white and blue Trump-MAGA jacket.(AFP)