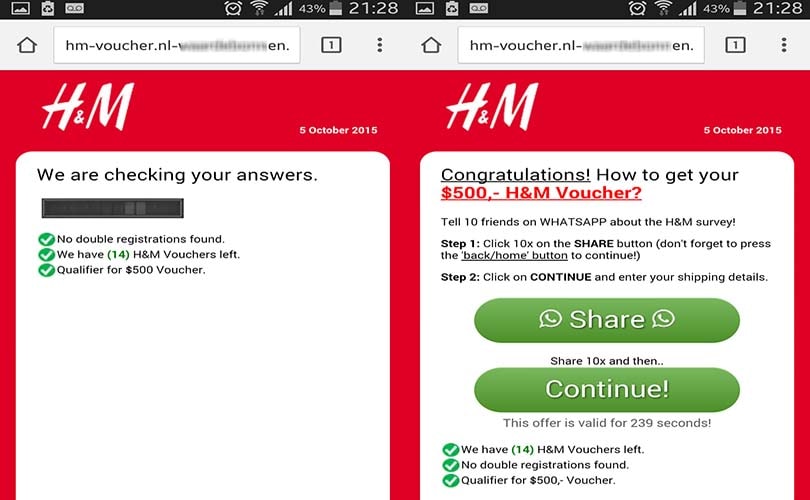 London - H&M is the latest brand caught up in a fraudulent promotional offer on popular messaging site WhatsApp.

The Swedish retailer appears to offer users a 50 euro discount, but instead users who click on the ad are charged 4.99 euros every week as part of a scam subscription.

The faux promo consists of a message coming through a contact in your address book and invites you to click on the attached link to take advantage of the elusive discount.

Once the user clicks on the link, they are diverted to a fraudulent website and asked to complete a form with personal data, including forwarding the original message to other ten contacts to finally access the "promotion".

Many international brands have been targets for scam promotional offers, including Zara, Starbuck, McDonald's and Ikea.

In many cases users are lured by a series of customised fake surveys that adapt to the city and language of the user that receives them. It all starts with a message in WhatsApp that can be in English, Spanish, French, German, Portuguese and other languages, according to where the IP address of the user belongs. It offers a voucher usable in the correspondent store, and the currency also changes depending on who receives the survey.