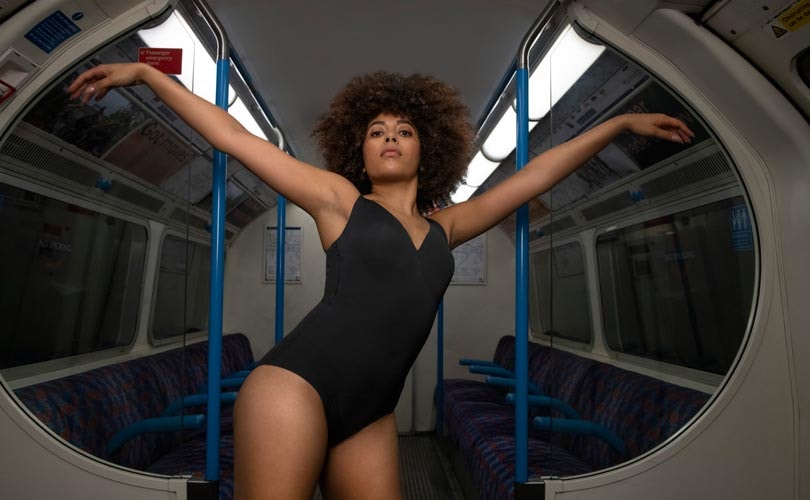 London - Heist, the British brand that has shaken up the hosiery market with its “no digging in, sagging or restriction of movement” tights, has now unveiled its new innovative shapewear garment, The Outer Body.

The new product launch follows the appointment of Fiona Fairhurst, the inventor of the revolutionary, multi-gold-medal-winning FastSkin swimsuit, as vice president of innovation earlier this year. Led by Fairhurst, Heist has applied technology never before used in underwear to create shapewear that it states removes the “struggle, sweat and squeezing” typically associated with shapewear.

Whereas existing shapewear is composed of elastomeric fabric that applies equal pressure around its circumference, The Outer Body uses revolutionary biomimetic film technology to mirror the body’s own support system, so “moves with the body, rather than against it”.

The result is shapewear that contours the stomach, without “placing redundant - and deeply uncomfortable - pressure on the groin and spine” added the brand in a press release.

Heist adds that the The Outer Body applies pressure only where needed, meaning there is no struggle involved in putting it on.

Commenting on the launch, Fairhurst said: “We wanted to give women freedom by giving them something better. While intimate apparel is the fastest growing market within apparel – with the shapewear market expected to reach 5.6 billion US dollars by 2022, 5 percent of the global lingerie market – there is very little catering to the comfort of women.”

Toby Darbyshire, co-founder and chief executive of Heist, added: “We asked 1,025 women who wear shapewear what they actually wanted from the product, and this disillusioned and dissatisfied group told us: no squeezing, sweating, or struggling into something that’s not worth it. So, we applied high-performing technology to our bodysuit from top to bottom.

“We set out on a mission to change the future of underwear and started with tights to prove a point – that women’s bodywear has been neglected, overlooking an important scientific and technological focus that it deserves. With this new launch, we have applied our philosophy of innovation and expert knowledge of the anatomy to a very specific product that has been crying out for an overhaul.”

Heist was founded in 2015 and has reported a 20 percent month-on-month sales growth from October 2015 to April 2018. It has also secured backing from a number of high-profile investors including Net-A-Porter founder, Natalie Massenet, Bella Freud and Alexachung investor, Pembroke VCT, and the founders of the Innocent Drinks company.