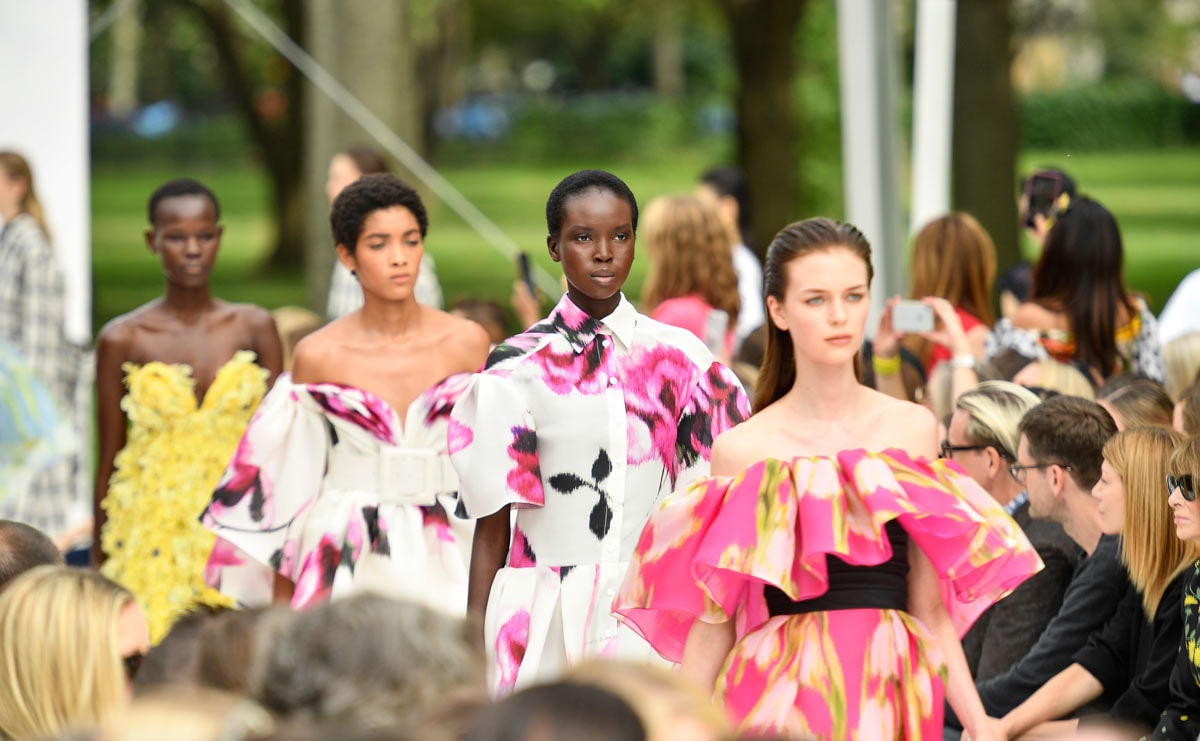 Take a look at the highlights from day three of New York Fashion Week on Monday.

The spring 2020 lineup showed that he is evolving the label since taking over from the eponymous founder in 2018 rather than revolutionising it.

Pink, yellow, blue and orange were all prominently featured as Gordon, 32, created shapes and prints inspired by nature.

New York native Sandy Liang's eponymous brand has come to embody an innate sense of cool since launching in 2014, and Monday's show enhanced that image even further.

Liang, 28, has become synonymous with hip outerwear inspired by a childhood spent growing up in Manhattan's trendy Lower East Side, with frequent visits to nearby Chinatown.

Through her work, she has made fleece jackets -- her signature piece -- cool again thanks to her own nostalgia for the 1990s.

She drew inspiration from "when you're a kid and you're running around and your mom throws a jacket on you. It was really fun to turn that into my own thing. And now it's its own thing in the collection every season," she said.

Designer Victor Barragan has been challenging stereotypes about Mexico since his first collection in 2016, repeatedly breaking with American clichés related to its southern neighbor.

His spring 2020 show again challenged the notion of the hypermasculine Mexican male, injecting a sense of femininity through torn t-shirts and low-cut tank tops that evoked female cleavage rather than male torso.

Prominent colors included a seaweed green, cobalt blue and mustard yellow. The 45-year-old American designer also praised the decision by Fashion Week organizers to reduce the length of the event from seven to five days.

"It's nice. It makes everyone just sit up and take it more seriously instead of letting the energy dissipate," he said.

Chilean-born British designer Maria Cornejo wowed with a series of chic, comfortable clothes such as structured jackets and fluid dresses, including some in satin.

She told AFP that her show was about "the age of possibility." "Now we take for granted travel, technology, industrialization and so it's really incredible to find again that age, that naivete and that innocence. I thought that was a nice way to try to feel fresh," said Cornejo.(AFP)