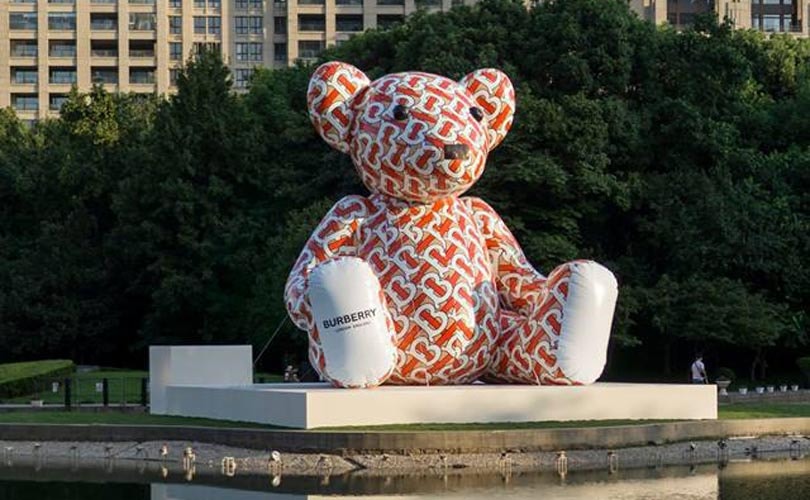 Fashion fans have been abuzz lately over Celine’s recent removal of its accent mark and the unveil of the new Burberry logo and monogram. Burberry’s previous logo had been in use for over 20 years, becoming an integral part of the brand’s aesthetic identity. Hedi Slimane opted for the simplification of the Celine logo as a first big move in his role of creative director, similarly to how With the help of acclaimed graphic designer Peter Saville, Tisci swapped out the Bodoni font and stylized knight symbol for something more clean and modern: a sans serif.

While the press seems to be in agreement that Burberry’s rebranding is positive and a teaser for good things to come, and are eagerly awaiting Tisci’s first runway show at Burberry next month, to truly determine the success of a new logo, the customer must be considered. And Burberry fans are not yet pleased with the recent changes, having taken to the Twitterverse to lodge complaints such as , “I've loved Burberry for years, but this screams pandering to the youth & the opposite of the class @Burberry has always been. Even [to] the most eclectic millennials this is trying reach do not like it. Get rid of it ASAP.”

Gap tried to introduce a completely new design to its signature label in 2010, though consumers responded negatively to the new logo. After less than a week, Gap returned to their original logo. “Ultimately, we learned just how much energy there is around our brand,” Gap said. “We always listen to our customers and we heard them say over and over again they are passionate about our blue box logo and they wanted it back so we made the decision to do just that.” The ordeal reportedly cost the brand 100 million USD.

Does rebranding change a company's consumer-base?

When logo rebranding tells a story, it is typically is well-received by a company’s consumer-base. This can spark consumer engagement and brand awareness. While Gap’s customers did not favor the break from tradition, other brands experienced much more success in telling a new chapter in their stories through logo rebranding. Diane von Furstenberg, Calvin Klein, and Converse took a turn down the contemporary-fonted logo route last year, telling stories through the rebrand of executive turnover or listening to consumer feedback, as the latter cited.

Converse shared that as the brand aims to speak to each generation’s youth, their marketing must adapt to changing environments. “Engaging with them requires us to think and behave in new ways. And we’re listening,” the brand stated. Converse shared that another driving force behind the logo rebranding was an aim to create new awareness and to “reignite our brand identity and purpose.” The response over the last year has been positive, as the brand stated, “Our retail partners are connected to the purpose and the brand is driving closer connections between Converse and its highly-engaged consumers.”

While some brands launch new logos to respond to consumers’ evolving interests, others do so after executive changeovers to engage with the consumer, sending a message of introduction to a new direction in visual identity. Such was the case with Diane von Furstenberg, as the brand’s logo change came shortly after Jonathan Saunders was instated as creative director. A rebranding at this time allows the brand to give a slight nod to their consumer and show them what they can expect aesthetically. As Saunders said , “I’m very excited to finally share with consumers my vision for DVF. We have taken the brand’s core values and energised them for our modern woman.”

There is a need to drive brand awareness and consumer engagement when new creative direction steps in. Burberry’s new look has not only garnered attention from consumers, but it conveys a new iteration of its brand identity as it moves forward. In fact, one Twitter-user actually commended the new logo for Burberry, writing, “Its pretty cute. Im not sure about how it will translate for older Burberry fans but i like this print and am excited about this new direction [sic].”