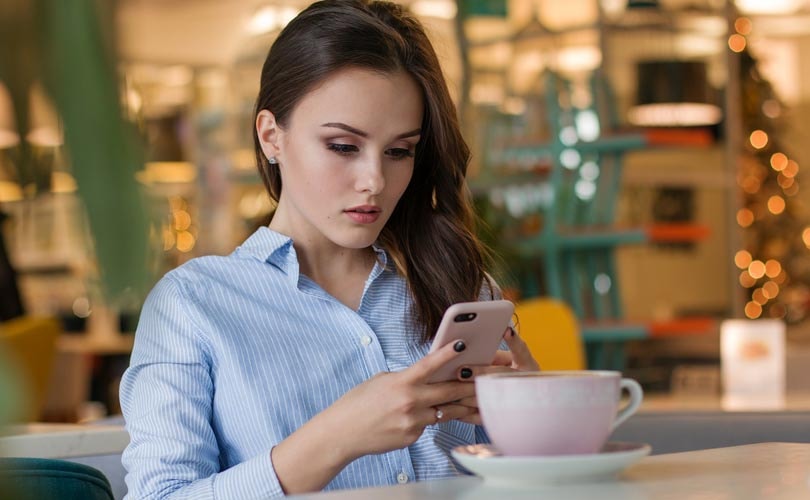 On the heels of the revelations that Cambridge Analytica used the fashion preferences of Facebook users to manipulate them politically, with sets of data revealing that Vogue readers and Abercrombie & Fitch shoppers were considered to be more liberal and open-minded than customers who liked Wrangler, we’re more suspicious of social media than ever. Facebook’s shares and market worth have plummeted during this rocky year for Mark Zuckerberg. A Pew survey of U.S. residents, showed that 44 percent of respondents between the ages of 18 and 29 had deleted the Facebook app from their phone in the past year. But examining family values, as Instagram is owned by Facebook, will the Clarendon-filtered bloom leave the rose there too? Data deep-dives are happening to us while we innocently scroll through cappuccinos, sunsets and shoes, and every click leaves an incriminating trace so that our handheld devices are becoming more like monitoring bracelets.

This week esteemed fashion journalist and Vogue.com's Chief Critic, Sarah Mower, posted a series of Instagram messages to her followers describing a journey she made deep into the verbiage of Instagram privacy settings to eliminate what she called an ad infestation on her feed. Some of her findings included a section which describes how the platform collects the content, communications and other information users provide when they use their products which can include “what you see through features we provide, such as our camera…” The reaction of her followers was generally of alarm. Now our camera is spying on us? 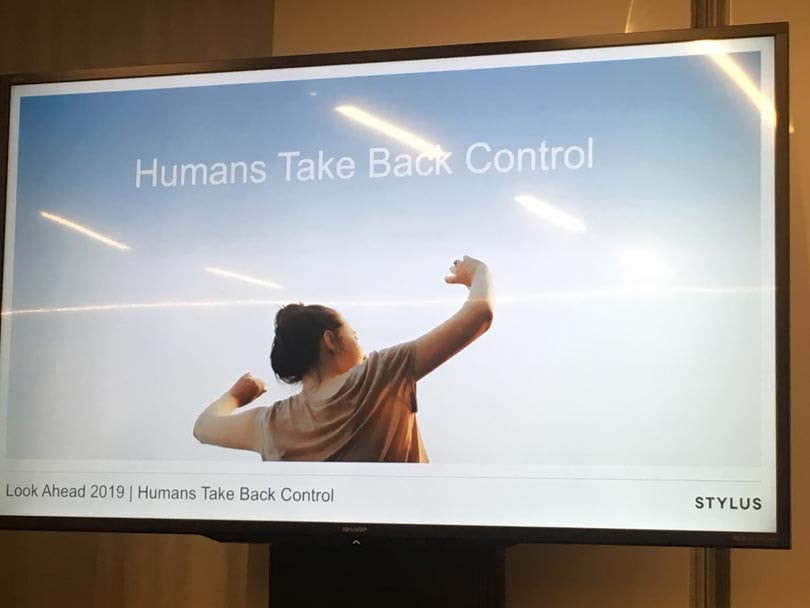 That’s certainly the Orwellian side of social media. But there are other insidious factors to our relationship with it that are worth our attention. During November’s Decoded Future summit organized by Stylus held in NYC, experts explained that we are heading towards a screenless future in which what has happened with voice activation in Alexa will also soon happen in vision. But as MIT released findings last year that 75 percent of children believe Alexa always tells the truth, and as technology becomes seamlessly aligned with our senses, are we literally about to lose our senses? We’re all familiar with the statistic that students graduating college today are 40 percent less empathetic than the previous generation.The selfie has overtaken the self and hyperactivity to stimulus from our phones is leaving us exhausted. As we invest so much of ourselves on social media, it turns out that #LivingOurBestLife might be the opposite of what we’ve been doing. The five experts making this point and explaining that the major trends in building technology now put the human front and center sat under a banner reading “Time well spent: Winning the tech tug of war and embracing empowerment.” Has our relationship become a tug of war?

Storytelling for brands has been a fundamental part of Instagram’s appeal to our industry but the counter-argument in all creative fields centers around the falling away of craft over the rise of slick image-making. Shelley Fox and Joff who direct the MFA in Fashion Design and Society at Parsons urge their students to use social media as a tool but actively caution against creating anything that is not of the highest quality or “something that can only exist on Instagram.” In a recent interview with FashionUnited, they said,“The speed in which collections are shared on social media is polarizing. It can often be challenging for an emerging designer, giving a false sense of security. Everything is very content driven these days and media outlets aren’t necessarily always interested in supporting designers long-term but are often largely driven by consistently having to deliver newness to their audience. Today you can be the new hot thing, but tomorrow it will be someone else.” 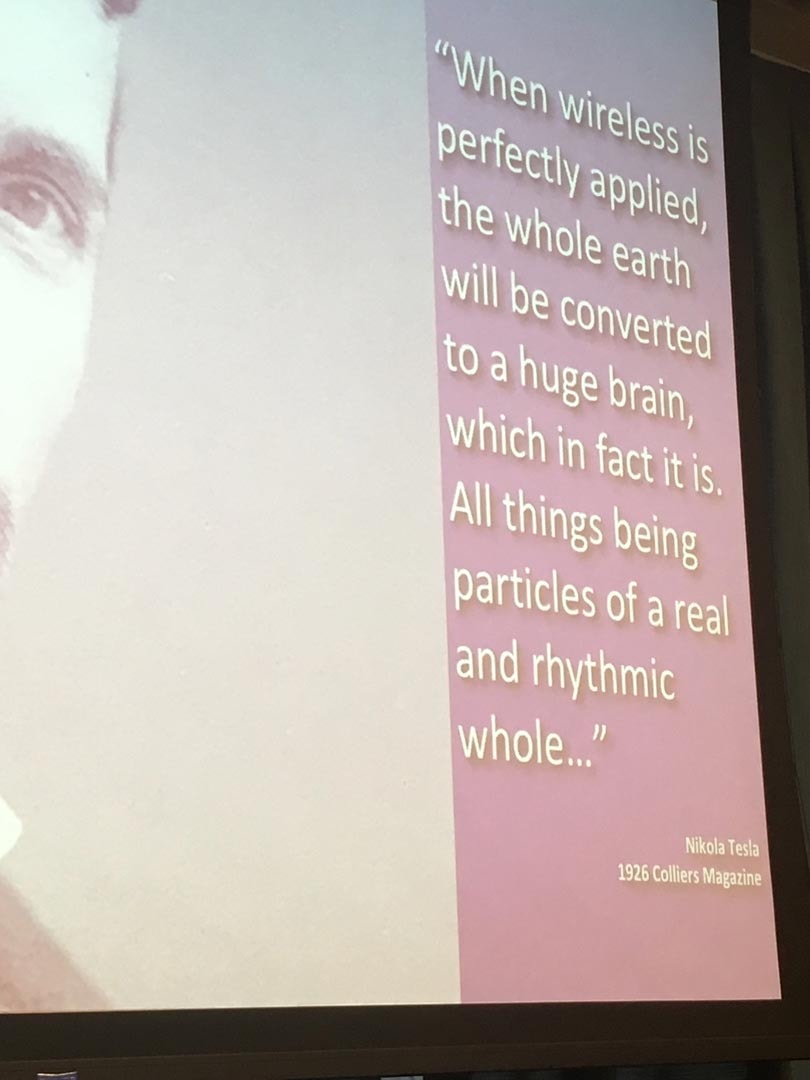 An early pioneer of technology in fashion, and an intellectual storyteller, designer Hussein Chalayan, covered narratives dealing with immigration, cultural identity, religion, and the speed of digitization, within his thought-provoking collections. In an October interview with Indie, he said, “Social media on one hand is a great tool to communicate, but on another level I think that it creates so many kinds of data and information data that there is a sense of entitlement for people. They think they know something because they’ve seen it, but I don’t think that’s necessarily understanding, because seeing doesn’t mean that you understand.” Which brings us back to losing our senses again.

Offline engagement is where tech’s at

The emphasis on the offline human experience over online engagement is even unexpectedly prioritized by the very brains behind social media technology themselves. A recent NYTimes article examining the childrearing habits of Silicon Valley execs and their wives, states that, “Child care contracts now demand that nannies hide phones, tablets, computers and TVs from their charges.” We might indeed be living through the glory days of Instagram but this perhaps points to a potential lack of longevity for our preferred social media platform as generations coming up might not be so enthralled. And if the execs are fearful, shouldn’t we be too? One nanny interviewed for the article said, “Almost every parent I work for is very strong about the child not having any technical experience at all,” and describes trips to the park, arts, crafts, and board games as the order of the day.

As Lisa Kindred, founder of Mindful Technology said at Decoded, “Being highly connected used to mean being plugged in, but now we’re at a point where time investment is critical.” So if this is a relationship that, although fraught with concerns, we’re still not quite ready to quit, perhaps we can accept that at least we need to be less co-dependent. Perhaps it’s time to go back to just seeing each other a couple of times a week, and free up some hours to enroll in that needlepoint class or join an angling club.