Although the official launch party has only just taken place, Ishu’s collection no longer consists only of ‘invisible’ scarves. The range has been expanded with anti-flash ties, pocket handkerchiefs and phone covers. Ishu has also revealed the launch date of the active wear line.

The Dutch designer Saif Siddiqui made world news in the past months with his innovative scarves with a unique purpose. The accessories have the ability to disrupt photographs taken with a flash. Ishu scarves contain innumerable microreflectors which capture all the light and light up the scarf when a picture is taken with flash, so that its wearer and the surrounding area are rendered in darkness. 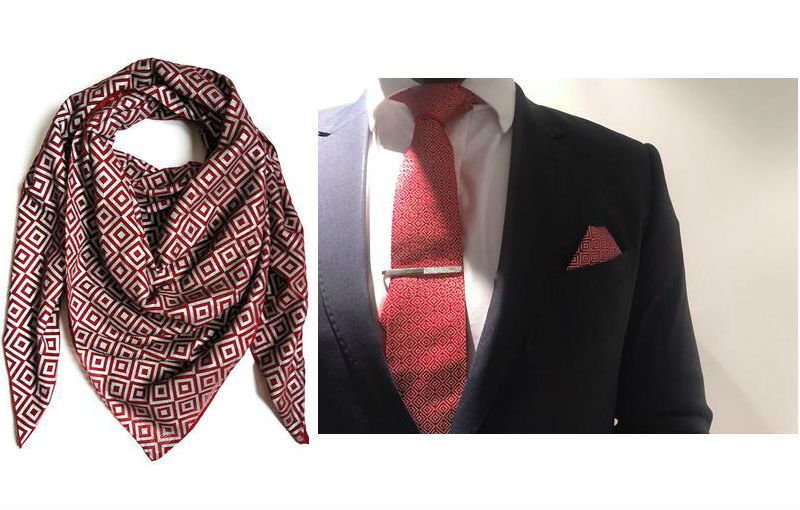 ”With the Ishu, people can reclaim their privacy. You choose whether you want to be photographed or not,” says Siddiqui. No wonder that celebrities like Nick Jonas and Cameron Diaz are fans of the scarf.

The new items with the same light-reflecting function are available for pre-order on Ishu’s online stores. The tie and pocket handkerchief are available as a set for 80 euros, while the phone cover costs 70 euros. A veritable steal compared with the scarves, which retail for 339 euros to 419 euros.

Ishu will launch his active wear range for men, women and children on August 22. The collection items and prices are being kept under wraps for the time being.