New York - As 2017 draws to a close, and the objectification of women has contributed to the downfall of giants of Hollywood and politics, the Victoria’s Secret fall we’ve been hearing about is that of Chinese model Ming Xi who took a tumble on the 2017 runway when her floor-grazing gauze train met the towering heel of her gladiator sandal. “The Great Fall of China,” blared Page Six, while other slavering media outlets, disappointed perhaps there was no nip slip for a two-for-one photo op, heaped praise on the “smiling” model for how “gracefully” she handled her "epic" and "scandalous" mishap as she staggered upright under the weight of the cherry blossom trellis strapped to her back. This ‘superbowl of fashion’ as Victoria’s Secret fashion show has often been labeled has never seemed less super or more out-of-fashion. 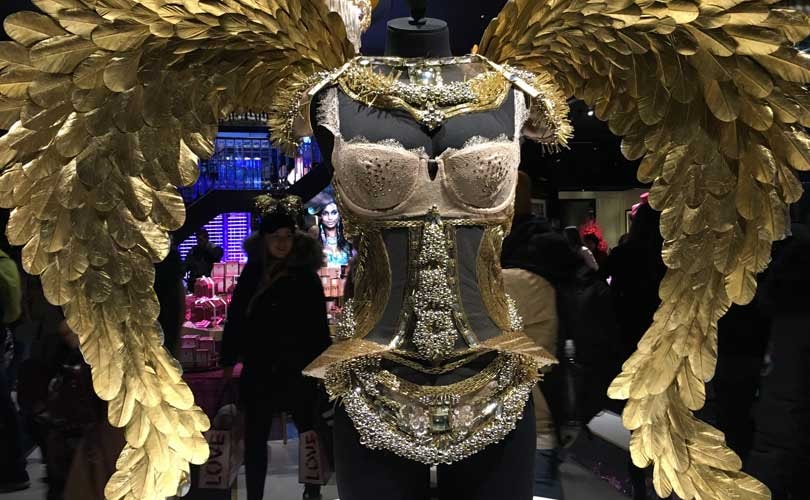 This year’s visa denials by the Chinese government for Gigi Hadid and a handful of other models due to, among other issues, perceived racism, and the cancellation of Katy Perry’s appearance following her offensive sunflower dress and Taiwanese headscarf last year were examples of highly documented snafus leading up to the Shanghai show. But what if this was really the universe subtly saying, “Come on Victoria’s Secret, your time is up”? Obviously, they didn’t get the hint because subtlety doesn’t count for much in this retrograde Vegas-style panty parade where native American regalia, Orientalism and Maasai beadwork were still heaped onto this year’s confetti-sized garments despite annual outrage around the brand’s belligerent cultural appropriation. Just last year one angel was wrapped in a dragon, a cultural symbol of China, so perhaps it’s not surprising that the country’s government pushed back this year. To compensate the brand did use six Chinese models on the runway. That’s two more than last year.

The mark of an angel

Otherwise, the tried and tested formula of mostly white girls with ample chests and slim hips was still the prevailing ideal for getting one’s wings in 2017. And the brand is taking its neon-lit carnival of non-inclusivity farther afield. Victoria’s Secret opened its first flagship store in Shanghai in March. The booming Chinese market will be extremely appealing to them, and that traditionally conservative climate might also find Victoria Secret’s cartoon boudoir image new and risqué. But in Trump’s America, as empowerment goes, the narrative that these trussed-up Barbies boasting of Olympic athlete-level training regimes of squats and kickboxing to slip into gilt wings and 600-carat crystal-coated fantasy bra for a two-minute turn on the runway rings hollow. It’s not the elevation of females into goddesses, but diminishment; the show promotes female Icaruses who daren’t dive too low (we are angels, after all) nor soar too high or we’ll get burned. Now there’s a message. 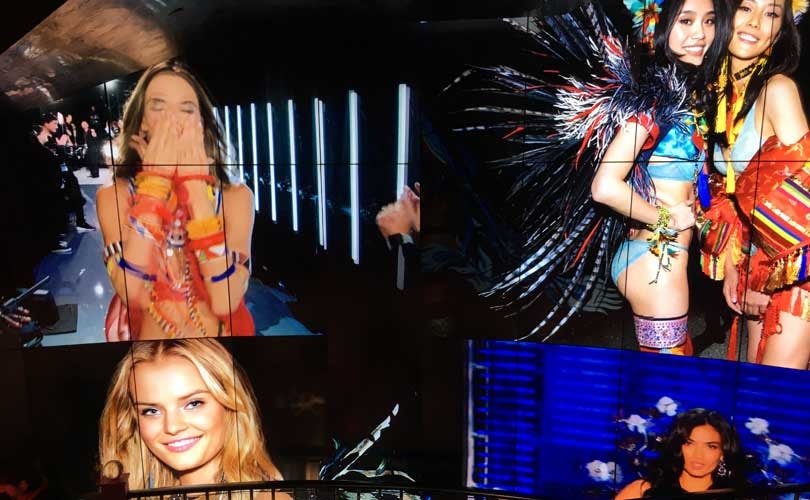 Out of step, out of mind

Refinery29 cites 2016 television viewership figures at 1.4 billion, which equates to about 19 percent of the world’s population across 196 countries, leading us to deduce there are still many who buy into this patriarch-sanctioned notion of female empowerment, at least for entertainment value. But the growing number of those who don’t are making themselves heard where it counts. L Brands which owns Victoria’s Secret has struggled throughout 2017 with lagging sales and stock prices down 6 percent for November, losing market share to competitors like Aerie who hit the headlines for their diverse and female-friendly Aerie Real ad campaign. Victoria’s Secret reported an 11 percent slip on sales from this time last year. While college-age students used to flock to Victoria’s Secret for fun, affordable decadence, today’s comfort-seeking Millennial is not finding her preferred item, the bralette, among the brand’s heavily constructed underwired and padded offerings. Victoria’s Secret is not only out of step with the culture but out of step with the customer. 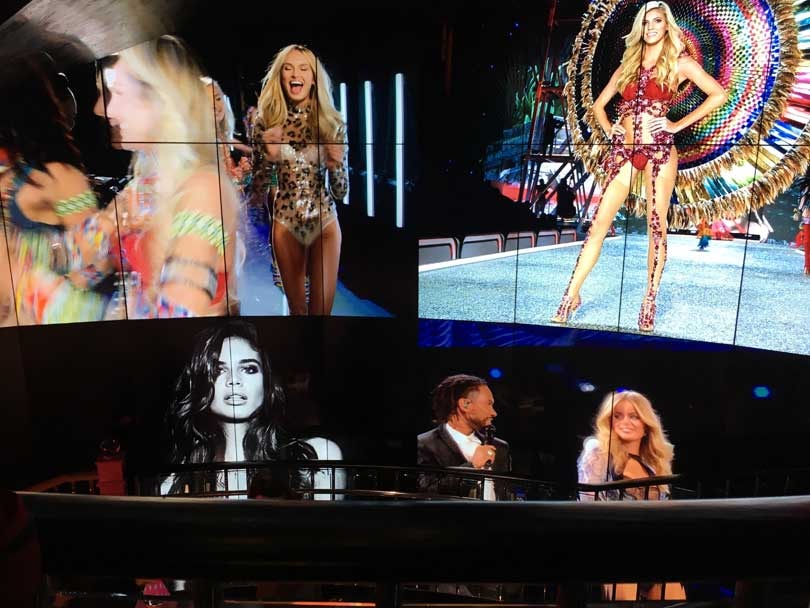 Exalted by entertainment media channels as “the most-anticipated fashion show of the year” but having little to do with trends, innovation or experimentation, one can even pull the brand’s fashion credentials to pieces, especially as they killed their apparel collection last year. The same small triangles of fabric are riveted, feathered, ribboned, tasseled, sequined and accessorized with over-the-knee-superhero boots in a formula so repetitive that one year could be layered on top of the next. On a “happening” level, the show can hardly be compared with Raf Simons’s debut at Calvin Klein for example––now that was anticipation. One could say it has about as much to do with fashion as the swimwear portion of Miss Universe, and its taste level is often on a par with a night-before-Halloween raid on Ricky’s. And when the need for diversity has reached critical peak on the runways of New York Fashion Week, Victoria’s Secret appears to have stopped evolving past 2009. At a time when honest depictions of women in the media are what’s resonating, angels look flighty, ephemeral and weak.

Because it turns out women don’t need wings, and it’s no longer a secret.

All photos author’s own except header image: Jewel Samad / AFP