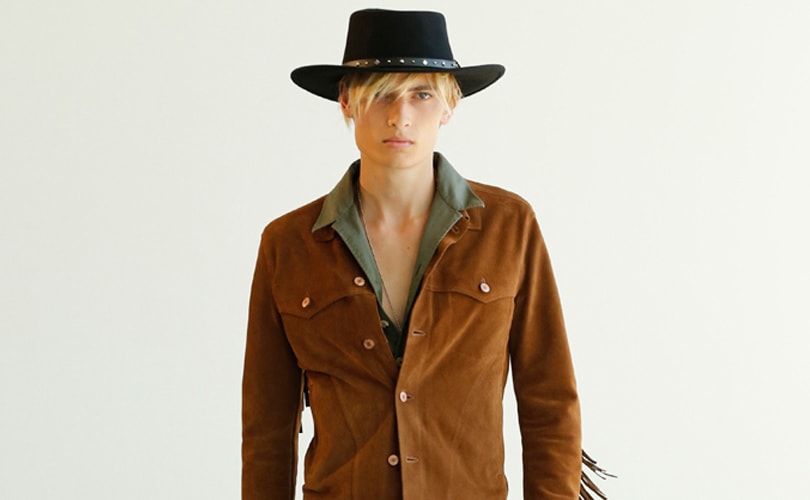 J. Lindeberg thinks that the seventies cowboy look should make a comeback. Surprisingly, they might actually be on to something. On Thursday, the Swedish luxury label gave a presentation of their spring/summer 2016 collection, and it was true to the classic tailored but European edgy style that is J. Lindeberg, despite the American cowboy elements. How they managed to make the cowboy look become so chic was a task that only J. Lindeberg was capable of.

The collection included skinny jeans, fringed, suede jackets, and even cowboy hats. Drawing inspiration from a cowboy theme simply wasn't enough, they had to go all the way and ensure that they had the hats. The Western theme wasn't the only element present in the J. Lindeberg's collection.

Elements of the rocker chic style were prevalent with the evening blazers and black skinny jeans and trousers. A fusion between the world's of Western and rock probably wasn't something anyone in the industry would have predicted, but it made for a collection that was the perfect touch of edgy, and also showed that men's wear isn't afraid to get more feminine as well.

Silk shirts were styled with jewel tone scarves and the cut of the suits was extra slim. The contemporary luxury label always knows how to give the right touch of everything without going too overboard. GQ once described J. Lindeberg as one of the most underrated men's labels in the world, but, thanks to designer Jessy Heuvelink this all seems to be changing, and the dapper and edgy Swedish label is finally getting its due.