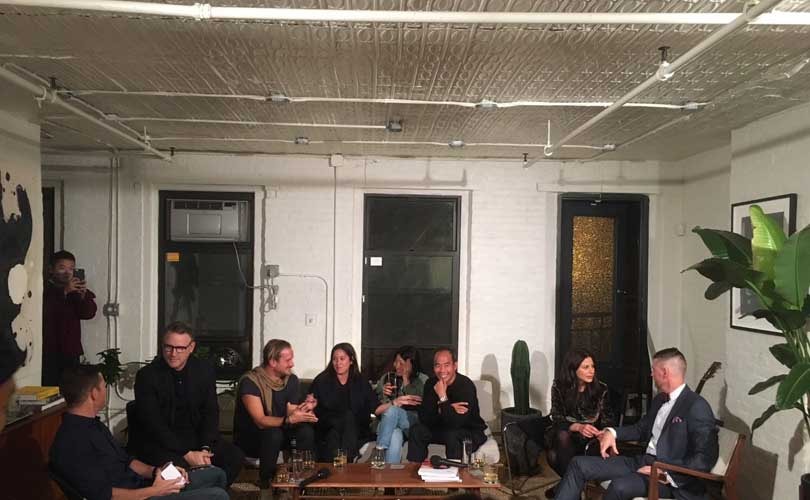 The inaugural Joe’s BlackBook salon took place last Thursday with a glittering panel of speakers, a full house what one panelist called “the best looking group of people in one room in downtown Manhattan,” and even a drinking game around the many mentions of Instagram. Introduced by Sean Kwon as “the first of an ongoing series of conversations to educate, to inspire, to foster creativity in our community,” and entitled Perspectives, it revolved around the topic of entrepreneurship within the fashion industry.

Learn from experience: yours and others

What united almost all the invited speakers was the fact that they had all worked for bigger brands, many of them corporate, after which they started their own brands. Robert Geller calls himself an “accidental entrepreneur” who went into partnership with a fellow designer he met while interning at Marc Jacobs to form his first company, Cloak. When that company folded, which he puts down to both founders being talented designers who lacked the other skills necessary to make a business work, he started his eponymous menswear label, now 10 years old.

Eunice Lee of Unis, whose Soho store is 17 years old graduated in 1994 at a time when “you were supposed to work for Donna, Calvin or Ralph; no one started their own label.” So she secured a position at DKNY. But at aged 24 she saw herself as a “creative person working in a box” and saw her design superiors in their 30s unhappy and trapped by the “golden handcuffs.” This inspired her to form her own company because, unlike them, she had nothing to lose. Nine months after she opened her store, 9/11 happened and everything in downtown Manhattan closed. 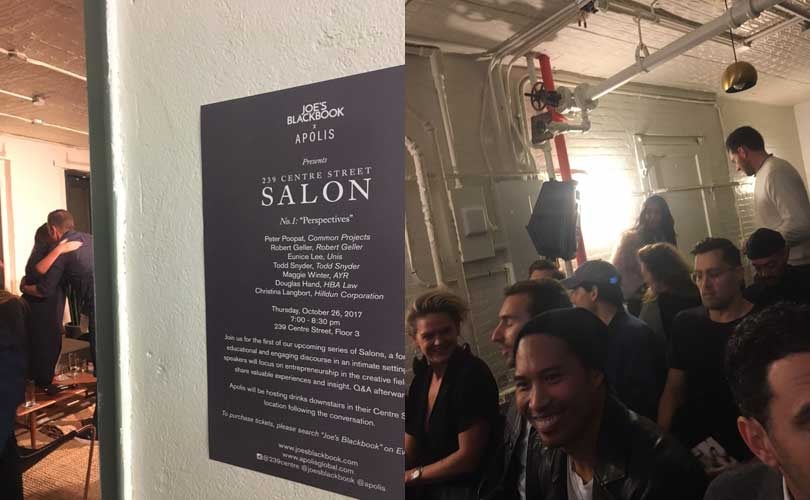 The struggle is real

That’s the overriding message, however the group is upbeat. Starting your own business is hard, they reiterate.“Success is staying in the game,” says Maggie Winter, co-founder of AYR, (All Year Round, a seasonless womenswear label.)

”You have to be a little ignorant of what’s ahead,” says Lee. “It’s really hard. It took me a long time to realize but I wasted a lot of money doing things the way I’d done them in my previous job. The excess behind designing in a big corporation does not work in a start-up.”

There is no agreed right time to do launch a brand either. “You have to be old enough to have acquired knowledge, contacts, expertise, but young enough not to care if it fails,” says Winter, “and that could be 29 or 49…” 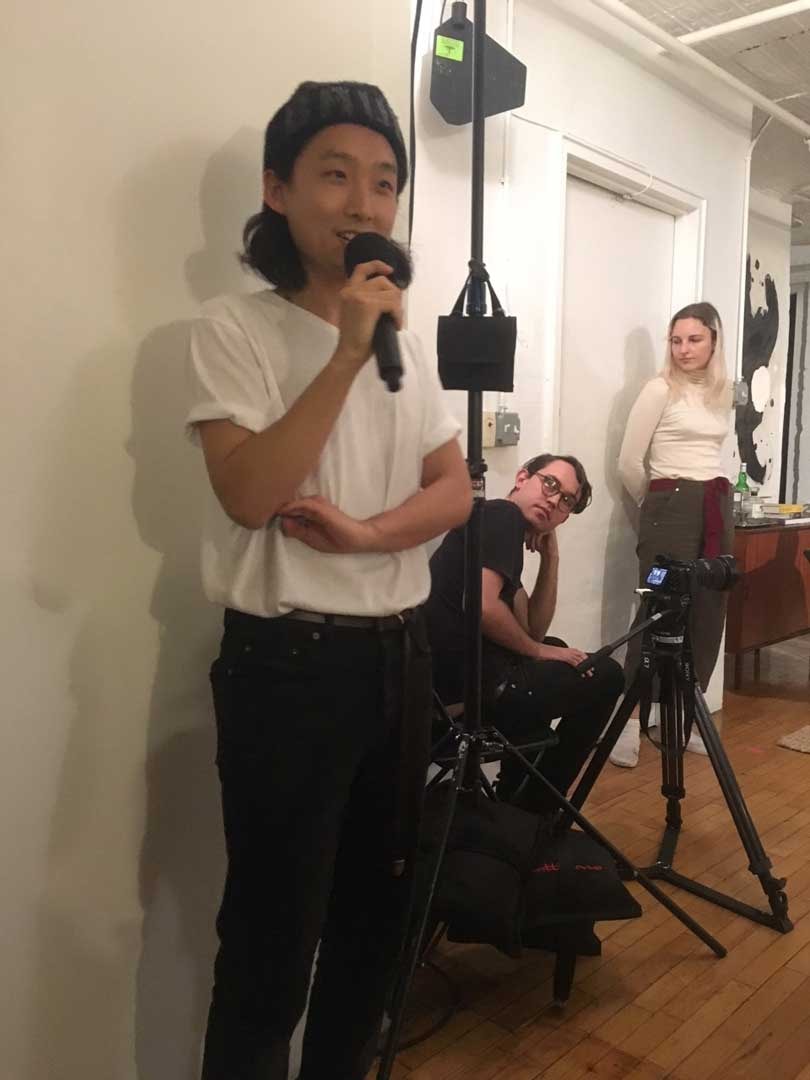 The “scalability of independence” is something around which the evening’s conversation revolves. As wholesale accounts suffer, and big box stores struggle, everyone agrees that small brands benefit. They are released from the shackles of old costly ways of doing business which allows them to adapt quickly to change, and to sell straight to consumer. But how big is too big?

When your authenticity is at stake, offers Winter, who doesn’t believe in overnight success and references the success of Donna Karan’s initial business model of 7 Easy Pieces for its focus and ingenuity. “It takes time to deliver something that’s lasting.”

Douglas Hand, a lawyer for Rag & Bone who has represented 100 brands large and small, asks, “Does anyone really want to be the next Donna or Ralph or Michael? Is a billion dollar brand or going public your dream? Do you want so much money you can buy your own island?” Everyone laughs, but as he goes onto describe the perils of receiving large injections of outside cash, and how he has seen huge valuations or venture capital investment effectively deteriorate brands internally, fashion’s recent cautionary tales loom large. One of the panelists wonders if once-successful contemporary label Vince will even be in business by the end of the year. Hand advises that small brands try to understand the motives behind offers of money. What do the outsiders want in return for their investment, and will it jeopardize rather than strengthen what’s already built? “Find people who know how to do the things you don’t know how to do,” adds Geller when evaluating financial partnerships.

A dialogue begins on whether it’s better to start with one product (Tory Burch’s ballet slipper or Veronica Beard’s hooded blazer are cited as examples), but the panel decides a hybrid model is best for today. Likewise, retailers must combine attention to digital with a brick and mortar presence. Physical retail spaces are important for the experience. ‘You can’t be all one or all the other,’ says Todd Snyder who, although he has his own menswear line, also works closely with large corporations. Customers still “need something to touch and feel.” He believes that big companies are still 3 or 4 years behind with digital whereas he says, “If I didn’t go digital I’d be dead.”

As e-commerce is the biggest retail evolution in recent history, it weighs on the panelists’ thoughts, along with the importance of social media, in particular Instagram. Geller who describes being inspired by the subtlety of Martin Margiela, Dries Van Noten, Ann Demeulemeester, asks, ‘Is subtlety still possible in the digital age when everything has to be attractive on your phone?’ The response from Peter Poopat, founder of Common Projects, is perhaps the most radical. “I don’t sell direct to consumer” he states, going on to explain his unique stance. ‘I like the idea of making, not selling. I don’t want Common Projects to sell to you. I hope in the next evolution we’ll all be tired of all this. The experience of going into a store is exciting still to me. Maybe the brands that don’t believe in the hype will rise to the surface.’ 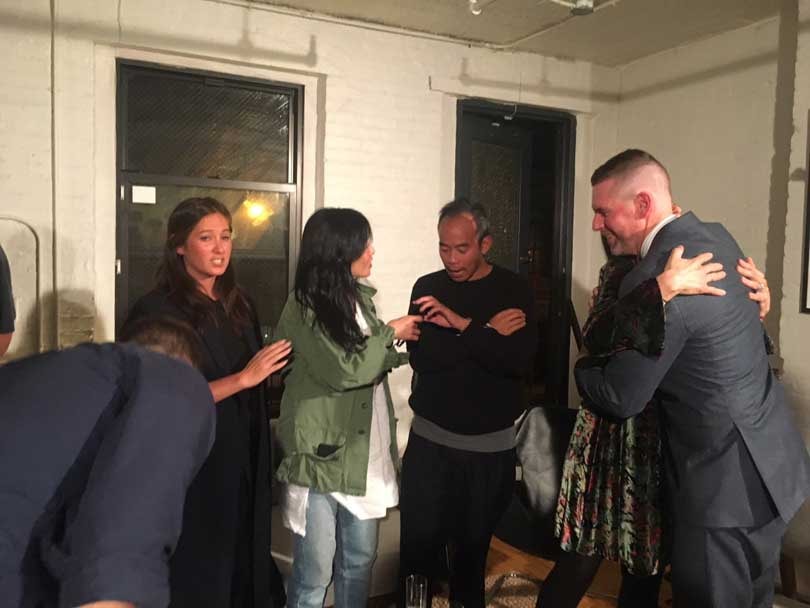 Next generation of fashion entrepreneurs

A recent Parsons graduate pondering the idea of launching his own brand asks if there is a moment when the pressure lifts? The panelists all shake their head somewhat regretfully. Getting to know and work with great people is the most rewarding aspect of the daily job, they explain, and meeting people who can help you get to the next place. True passion is necessary when such a large quantity of new businesses fail.

Poopat counsels, “You have to do it not for the money. Expect to fail and never make money. Then maybe you make some money, and maybe you be happy.” One final key to success from the panel before the event moves next door for cocktails: “Work hard, you have to innovate, and you have to be nice. So many people mess up on the last one. Don’t be a jerk.”

All photos by Jackie Mallon, FashionUnited