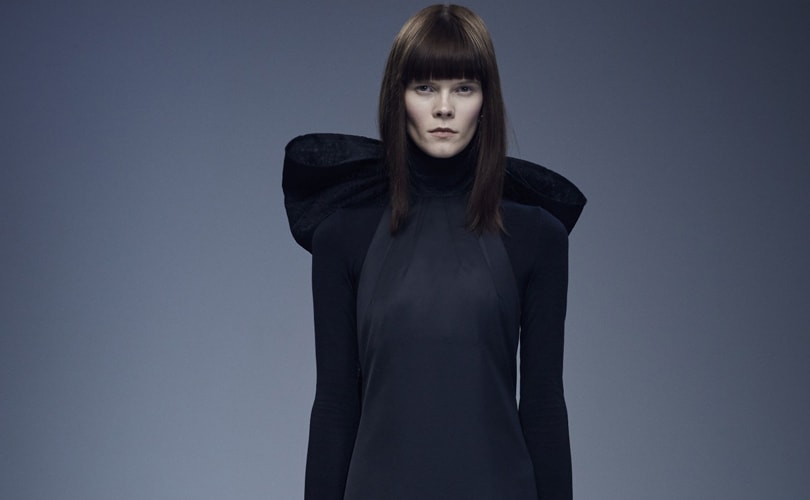 Have you ever wanted to be such a force in the fashion industry that you could hang your elaborately well constructed gowns over a bath house in downtown Manhattan? Jonathan Cohen is such a force. The designer, who debuted his fall/winter 2016 collection at Aire Ancient Baths, made an attempt to challenge what the modern muse wears, so of course he had to think outside of the box. For this collection, he was attempting to take the silhouettes to the next level.

One of the signature pieces was a striped intarsia coat made from malachite astrakhan and navy mink which took 400 pieces and three people to construct. Fur was big in this collection as a result of a continued partnership with SAGA. The idea behind the use of fur was to add something soft to the clothes to give the feeling of enveloping a woman. 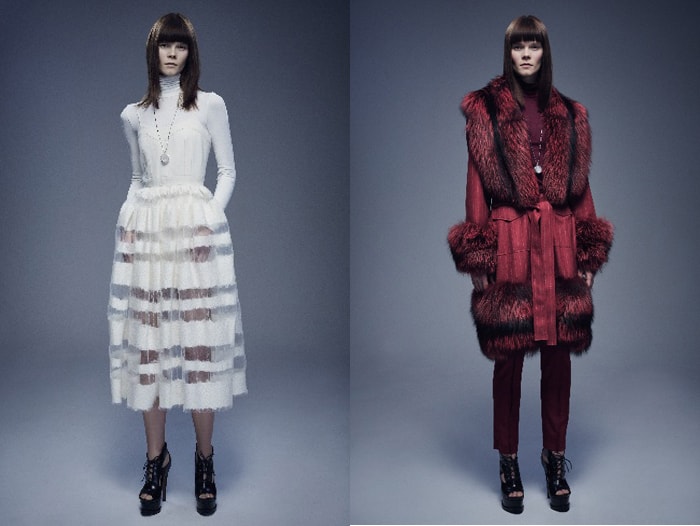 Belted tops were also big for the line, and seem to be a growing trend in womenswear. While this particular collection was layer heavy, layers are making their appearance in a lot of designers collections between belted coats and jackets paired with dresses, sweaters, and knitwear. Jewel tones are major for Cohen this season as an example of understated luxury.

In regards to his fall/winter 2016 collection, he said that "Fall 16 is about blurring the lines between day and night fabrications and silhouettes. I am always striving to create pieces that keep our woman fully engaged with the fantasy and magnifying guise usually associated with eveningwear. The point is to make it so that at all waking hours of her day, she feels she's dressed to supersede herself, play a role as her most alive and alluring self."