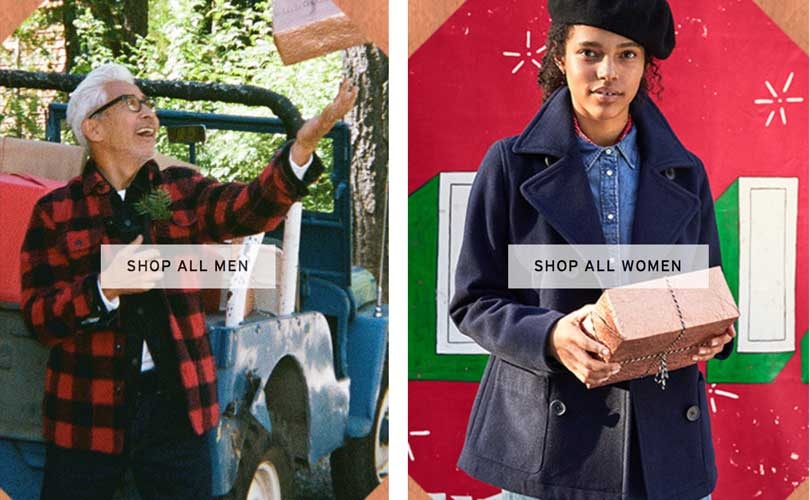 This past weekend, Levi's flagship store in San Francisco was flashed mobbed by climate activists with the "Too Dirty to Wear" campaign. Their jeans were removed in a show of protest to further encourage Levi's stance on activism and climate pollution impacts, according to a press release by the company.

The environmental group Stand.earth launched the campaign earlier this week with a protest at Levi's headquarters in San Francisco. Activists changed the iconic brand's name to "Levi Strauss & Co2" with a banner to call on to Levi's to help lead the fashion industry out of its growing climate pollution and move further in renewable energy.

"Climate change touches every part of our lives, including the clothing we wear. We all need to clean up our act, and we are calling on Levi's to lead the way by getting the factories that make Levi's to transition away from coal and other fossil fuels and start using renewables," Karen Mahon, Campaign Director at Stand.earth, said in a statement.

Activists call upon Levi's to work towards reducing climate pollution

Levi's has been called upon by this group of activists to help ignite this transition to renewable energy through its direct operations. The company has no firm climate commitments for up to 90 percent of its climate pollution. However, Levi's has launched climate initiatives to help reduce emissions by 25 percent in offices, retail, and distribution by 2020. The company also has committed to switching to 20 percent renewable energy in direct operations by 2020 as well.

Currently, Levi's products are made in China in 170 factories, where coal powers 70 percent of the electrical grid. Coal ranks as Levi's main source for electricity, including 44 factories in India where the company's products are also made. As the apparel industry is responsible for 5.4 percent of all climate emissions globally, according to a statement released by Stand.earth, it seems that a change is desperately needed for the fashion industry. Whether or not Levi will help to influence other big brands to take initiatives for climate pollution remain to be seen.