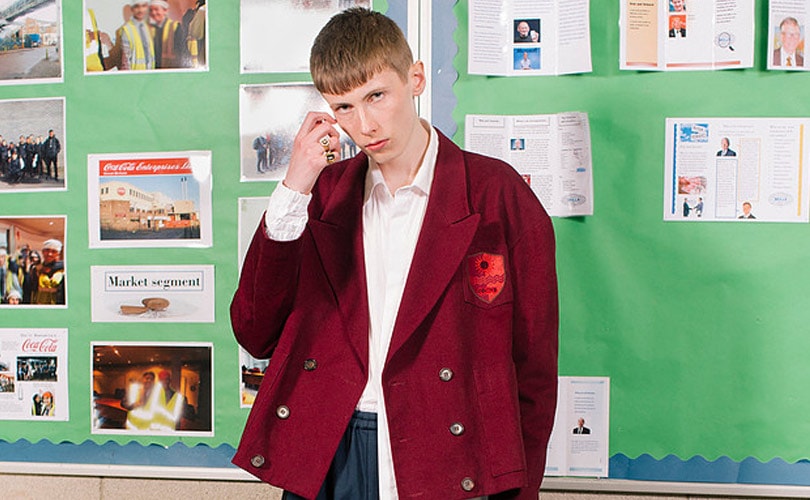 LFWM: London is still a hotbed for emerging menswear

The inimitable draw of London Fashion Week Men's is its roster of emerging talent. No other city fuels and nurtures young designers quite like in London, and this LFWM is no exception.

While the international luxury brands may show in Milan or Paris, London holds the sway when it comes to discovering creative talent and its commitment to giving them a voice. For the spring summer 2019 shows the calendar is packed with emerging brands and exciting new names. Some have transferred from as far away as Korea to show on the LFWM platform. 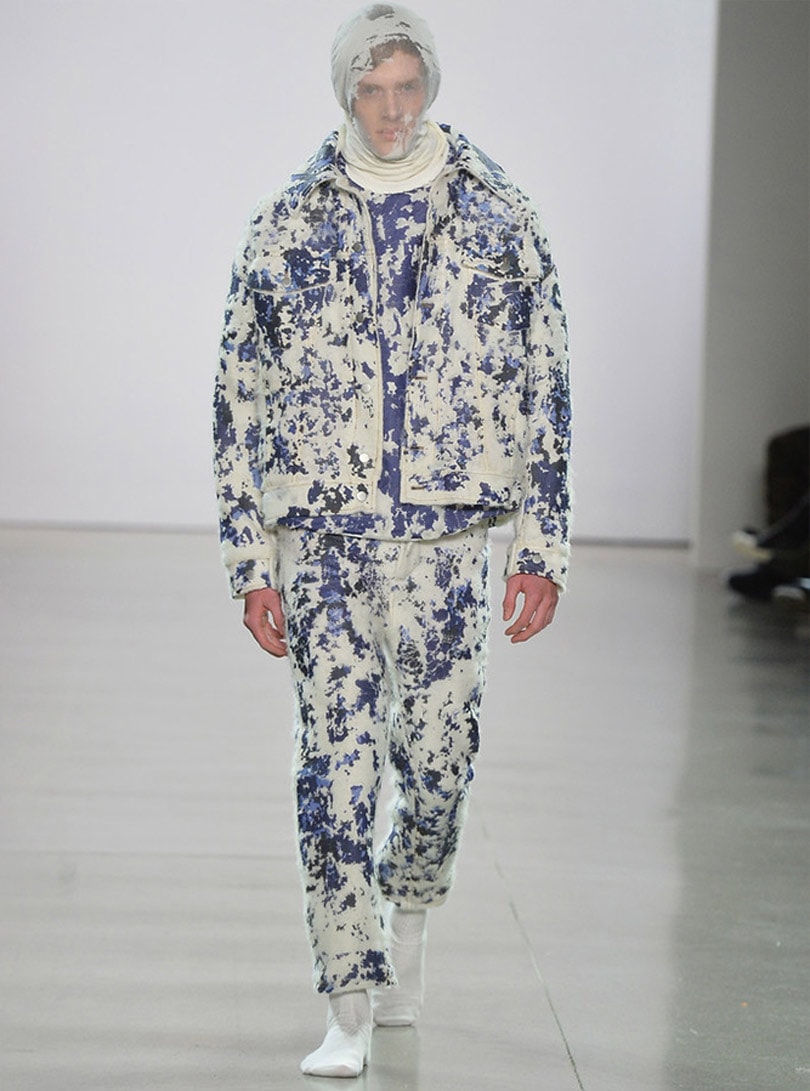 Blindness, who last year were nominated for the covetable LVMH prize, hail from South Korea, and is designed by duo KyoYong Shin, who looks after womenswear, and Ji Sun Park who designs the men's collections.

Created without gender boundaries, the brand aims to express fashion is not just about clothes, but a message of culture and society.

What can we expect? A futurist version of the new romantics, a slim trouser silhouette to carry off its fantastical jackets and frill shirts. In an interview with iD-Vice Kyo stated: "We really want to reflect Korean culture. For instance, our long flowing ties on the frill shirts are similar to the ribbons on Korean Hanbok coats. We'd like to express Korean culture though fashion, but we would also like to design more progressively towards the goal of globalization." 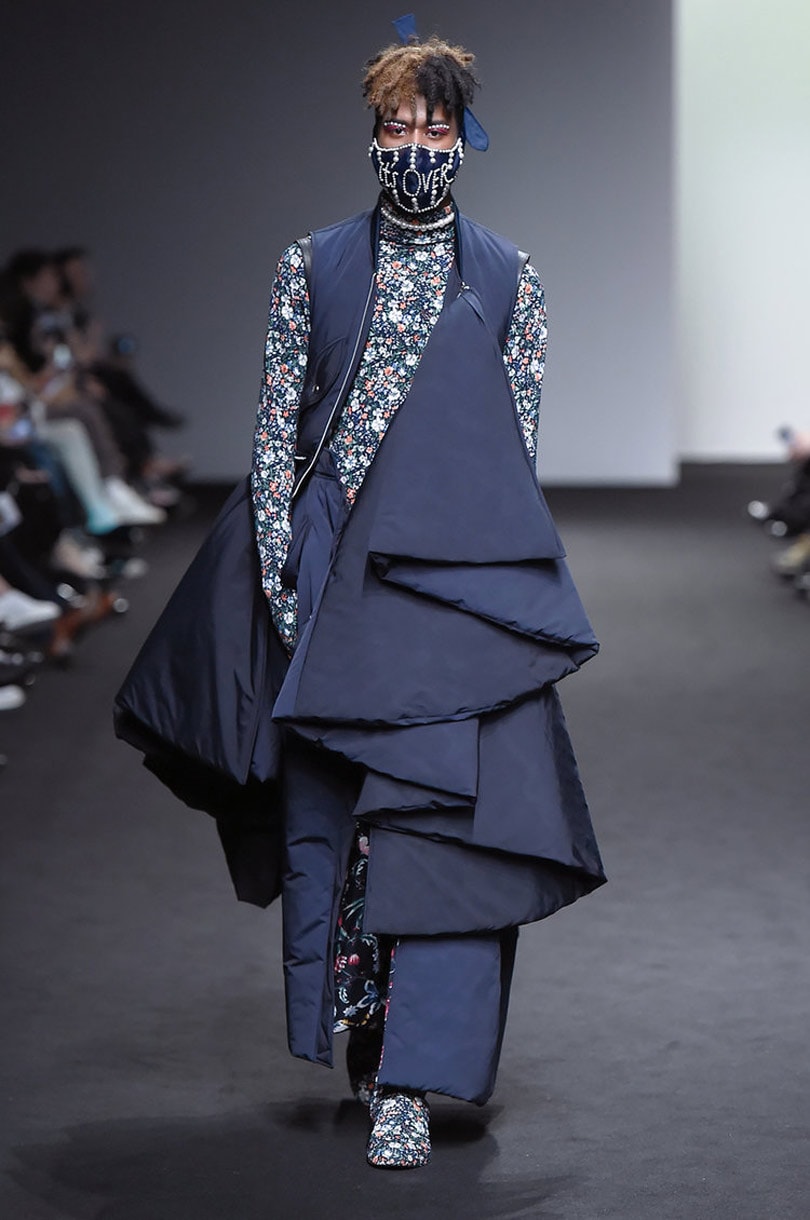 Something to Hate on

Perhaps less a clothing brand and more a club for cool young artists, Something to Hate On is a creative label that began in 2016 to promote and exhibit young talent in an immersive and interactive way. Since then, SHO has thrown parties, pop-ups and exhibitions across the globe, randomly releasing clothes and regularly collaborating with up-and-coming artists. The clothes are thus an extension of its creative outlet, think logo hoodies, tracksuits and T-shirts, which this season focuses on gender fluidity, exploring how streetwear has broken down the barriers between male and female clothing.

Named after its famous postcode CV22 - Rugby - England, this new menswear label is named not just for the town where the sport was launched in the 1800s, but also the place that was instrumental in setting the codes of conduct of the modern gentleman. 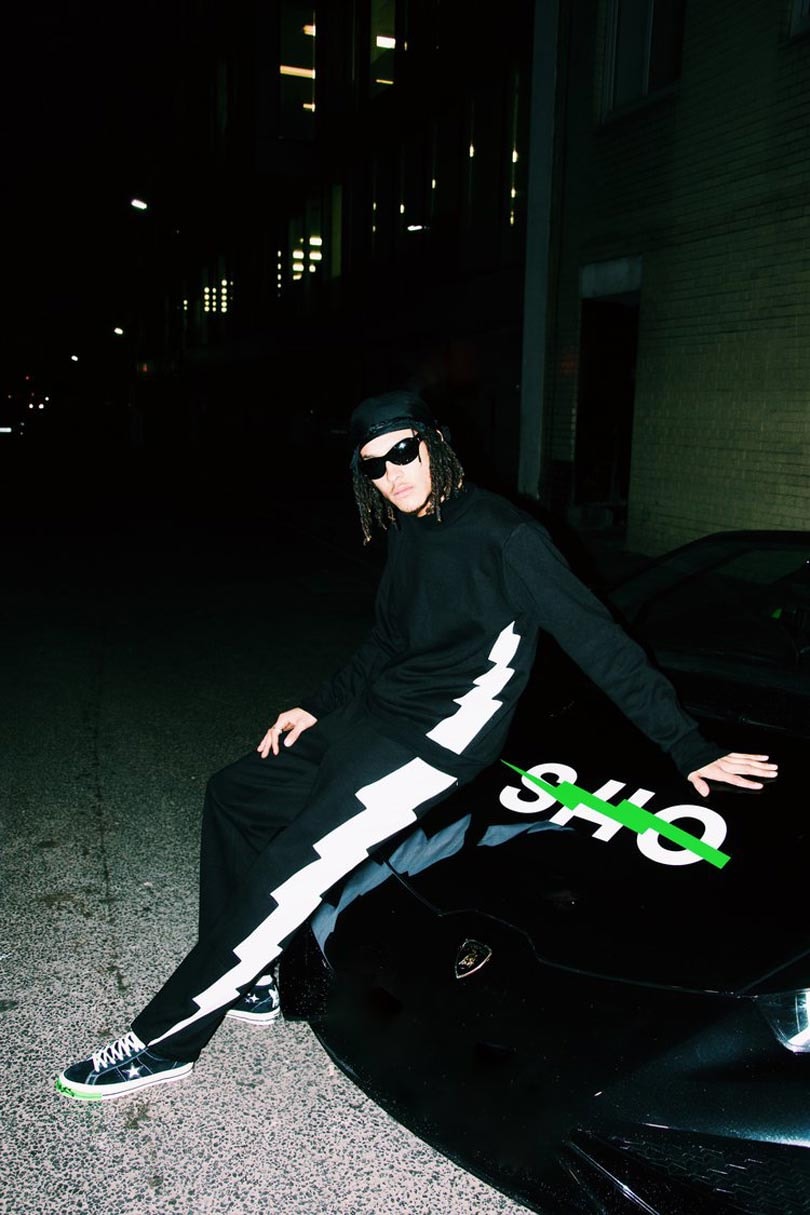 CV22 Rugby draws on these historical concepts distilling elements of classic menswear mixed with a contemporary attitude, outlook, design and direction, as can be seen in their roomy deconstructed tailoring, selvedge denim and squad-inspired sweatshirts.

Founded in 2015, this young label has quickly garnered international acclaim with its mix of London street culture and zeitgeist of Britain's working class. Designed by Samuel Ross the brand aims to reflect hegemonic disparities and youth expression in contemporary fashion. This translates into clothes for the young urbanite, like heavy duty nylon parkas and puffa jackets accentuated with large utility pockets. Jersey hoodies are overdyed to give a luxe worn-in effect.

New to the LFWM lineup is KA WA KEY, founded by Ka Wa Key Chow and Jarno Leppanen, and aims to reinterpret traditional textile crafts and reworks everyday streetwear like denim jackets, knitwear and hoodies with an unusual balance of simplicity and soft masculinity.

Another emerging menswear brand new to London Fashion Week are designers Dan (female from China) and Shan (male from Hong Kong) who together form DanShan. After graduating from the womenswear design course at Central Saint Martins in 2012, the pair worked in fashion before deciding to start their own labels and focus on their own observations of the way gender dynamics are changing and how this relates to fashion.

For AW18 the duo will be focused on the idea of the uniform, as both protecting and less restrictive for the wearer, inspired by the functional elements of construction worker uniforms, juxtaposing proportions and shapes.