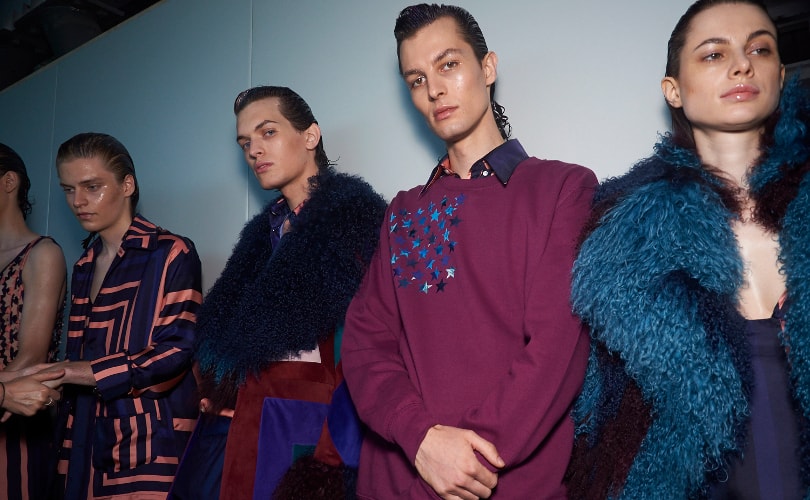 It was Americana in overdrive at Coach’s Spring Summer 2017 presentation. For a brand who’s bags and leather goods are the sales drivers, there were ample new propositions for next season, such as leather shoppers covered with studs, pins and other fashion paraphernalia. 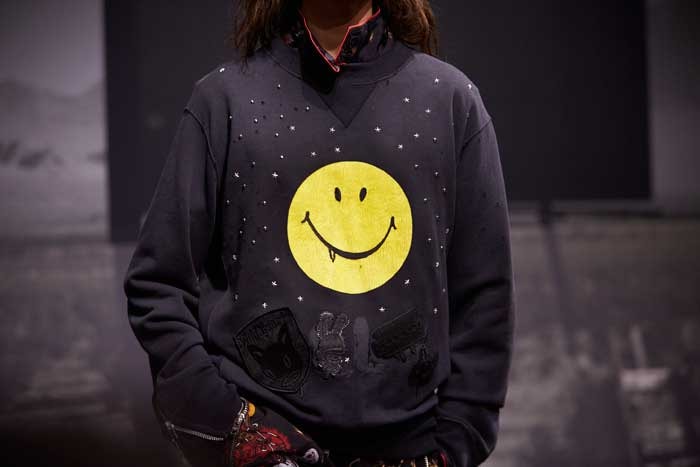 While every look was styled around the most American of all products – the humble t-shirt – the attention was thwarted to the laborious and vibrant detailing that left no garment untouched.

Buckles were used in a big way, on the front of leather jackets, on shoes and most of the outerwear. There were prints galore courtesy of American illustrator Gary Baseman, renowned for his animation and playful creatures. In the end there was little product that wasn’t buckled, printed, studded or in some form over-styled, however if you like your fashion trimmed with gratuitous extras this collection will tick all the boxes.

Some designers like to send look after look down the runway, making sure there are plenty of hero pieces and press worthy ensembles to capture the imagination of the industry’s journalists. Christopher Kane is not one of them. This season his menswear was reduced to a look book featuring just 10 looks, unveiled during an appointment only event on the LCM calendar.

But those ten looks had a theme, and Kane titled the collection ‘Law and Order,’ finding inspiration from cop shows and police identification graphics. The clothes featured gingham, checks and traditional patterns, of which Kane stated: “In many ways, the collection is a reflection of what I grew up with; that clean, pristine, washed and ironed sportswear way of dressing–the casual kids in Glasgow–mixed with the world of TV: Crimewatch and Casual.”

A slippery fish-print on silk that featured on shirting, swimwear and morning gowns may not sound like the most delectable of fashion choices, but it was a tongue-in-cheek motif that dominated Katie Eary’s SS17 collection. 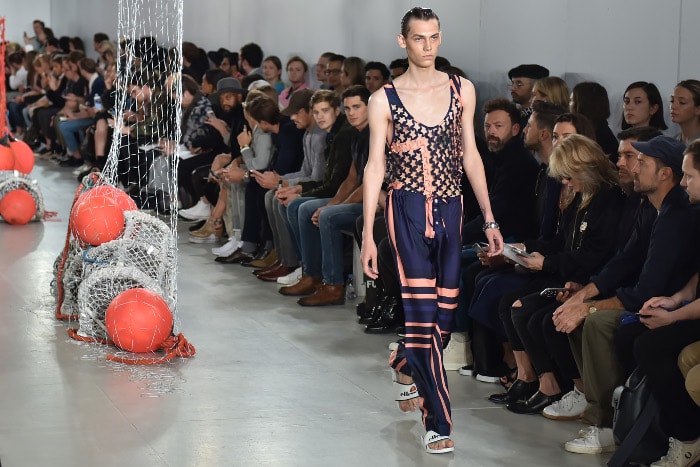 Models with their hair slicked back, shirts open wearing Ellesse sliders, were clad, as Eary dubbed, in their ‘working-class, market town weekend finery.’ It was always going to be a buoyant affair, with the catwalks strewn with lobster pots and netting.

Less directional and shimmery but perhaps more wearable, at least for men, were the striped fuzzy sweaters that came at the end. Top marks for colour blocking.