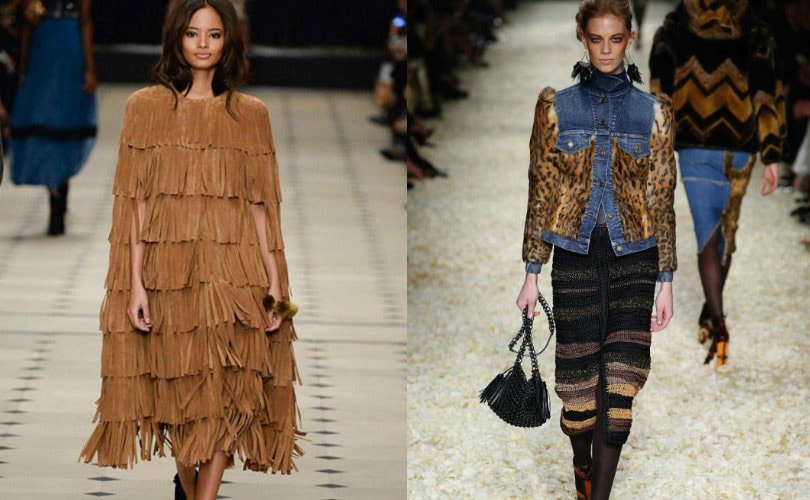 1. Focus on the waist

Emilia Wickstead, Issa, J.W Anderson and Roksanda Illinic, all placed heavily emphasis on the waist. Sometimes the waist was subtly accented with a simple black belt and sometimes it was highlighted with a large metal belt to cinch in their waists. 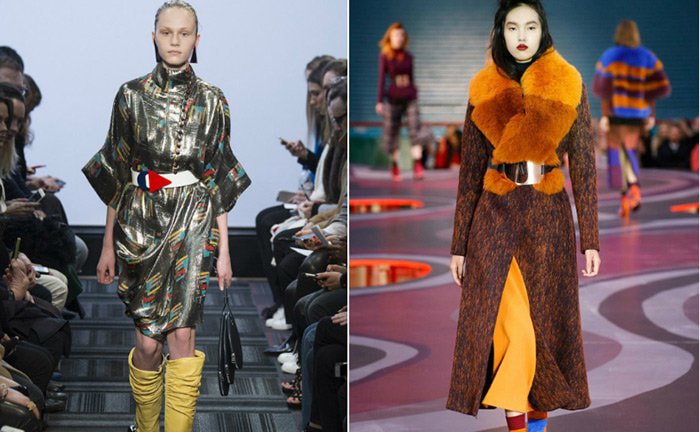 Gareth Pugh seemed to have been inspired by the Oscar winning film Birdman, although he claims that he was celebrating the tenth anniversary of his label with a warrior theme. His models, who were marked with the cross from patron Saint George across their faces, marched down the catwalk in black ensembles adorned with hand cut drinking straws to represent feathers and faux fur. Pugh was not the only designer to incorporate fur - whether it be real or faux fur - in their collections. Designers such as Matthew Williamson and Holly Fulton, as well as high street label Topshop Unique, decided to put shirt and jacket sleeves encased in fur in the spotlight as well.

Most designers who decided to work in ruffles, focused the on using them on the arms. However, the legs should not be left behind, at least according to Preen by Thornton Bregazzi. Ruffles are usually seen as slightly romantic and occasionally a little bohemian. But David Koma showed that pleats and wrinkled strips of fabric can also create a clean look. 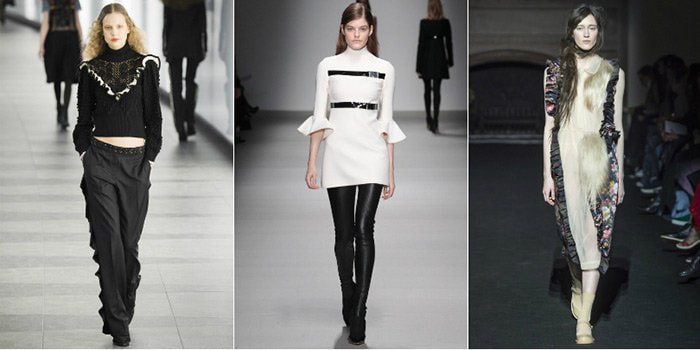 The turtle neck was spotted all over the catwalk last winter in countless variations: in combination with a crop top or paired with an oversized and chunky knit and was seen on the runway during last week's New York Fashion Week. Now the neck covering sweater has made its comeback at London Fashion Week, working its way into collections from 1205 to Erdem to Jonathan Saunders. Fashion label Pringle of Scotland decided to use a scarf to cover the neck in lieu of the turtle neck. 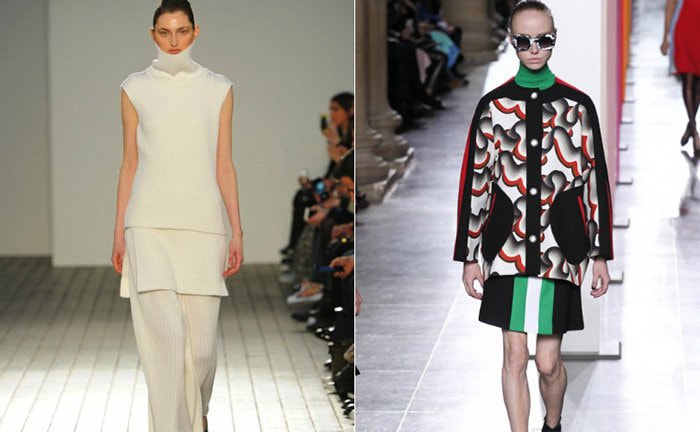 With minimalism being the top trend on the catwalk a few seasons ago, the tide has turned and now materials are becoming richer and richer. On the catwalk in London heavy fabrics with woven patterns and jacquards were dominant and the more luxurious versions had gold and silver threads worked in, known as brocade also found their way onto the runway. Simone Rocha took the lush fabric and used it to create a voluptuous cape, with ruffles. Mary Katrantzou chose to work with jacquards in vivid shares, whilst Edrem used the royal material to form a dress with cutouts. 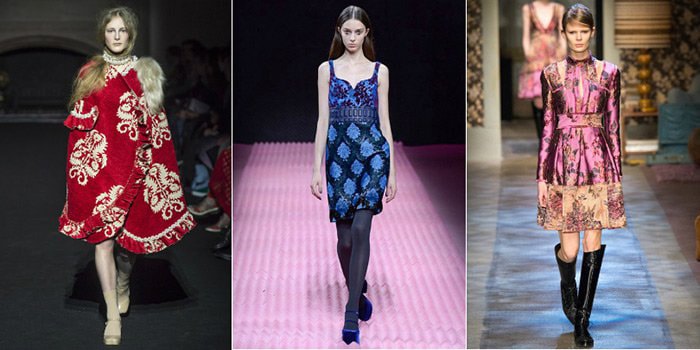