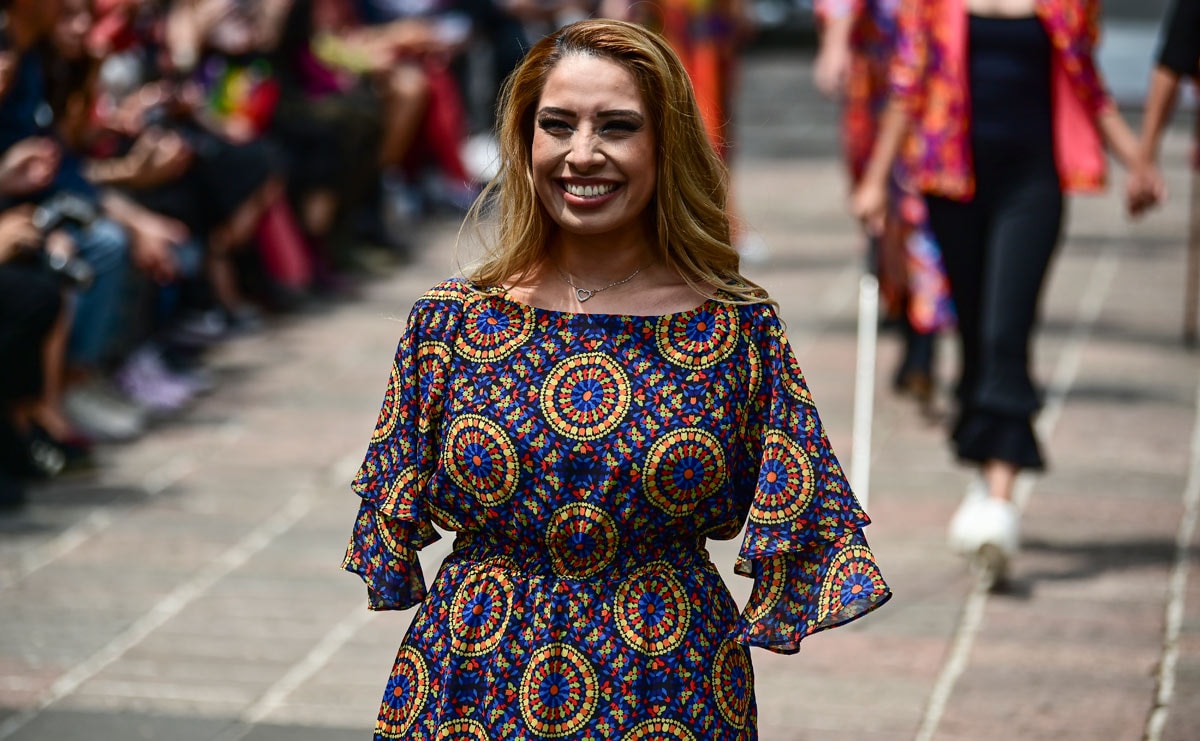 Made by foot: Mexican designer overcomes disability in style

When Adriana Macias graduated from law school, she found no firm was interested in hiring an attorney without arms.

So Macias, a 41-year-old Mexican woman who was born without them, began working as a writer, playwright, motivational speaker and now a fashion designer who has just launched a new clothing line.

She designed it -- as she does nearly everything -- with her feet. She unveiled her debut collection at Fashion Week Mexico last month, where disabled models strutted the runway -- or rolled down it in wheelchairs -- showing off her fall-winter line of 12 flowing, vibrantly colored designs made so people with disabilities can easily put them on.

She herself uses custom-made clothes that allow her to dress herself using her feet.

"I'm putting out this clothing line with all these details designed to make the clothes accessible, very comfortable, very practical, but also very formal. I wanted (the show) to be inclusive because inclusiveness is a very important issue," she told AFP.

"People should not exist for clothes, clothes should exist for people."

Macias's parents taught her from birth to use her feet for the things other children did with their hands.

Today, she eats, drinks, writes, draws, cooks, cleans and even dresses her three-year-old daughter with her feet and legs.

Sitting cross-legged on her chair, she gestures with her feet when she speaks. Sometimes she rests her chin on her toes, which sport rings and nail polish, or uses them to brush back her long hair.

She used prosthetic arms until she was 20, but had to give them up when the added weight gave her shoulder problems.

"It was tough going off to university without my prostheses, taking off my shoes in class to write. It's considered bad manners to take off your shoes," she said with a smile and her usual lively determination.

She thrived at university anyway, earning a law degree, but got a cold welcome in the professional world.

"No one wanted to hire me," she said.

"Everybody thought it was weird or shocking that someone would show up at an office, take their shoes off and apply for work."

That is when she began writing -- she has published three books and a play -- and also working as a motivational speaker and, now, a designer.

She even holds a Guinness world record, for "most birthday candles lit with the feet in one minute": 11.(AFP)