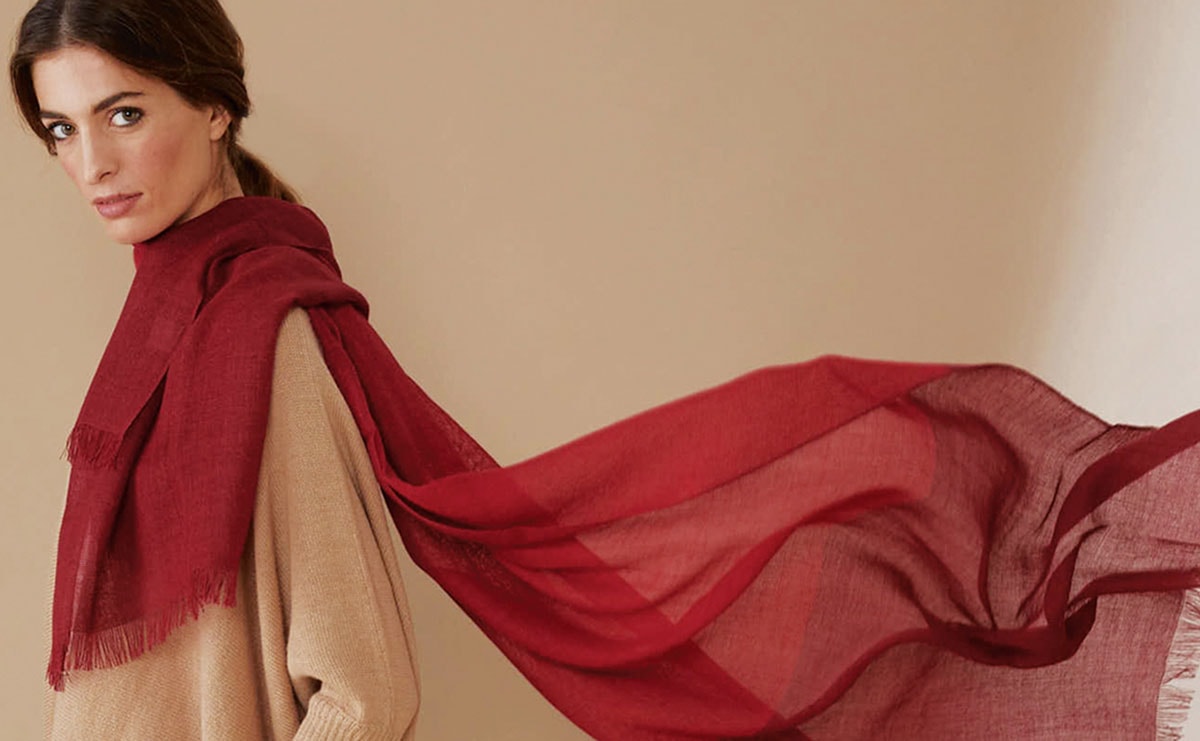 Buenos Aires - Around ten years ago, Adriana Marina, a researcher with a PhD in economy, created knitwear brand Animaná with the help of NGO Hecho por nosotros, meaning ‘made by us’ in Spanish. The purpose of the brand was to create changes both in terms of sustainability and social development within the fashion industry.

Animaná means ‘a place in heaven’ in the extinct Kakane language, which derives from Quechua. The brand specializes in clothes, with newly developed decoration and gift lines. All products are made of alpaca, llama, silk and linen - among other natural fibers - and hand crafted through traditional ancestral techniques.

Adriana Marina, founder of the brand, explained: "Our changes in collections are slow-paced, we do not follow trends. We do not follow traditional fashion and keeping it that way is a very hard decision to make but one that allowed us to have a specific identity. We have two collections per year. There are classic products which undergo some small changes season after season. Our target client loves the story behind the brand and highly values the products.” 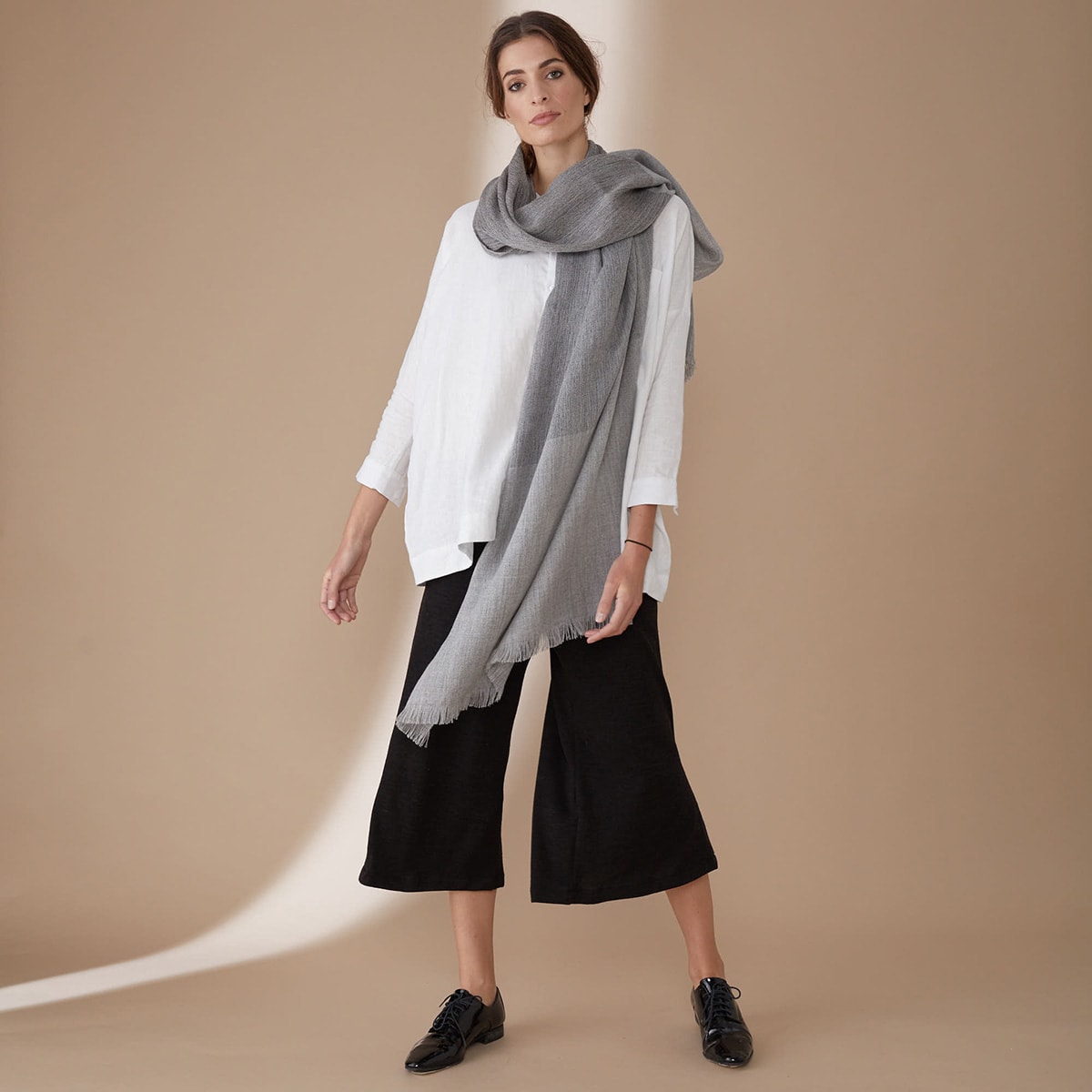 The journey to Animaná

Adriana Marina, a Patagonia native, grew up in a rural area where sheep were raised and where, in spite of the potential richness of the region, young people would leave due to lack of opportunities. The area always remained a source of inspiration for her. "I wondered why we only sold wool and could not produce sweaters,'' she said.

Marina lived for many years in the province of Salta, in Argentina, allowing her to become closely connected to craftsmen and natural fibres such as llama wool."I also travelled a lot around Peru and Bolivia and seeing the poverty was upsetting, and made me realize that in some ways the only luxury for some people is the unique way our culture dresses,” she said.

Later on, Marina travelled to Spain to study a PhD in Economy. "Changes in the fashion industry caught my attention. While I was in Spain, Zara was at the peak of its expansion, there was a change in consumers and I started to do some research to see what was behind that," she said. During her stay in the old continent, she decided to set up several stores with different communities: "It was shocking to see how we transformed towns and the people's lives, and for us to see it’s possible to incorporate design as a tool for change, transformation and growth. While we always include male weavers, including women really transforms society. Often, women stay at home, with less possibility to find ways of being creating financial income and relationships. Through these projects, networks of knowledge, solidarity, cooperation and co-responsibility are created and each product begins to represent to joint effort put into making them. All of this was part of the origin of Animaná. 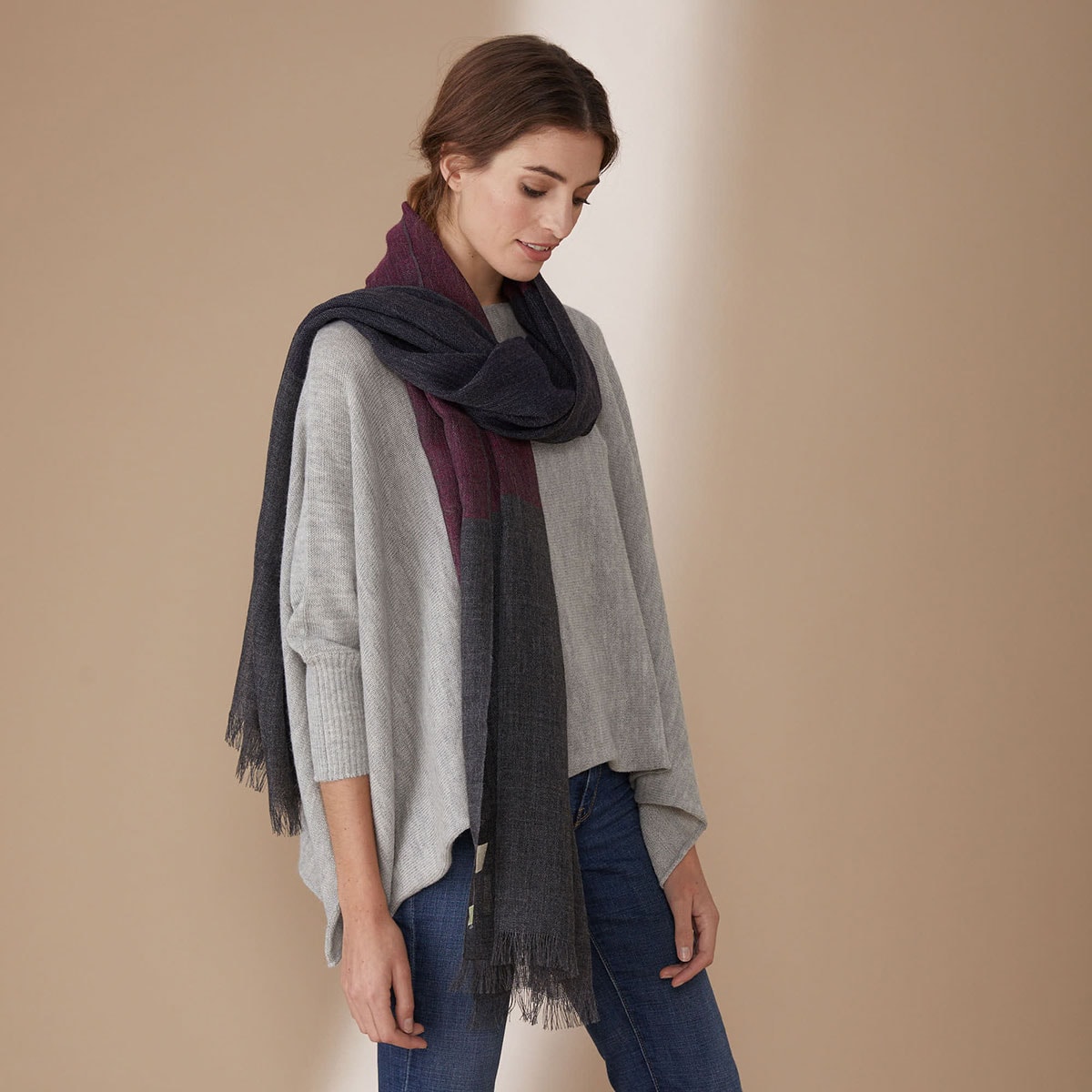 The creation of a brand

"Around ten years ago, I decided to come back to Argentina and start a project related to action by creating a company called Animaná, I became immersed in textiles and a voice in the fashion industry. At the root of the brand are craftsmen and natural fibers. Design is a way of showing identity, culture and how they relate to the wider world. I want to make a contribution to the systemic change going on inside the textile industry.

Over the past ten years, the firm has succeeded in creating a large network of production with producers of varying sizes. Over seven thousand producers have been directly trained in Argentina, Peru and Bolivia. "We work with craftsmen and natural fibers, we train them in management, design, quality control, and we train them to elevate their product and improve their relations with the local market," Marina said. 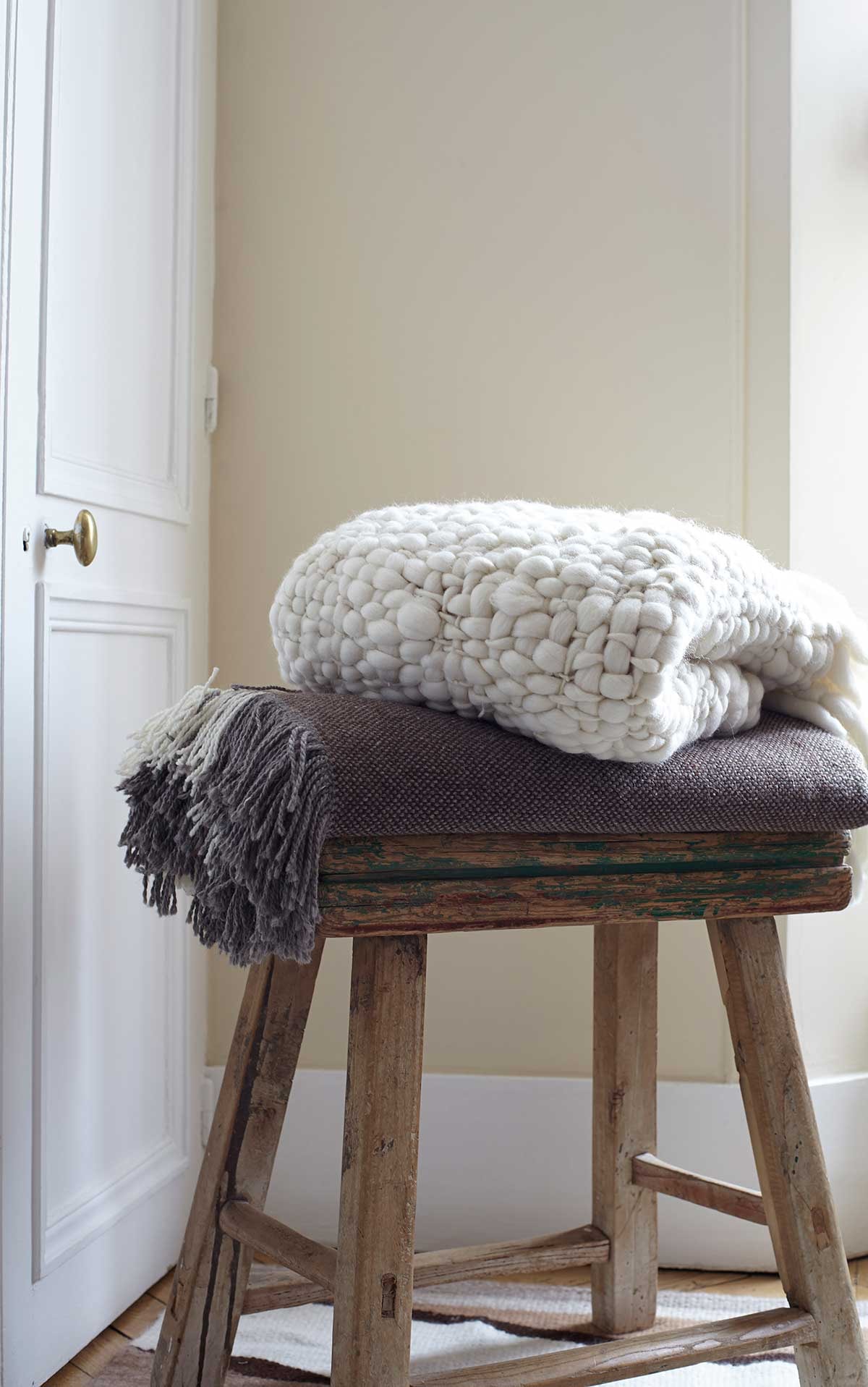 In addition to having a store in Buenos Aires and selling online, the brand has a point of sale in Paris where the same products sold in Argentina are commercialized. The firm also sells through multi-vendor networks in the United States, where new distributors are sought to expand its presence in that country. 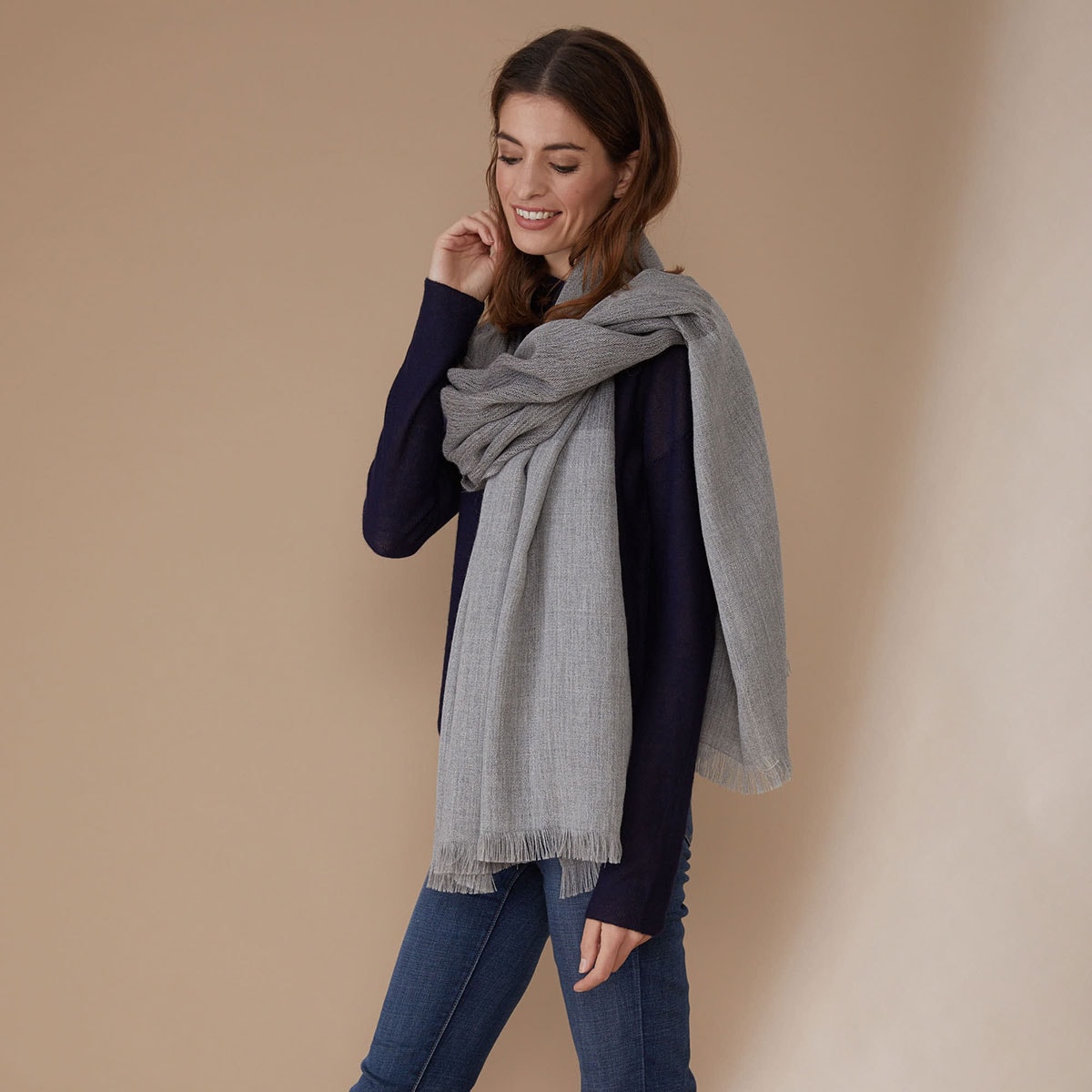 Global Fashion Stories shares inspiring stories from fashion entrepreneurs around the world, as FashionUnited believes fashion professionals can inspire each other, no matter who they are or where they are.

This article was originally written in Spanish by FashionUnited Argentina editor Cynthia Ijelman before being translated into English.