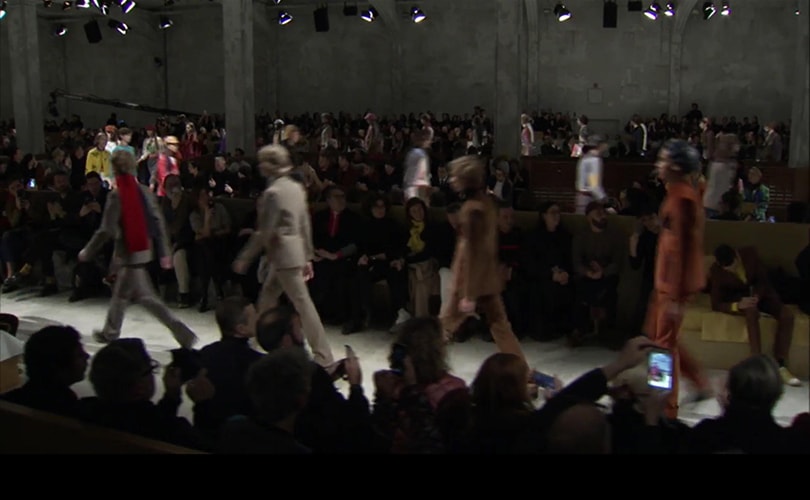 Prada’s AW17 menswear presentation embraced the surprisingly normcore. The opening look, corduroy trousers cut roomy and straight, v-neck sweater and chambray shirt, were a powerful message from Miuccia Prada: that fashion needs to return to simplicity, embracing realness rather than reinventing the wheels of fashion each season.

What followed were a series of looks tinged with flashes of seventies nostalgia, the relaxed trouser cut, the models' tousled hair, leather jackets and coats that could have been sourced from Camden market - though never quite as luxe or desirable. Sweaters with tacky motifs were tucked into pants. The shades of brown and colour combos were typically Prada. There was an absence of black and the slick. Furry trumped shiny, old-school trumped tech.

The chunky belts and shoes, the latter round-toed, clunky and furry, and floral accessories, brought the collection back into the current zeitgeist of individualism. The best looks, though, were stripped of the fur and artifice: a corduroy suit with leather detailing; a cropped wool check bomber with ample ribbing worn as a sweater, the roomy trousers in a melange of wools, leather and patterns. The outerwear some of the best we’ve seen this season.