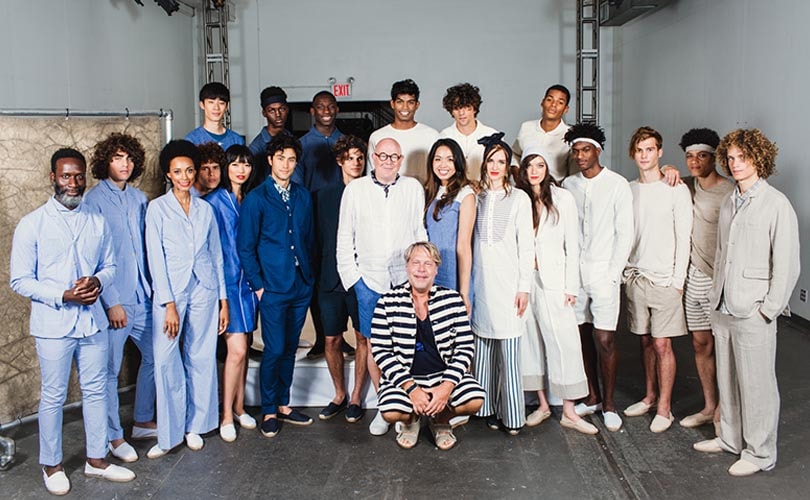 One of the biggest issues facing fashion today is how to reach the millennial consumer. At New York Men's Day, one of the kick starter events for New York Fashion Week: Men's, designers certainly tried, and some succeeded while others fell flat.

Wood House was in the camp of those who succeeded at appealing to the younger generation. The brand presented freed up silhouettes that took their inspiration from the 1920s.

The customer they are trying to bring are the effortlessly confident men, one who would bold enough to wear a denim geo jacket with a tiger stripe shirt. Other focal points to the collection included billow, floor length trousers paired with mandarin collar jackets as an ode to the gentleman-yet-abrasive social rebels of the 1920s.

Of course, the usual Wood House staples had to make their appearance, like bold hardware and zipper details, but again, this is a collection for a bold gentleman. 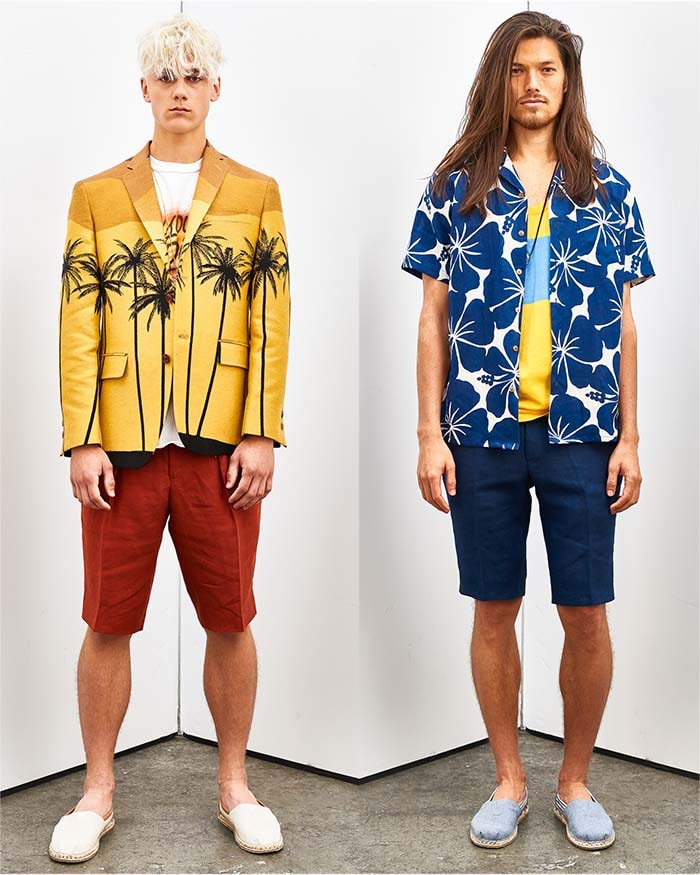 Max 'n Chester, on the other hand, presented a very lackluster collection. The theme for this season's line was paradise, but rather than presenting vacation inspired offerings like their competitor David Hart, they unveiled a collection that seemed more like the inspiration was seersucker pajamas and Yeezy Season 2. If their ambition was to hopefully recruit the Yeezy customer, they need to just not.

The silhouettes almost seemed boxy, which took away from the design of the clothes as well. Rather than trying to appeal to a new customer, the brand might be better off sticking to their traditional contemporary offerings.

Vacation inspiration was big this season for brands though.

Both Krammer & Stoudt and David Hart had the traveling man in mind, which is smart for trying to appeal to the millennial consumer. While the younger generation has not become as invested in luxury fashion, the one thing they do love to do is travel.

It's hard to come off the high that is @newyorkmensday #nymd presented by @cadillac #styledriven #nymfw Luckily we have one more day of @libertyfairs #libertyfairs to share w the folks who have supported and encouraged us from the beginning. To all our friends in this crazy biz, we are really overwhelmed w all the love! #brandtogether #madeintheusa #madeinamerica #menswear #mensfashion

Krammer & Stoudt focused their collection around the theme of irresistible American surf rogue and their presentation included offerings like Hawaiian print shirts and twill shirts. David Hart also offered some vacation friendly offerings with lightweight short sleeve shirts and shorts, and pops of color perfect for spring/summer like red, yellow, and orange.

The most brilliant presentation by far for New York Men's Day would be Uri Minkoff's. The designers collection was inspired by the idea of time, and rather than your traditional presentation or runway show, Minkoff brought dancers and models together to create performance art based around time.

As models and dancer moved around the space in his suiting, Minkoff reminded us that suits are timeless, and everyone needs a good suit. It's just a matter of appealing to your customer.

By the motion of the dancers and models, we saw how comfortable, breathable, moveable, and free his suiting was.

"I grew up as a triathlete, so the idea of mixing suiting with the sportswear was always there for me," Minkoff said. "In this new age, it's all about finding out how suiting works for you. It doesn't always have to be a shirt, a tie, and a blazer. It could be a blazer with a t-shirt, or suiting pants with a biker jacket."

The secret to how to court millennial men may have finally been found at New York Men's Day.