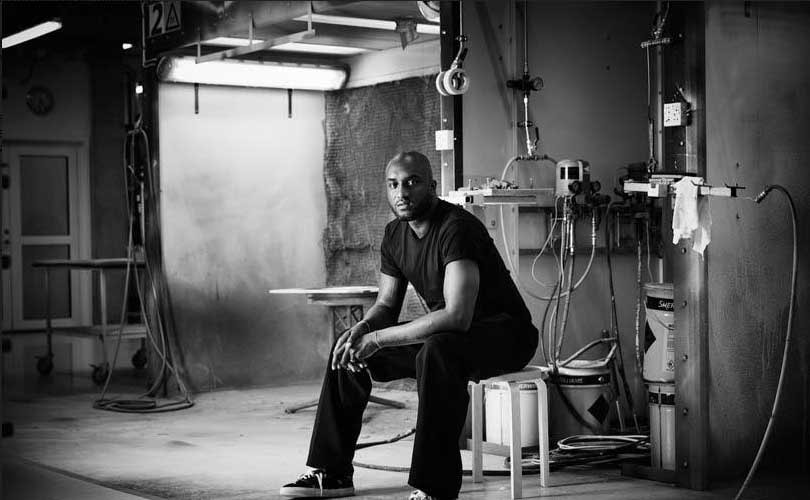 Relations between the pair have been tested since Abloh was named head of menswear at Louis Vuitton in March, with the rapper saying it was "hurtful" to lose his muse and erstwhile artistic director.

West has made no secret of his own ambitions to lead a major luxury brand as a designer, and revealed last month that he had also once been in talks with Louis Vuitton's owner, French fashion magnate Bernard Arnault.

Abloh -- the son of Ghanaian immigrants -- will show his own Off-White label in Paris Wednesday before making his debut bow with the world's biggest luxury brand on Thursday.

As he put the finishing touches to his collections he posted a photo of Kanye West to his 2.3 million Instagram followers with legend, "The architect of it all". West's wife Kim Kardashian responded with emojis of a heart and two fires to signal her approval. The rapper -- who has his own Yeezy line for Adidas -- remained silent.

But he told US radio star Charlamagne tha God in a wide-ranging interview last month that there were no hard feelings. "These things are hurtful when you are working with a talent like... Virgil and somebody comes through and says 'Bam! I am going to take Virgil.'

"There is some validation in that someone that I came up with is now the head (of menswear) of Louis Vuitton," West added. Abloh, 38, is only the second black man to rise to the top of a big Paris fashion house, with French designer Olivier Rousteing responsible for both Balmain's men and women's lines.

As well as his nod to his former employer, Abloh dropped hints on social media that he was about to give the aristocratic Vuitton label a strong dose of black empowerment and streetwear style. Vuitton's previous designer, Briton Kim Jones -- who makes his own debut for Dior Homme on Saturday -- often referenced British colonial and safari chic in his clothes.

Abloh grew up in Illinois where his seamstress mother taught him her trade as he studied engineering and later architecture. He has made it clear his clothes will be much more street. He posted films on Instagram of cotton plants and ceramic neck chains, in what could be seen as references to slavery, as well as a Louis Vuitton record box inspired by hip-hop pioneer Grandmaster Flash, "where you can put your coat in while DJing, shielding it from smoky clubs and spilled drinks".

Abloh had worked hand in glove with West for more than 15 years. They designed clothes together on Photoshop and were 500 dollars-a-month interns under Karl Lagerfeld at Fendi in Rome in 2009 even though the rapper already had a string of Grammy awards under his belt.

West said that he only found out about Abloh taking over at Vuitton as the appointment was announced in March. "He (Abloh) made the call two minutes before it hit the Internet... He had told me he was looking at Versace too... but he knew he was going to Louis Vuitton," he added.

West admitted days later in an interview with the Hollywood Reporter that the news had weighed on him. "It's not bad or good," he said. Abloh has built up a celebrity following at Off-White with high-profile collaborations with Nike, Jimmy Choo and Moncler. Such has been the buzz that fashionistas jostled each other to get into his show in Paris last March.

Not everyone, however, is sold on streetwear's inexorable rise. New York Times critic Guy Trebay said a "lot of what turns up on the runways lately looks less designed than crowdsourced". The young German and Swedish brands CMMN SWDN and Gmbh kicked fashion week off on Tuesday evening after a dance show by choreographer Mathilde Monnier inspired by shoemaker J.M. Weston.

French label Pigalle also tried to rethink the catwalk by presenting its new collection during an hour-long music and dance show at one of the French capital's most prestigious concert halls. (AFP)