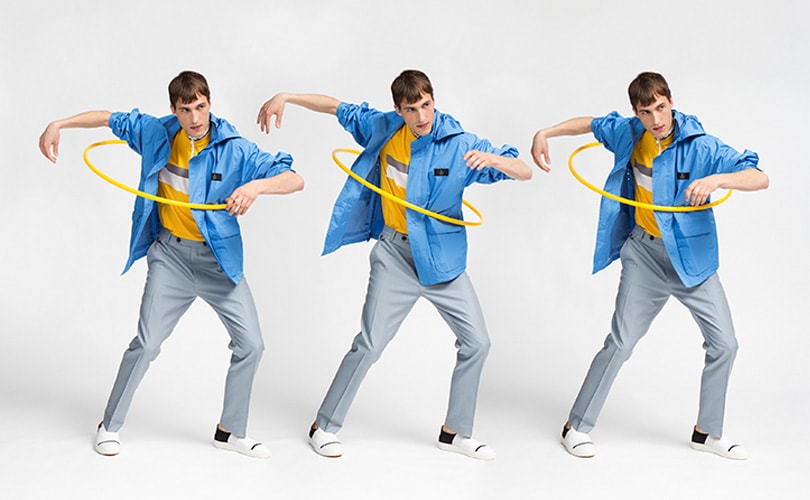 ‘Not money, just people’ Hacked By searching for partner for growth

Fashion designers Alexander van Slobbe and Francisco van Benthum’s fashion label, Hacked By, is ready for the next step. Together with their co-founder Marjon Beumer, the designers are on the lookout for a company, fashion brand or organisation with enough clout to adopt and expand the label. “We’re not looking for money, just people,” Francisco van Benthum clarified in an interview with FashionUnited.

The company that adopts Hack will have the tools to complete the production cycle and establish a circular system. The need for a circular fashion system was a key issue during the last edition of the Copenhagen Fashion Summit, which took place in May. “You rarely hear leading fashion players talking about a real solution: reducing the total production volume. In all initiatives regarding sustainability, people assume the industry will keep growing,” Chiara Campione of ‘Detox My Fashion’ said during the summit. “Real change can only take place once the lifespan of apparel is extended and the ecological impact of production is reduced in the design phase.” The ‘Circular Fibre Initiative was launched in Copenhagen, its goal being the creation of a new global textile system based on the principles of a circular economy. The C&A Foundation, H&M, Nike and The Danish Fashion Institute, among others, support the initiative.

Hacked was founded three years ago as a reaction to the fast fashion chains, the speed and sheer scale of these enterprises. Simultaneously, it offers a solution for the enormous overstock of apparel and semi-manufactured apparel, a by-product of the significant production by these chains. With their fashion label Hacked, Van Slobbe and Van Benthum buy up overstock and transform these garments into new pieces. To this end, they reuse their own design patterns. Hacked is now available in ten stores in the Netherlands and is manufactured locally. “It’s all in the pipeline,” says Van Benthum. “the material, the transport and the production. What we’re missing is the people, a sales organisation and a back office, that are necessary for growth. Instead of trying to build it from the ground up ourselves, we think it would be better if Hacked were integrated into an existing company. In that way, we would be able to help that company rid itself of its surplus production” Of course, the relevant company will have to be open about that side effect of the fashion industry; an earlier potential collaboration failed as a direct result of this issue.

In July, Hacked will for the first time be presenting its collection during Amsterdam Fashion Week. Van Benthum: “There’s a lot going on right now, so it’s the right time to go public and tell people that we’re looking for a partner. We’ve found a sustainable and profitable way to recycle textile and apparel, clean up overstock and help out manufactures in the off-peak periods. It’s all systems go for the next step.”

Also read the interview with Francisco van Benthum about the next step of Hacked By.