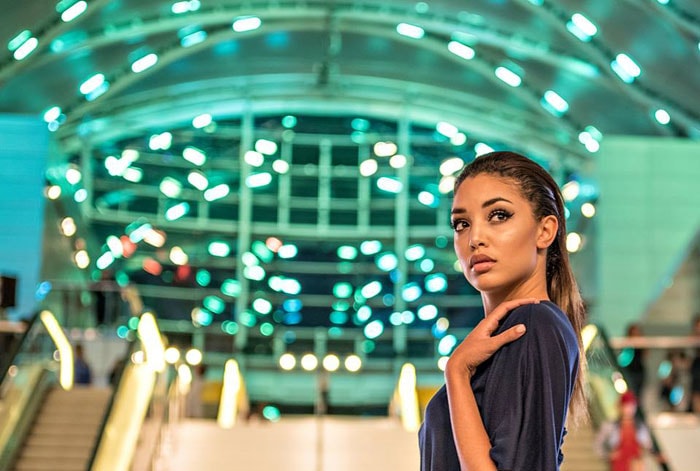 Orange County Fashion Week went off with a bang

Orange County Fashion Week® emerges as a leading player in the metropolis of fashion, the 34 billion dollar retail market has proven itself yet again as a major fashion capital player with a cult market of emerging fashion talent. Not only a buyer’s market, this metropolitan market identified newcomers in the U.S. market of fashion design. Not exclusive to retail, OCFW® led its opening day to recognize masterstylists in the top of their game.

Orange County Fashion Week® 2015 went off with a bang! Fireworks included! Beginning Thursday, September 17th the best in beauty, hair, and make-up came to together to compete in the 2nd Annual MasterStylists competition. It was a night filled with high creativity, impeccable style, and the enthusiasm to design works of art celebrated in the theme of “Alice In Wonderland.”

Manna Kadar Cosmetics worked with OC Fashion Week® as with Toni&Guy Hairdressing Academy Costa Mesa inthe daily adventures of beauty and cosmetics which have become synonymous with art here in Orange County, as the official kick off was dedicated to the talented works of masterstylists.

The Orange County Museum of Art (OCMA) hosted the competition on Day 1 of OC Fashion Week® and welcomed all designers, models, and guests in attendance to an unforgettable night. For those competing in the MasterStylist competition the energy was high and the creativity endless. With two and half hours, each contestant was asked to create a masterful and well-inspired look in hair, makeup and overall beauty while playing on the whimsical theme of “Alice in Wonderland.” The judging panel consisted of the very best in beauty and hair including: Viktorija Pashuta (Creative Director of Photography), Chadia Almeddin (Owner, Betinnis), and Rachel Brumbaugh, Regional Director West Coast and Sarah Pyle, Educational Director (Toni&Guy Hairdressing Academies). 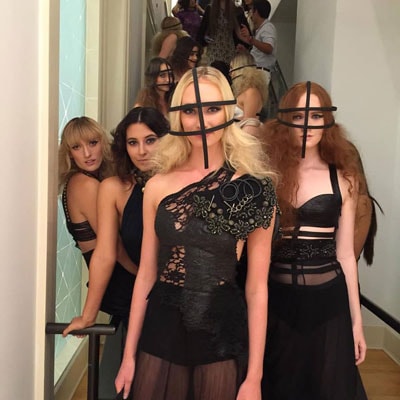 On Friday, September 18th the runway saw stunning and truly one-of-a-kind collections from upcoming designers in couture, high-end, and resort wear. OC Fashion Week® was happy to introduce Founders Hall at the prestigious Soka University in Aliso Viejo as a new venue for Day 2. Betinnis, a fashion boutique in Brea, CA and owned by “Behind The Seams” host and style expert, Chadia Almeddin sponsored the night’s event. In addition, Darya South Coast Plaza, the jewel of Persian cuisine served an assortment of gourmet hors d’oeuvres and cocktails.

Day 3 debuted the best of West Coast Street Scene with Orange County’s finest music, fashion, and art. Newly discovered model and red head, Cambria opened the floor with her new single, “Addict” while wearing designer Amanda Wolf Designs, in addition, to the highly anticipated performance from the OC Ballet Theater. The night continued with a stunning backdrop opening with the ARTIC’s (Anaheim Regional Transportation Intermodal Center) LED light roof that illuminated a colorful aura for a runway unlike any other. Musical talent DeeDub Records premiered their apparel collection as well as their rap singles. The night was also entertained by a special performance from Mass Media Entertainment Group, World of Dance.

Closing day of OC Fashion Week® ended with a privately held trunk show at Pelican Hill featuring a High Tea Social affair with jewelry designer Sarah Ibrahim and her exclusive collection. All models at OC Fashion Week® are emerging talent discovered in the OC and surrounding cities making way for the next generation.

Orange County Fashion Week® not only celebrated the talents of upcoming designers and models, but was proud to support the three very unique and well-deserved charities supporting the Orange County Community. Teen Project, a non-profit organization helping young foster teens transition to adulthood; to Working Wardrobes, empowering men, women, veterans and young adults overcoming difficult challenges to confidently enter the workforce and achieve success; and the OC Ballet Theater, a non-profit organization dedicated to teaching ballet and other forms of dance to students of all ages, were this year’s charity recipients.

It was a week filled with fashion curated for those who are inspired by beauty, music, and art with incredible backdrops and all new venues that made for a one-of-a kind experience leaving the audience breathless for more. OC Fashion Week® S/S 2015 videos can be found online at OCFashionWeek.com.