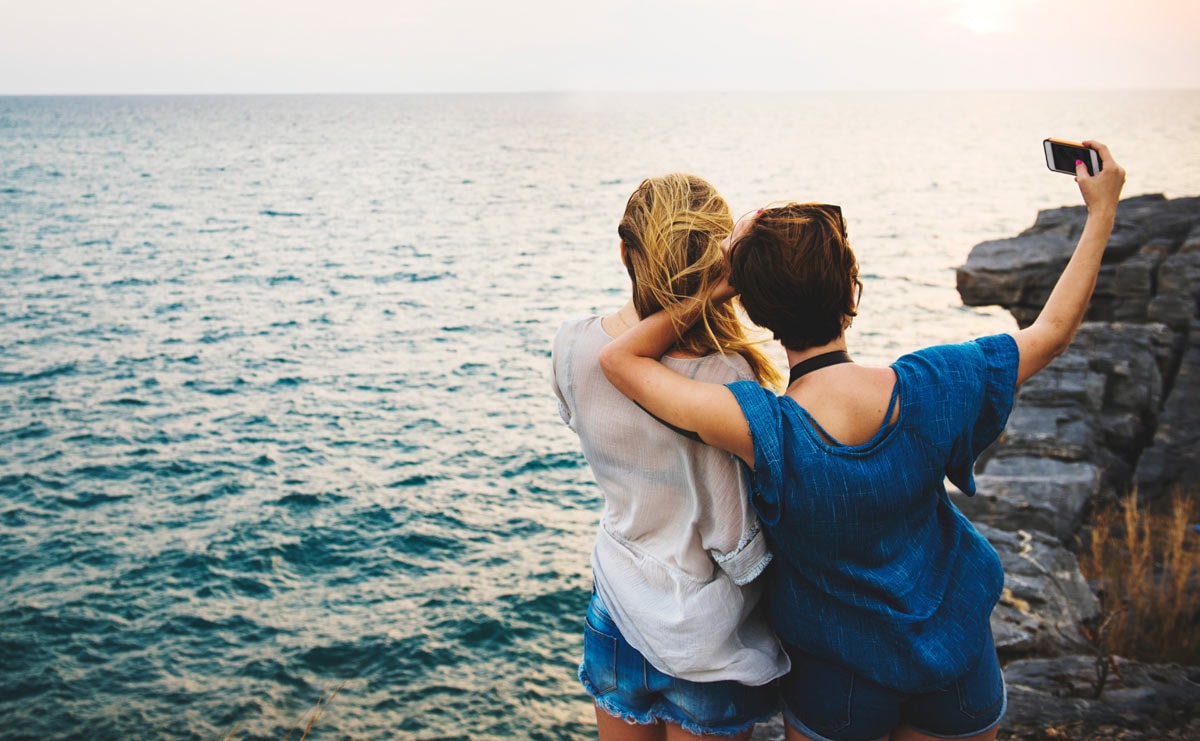 ‘Outfit of the day’ posts; the ultimate anti-fashion ritual

It’s a strange bind we find ourselves in. All ethnicities and body types are being represented on runways and in media, and that’s to be praised from the highest peak, but from this magnificent melting pot emerges only an endless parade of flawless Fembots. Their sameness is the ultimate denial of fashion although many of them may be hailed in social media circles as fashion influencers. We retreat from individuality like never before. The dominant issue of our time might be the beautiful diversity of the skin we’re in, but that second skin, the one we nurture and slip into every morning, our sense of style, is shriveling and dying.

A single homogenized look of perfectly arched eyebrows, vapid stare, contoured cheeks and plump pout with a few fast fashion separates and wide-brimmed hat does not a fashion leader make. Where are we going with this? Instagram’s constant content has revealed a lack of original programming, and although we might be tigresses on the inside, as sphinx-like and feline as Kate Moss, or prowling and unpredictable like Grace Jones, the reality is we’ve lost our roar. Our style vernacular is basic, monosyllabic. Sites such as Insta Repeat underscore our lack of creativity in how we present ourselves, and those 2 million-plus daily posts documenting users’ Outfits of the Day (#OOTD) amount to nothing but a cliché ritual that should be filed under Old Obsolete Tired Done.

Reflecting on the last half of the twentieth century, there were certainly the dominant beauty trends––from pointed breasts to spidery lashes, from supermodel coiffures to the lankest of locks, from hourglass to waif––but every decade presented significant fashion markers: the 1950s served up beatnik twinsets, capri pants, rockabilly poodle skirts; the space-age 60s countered with mod plastic accessories and paper shift dresses; the bohemian 70s danced in with its bellbottoms, velvet maxi-dresses and psychedelic prints, only to be bumped out of the way by 80s big-shouldered tailoring; the 90s ushered in minimalist slip dresses, grungey flannels, rave gear, and hipbone-baring bumsters––all of these became era-defining fashion statements. But this millennium so far, captured millisecond by millisecond via digital technology, shows less fashion evolution––athleisure, normcore, upcycling––in favor of more physical shapeshifting––big busts and butts, trout pouts, hair extensions. Surgical enhancement triumphs over sartorial splendor so that we’re emphasizing the canvas and undervaluing the art.

Beauty and glamor are often tossed under the heading of fashion, but they literally scratch the surface of fashion’s potential and scope. Fashion is no mere entertainment. Fashion as art can provoke thought, spur change, and uplift the soul the way a painting or sculpture can; while glamor is more likely to temporarily amuse or provide escapism. A trip to Dover Street Market can imbue the visitor with the wellbeing associated with spending time in a temple. Fashion genius does not need to make itself replicable and true pioneers trust personal instinct not Youtube tutorials, value experimentation and the importance of failure. To strive for bland perfection and conformity is an erasure of the art of fashion. It’s style over substance, polish over process.

The Like button is integral to modern society but the act of liking is the equivalent of using the word “nice.” It’s noncommittal, inoffensive, non-confrontational. Anyone can be nice, and what is familiar will receive more Likes as we humans are creatures of habit. A manufactured aesthetic is easier to digest than an outfit put together with disobedient abandon. Being a rank and file influencer of today leaves fleeting impact––but shouldn’t we choose to influence with lasting effect? And shouldn’t we be choose to exert most influence on ourselves? The somewhat successful social media influencers with sponsorships and contracts are not dissimilar to corporate middle management in that they show up to work in uniform and make money by shifting product to the masses. But one who meaningfully moves fashion forward will not answer to the term “influencer”, but will seek to communicate something candid, often imperfect, and be blithely unconcerned if they are making others uncomfortable, indeed might deliberately set out to do so. That sort also tends to believe that clothes should not be disposable, nor bought for an Instagram snap then returned to the store, and that fashion should spark more critical debate than an episode of The Bachelorette.

Authentic creatures of fashion are like unicorns, special, elusive, spontaneous. They’re writing their own stories as they go and cannot be tamed into performing in someone else’s narrative. Traditionally fashion’s most beloved figures, from designers to muses, did not belong to any cool clique, falling instead into the observer role, misfits outside the system, often even in conflict with it: Coco Chanel was an orphan, Isabella Blow claimed she wore large hats to keep people at a distance, Yves Saint Laurent was a quiet and retiring youth and anxious adult, Martin Margiela chose anonymity and gave no interviews, while Giorgio Armani, now head of one of the only privately owned luxury brands, expressly stated to the Financial Times, “I have always been a loner.” The popular kids with the most followers are the antithesis of creatives who quietly craft art that can shift society forward.

Recent reports suggest Gen Z rejects the over-curated inauthentic version of reality that Instagram has spawned, the pushing-hair-behind-one-ear pose while gazing into the middle distance in front of a millennial pink wall doesn’t apparently resonate with them. But the popularity of last year’s Huji Cam app which makes photos look like they were snapped with a disposable drugstore camera bought around the turn of the last century complete with digital date stamp in the corner suggests they are simply in search of a different fakeness. The process to self-creation should be blurry, even unfocused at times, but not as a result of technological deception. From teenage experimentation to the role-playing and risk-taking of ones 20s and beyond, trial and error mixed with courage and imagination can open up untold possibilities for self-expression, helping us to reach that ultimate fashion goal: individual identity.

But for that to happen, it may be time to put aside the media creation and work on the Me creation.

Agree or disagree? Share your thoughts and email tip@fashionunited.com. Your opinion will be added to this article.

Photo by rawpixel.com from Pexels