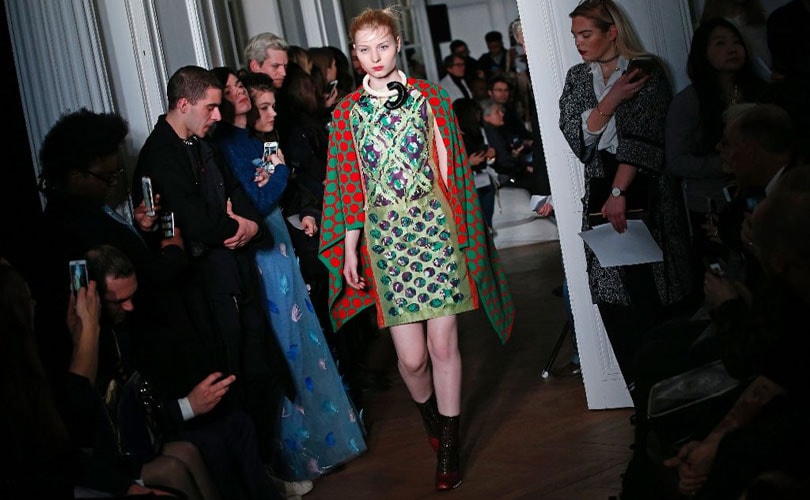 Fat ladies tend to be thin on the ground on the Paris catwalk. But rising Dutch designer Liselore Frowijn made her ready-to-wear debut Tuesday with a colourful collection to light up autumn-winter inspired by the feminist artist Niki de Saint Phalle's proudly voluptuous "Nanas".

Her show with its eye-catching zebra-striped trouser suits was full of the bold and joyous colours of the sculptor's liberated ladies. Frowijn said Saint Phalle "just wanted to make people happy and herself happy (too), and that's what I want to do with fashion."

"I was really touched by the feeling that this is a century for women. Women are everywhere, they are leading in politics, in movies, so why not in art?" she told AFP.

But unlike Jean Paul Gaultier, who famously cast the generously proportioned American singer Beth Ditto for the finale of his 2011 spring collection, she did not use plus-sizes models.

Instead she said she wanted women who were "all different" and who had "an individuality about them". "The models are a bit androgynous, very strong, very natural... almost like nomads. They have this energy to be everywhere," she added.

Finnish designer Tuomas Merikoski picked up the nomad theme in his show for Aalto which drew on the experience of Sami youth drawn to the country's capital.

These "urban outcasts" are caught between their nomadic traditions and youth culture, he claimed. "The name of the collection, 'Hellsinki', is a play on words implying a sense of hell that comes from living in the city as a nomad and losing your identity," Merikoski added. 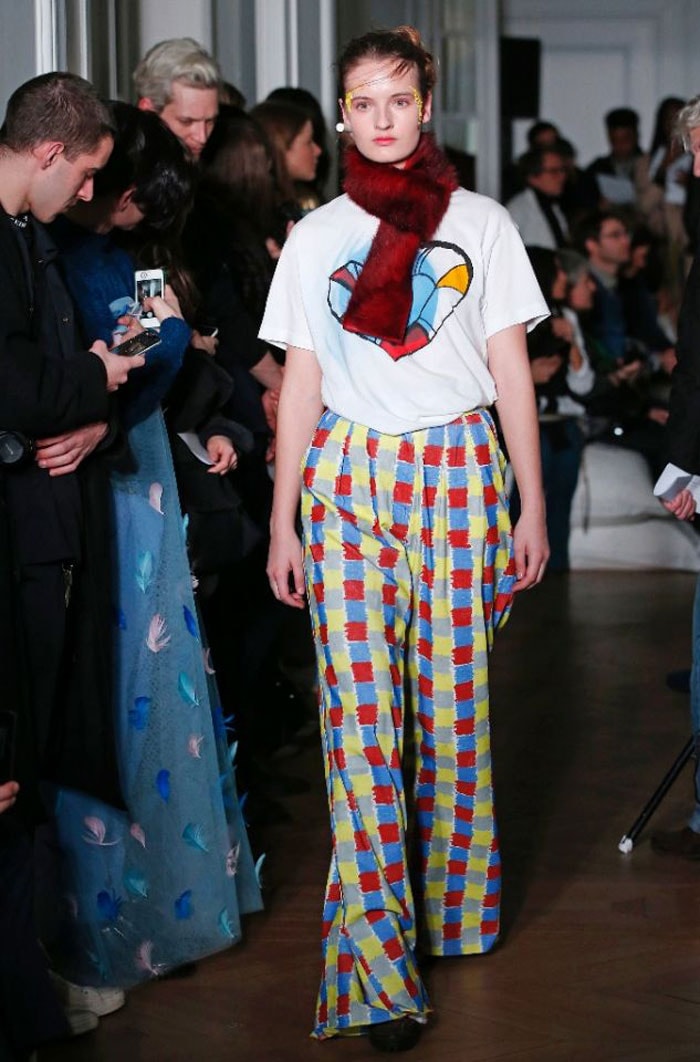 Amid his black, purple and pink layered outfits, Merikoski dared a line of very natty brown check suit combos not seen since the 1970s glory days of Ron Burgundy and "Anchorman".

In contrast, the Japanese label Anrealage banished colour pretty much altogether, going instead for 50 shades of grey that ranged from beautifully cut feminine dresses to high-tech shoulder-padded power suits. But like Frowijn, cashmere specialist Lucien Pellat-Finet insisted people need colour in their lives in these trying times.

With Paris still recovering from the November terror attacks, his latest creations celebrate life going on regardless, with a skeleton playing an electric guitar on one red top, while others were adorned with versions of the Eiffel Tower peace symbol that went viral after the attacks and a "Chill pill" full of little skulls and peace symbols.

"We have suffered a lot. The whole world has suffered... life has not been the same the last few years," he argued, which was why the world need the lift of "quality fashion" that was wearable and that would last.

With the same idea in mind, Italian designers Dolce and Gabbana launched a limited "Paris Je T'aime" (Paris I love you) collection Tuesday in tribute to fashion capital using the red, white and blue colours of the French flag. (AFP)