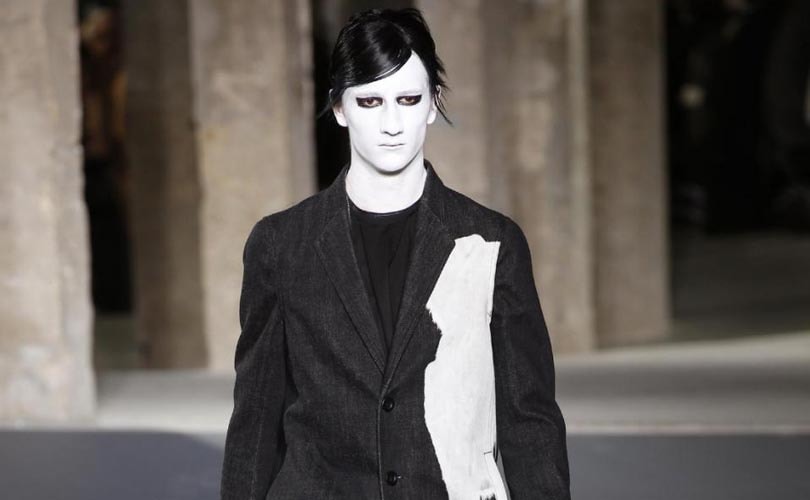 Once in times of trouble, males were expected to man up and put on uniforms. But the big theme so far of this week's Paris menswear collections are clothes that offer comfort and protection, with supersized jackets to hide inside and cocooning coats you might wrap a baby in.

Faced with a world looking ever more threatening and unstable, fashion seems to be running scared. Even such usually defiant designers as the Californian Rick Owens -- one of whose models once notoriously carried a sign saying "Please kill Angela Merkel" -- appear to have been winded by events in a city hit three times in less than a year by major terror attacks.

Despite the sound and fury of his catwalk show in an apocalyptic underground bunker, his most telling creations were a series of cuddy all-enveloping sleeping bag coats. 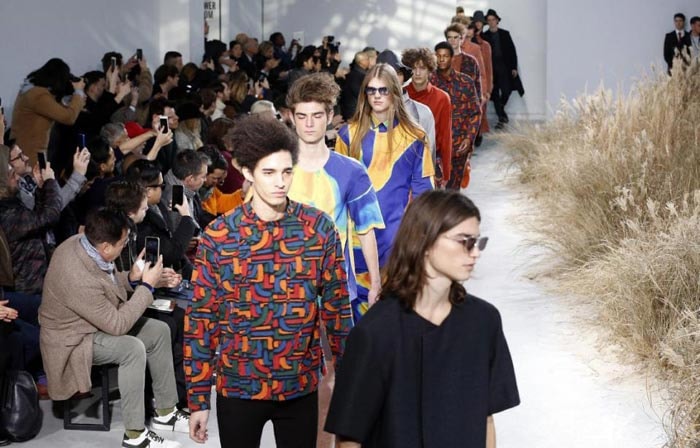 Belgian designer Walter Van Beirendonck, meanwhile, made no pretence of pandering to whatever is left of machismo by creating wearable cuddly toys to get men through these troubling times. The huggable "doudou scarves" featured in his Wednesday show "Woest" -- furious in his native Flemish -- had dolls and cute animal shapes at one end and AK47s and other weapons at the other.

While Owens refused to tell AFP what was the thinking behind the zombie invasion feel of his show, van Beirendonck made no bones about the fact that the "depressing" state of the world had been his inspiration. "It is a mixture of very sweet things and very aggressive things which is what the world is like now.... What has happened in the last year has been really depressing," he said.

In fact, the big shock of the Owens' show was there were no shocks after two years in which his models were forced to carry each other down the catwalk or display their genitals. It fell to the Japanese fashion house Issey Miyake to go in search of a more "primal man".

Drawing upon the tough existence of Mongolian nomads, its artistic director Yusuke Takahashi talked of how their "constant struggle with nature... made man learn to rely on his instincts to survive in a harsh environment." He compared urban cyclists to the horsemen of the steppes who led Genghis Khan's Golden Horde, creating colourful bike friendly combos -- often using horse-hair thread -- that mixed claret, blue and Buddhist saffron hues.

While there was plenty of woolly comfort in his collection, for him clothes had to be sturdy, practical and masculine as well as beautiful. "I wanted to design more functional clothes for urban people, cycling commuters or business travellers. It was important they were washable and durable," Takahashi said. "When I was in Mongolia I saw a lot of people on horses. I think the bicycle is the modern urban dweller's horse." (Fiachra Gibbons, AFP)