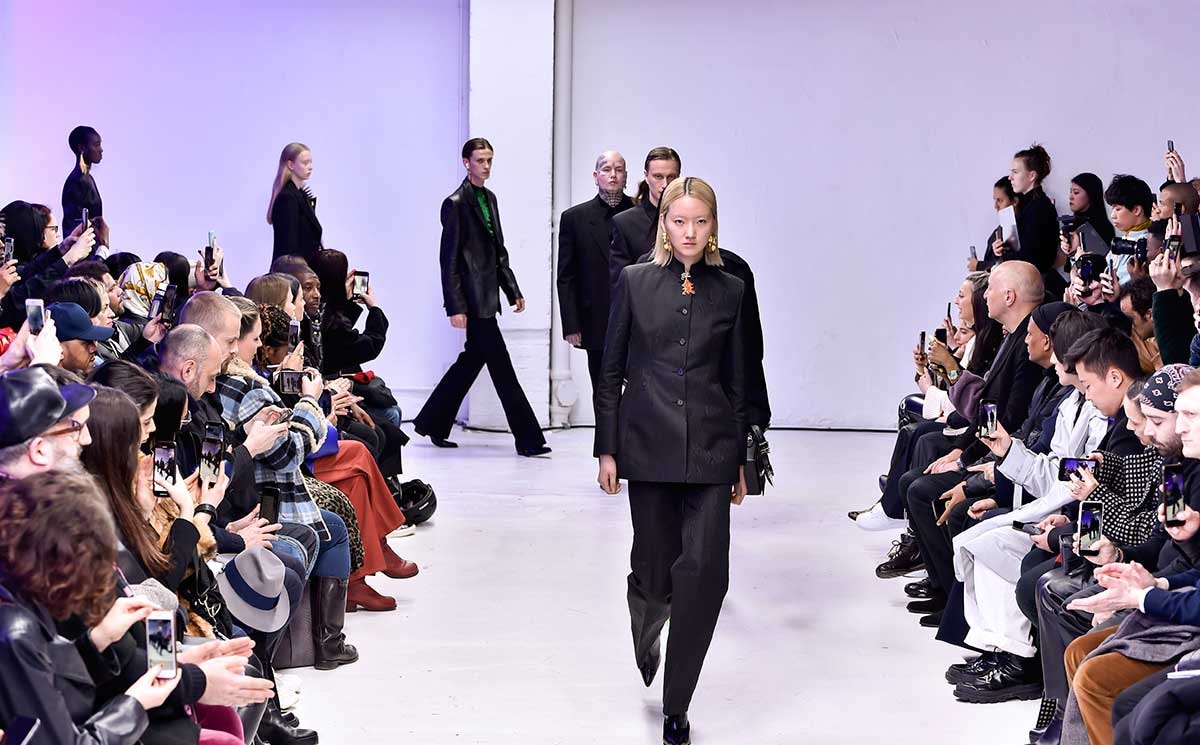 Paris men's fashion week began Tuesday with the French capital in the grip of a 41-day transport strike that has already led to the cancellation of one show.

The men's collections dovetail into the elite haute couture shows next week, with the French label Christophe Josse so hit by the chaos that it was forced to bow out.

"We found ourselves unable to present our collection," the label said, because of the delays which strikes caused with their suppliers. As the elaborate haute couture creations are all made laboriously by hand in small workshops in and around Paris, the brand said it had no choice but to pull its show.

The US label RR 331 had earlier given up its highly-coveted haute couture slot, although they denied that the French strikes had anything to do with their decision, saying "we will be back in Paris in July".

With many models and fashionistas criss-crossing Paris several times a day by taxi or metro in normal circumstances, the French fashion federation has doubled the number of buses it is laying on between shows.

Even so, with up to 12 shows a day in the official line-up and many more outside it, the gridlock on the city's streets is likely to be highly disruptive.

A top stylist, who declined to be named, told AFP that the strikes were causing havoc in an industry where last-minute changes mean teams sometimes work around the clock to have clothes ready for the runway. "Getting around has become a nightmare. It all adds to what is even in the best of times an extremely stressful situation," she added.

Some of the temporary staff she hired for fashion weeks -- often from Italy, Spain and Belgium -- were reluctant to travel to the French capital to work given the rail disruption, she added. There were signs, however, Tuesday that the record-breaking strike over pension reforms may finally be easing.

The show began with taiko Japanese drumming, with Los Angeles-based Villasenor telling AFP that he was out to create clothes that were practical and "timeless that will live through the ages and trends".

But the frenzied merry-go-round of shows and presentations to begin today with big-hitters like JW Anderson, Raf Simons, Valentino and the hyperactive American Virgil Abloh.

He will stage his own Off-White show 24 hours before he unveils his collection for Louis Vuitton, which he also designs. With his millions of followers, Abloh has already won the week's social media war by sharing images of a Louis Vuitton clock that ticks backwards in a countdown to his show which he has sent out as an invitation to the event.

He described it as a "literal piece of time" and fashionistas are already calling it a collector's item. "The clock is rewired to spin backwards," he said. "There's a metaphor in that, but also, as they say, 'A broken clock is right twice a day'."

As well as his two fashion shows, the architect-turned-artist-turned-designer is also opening his latest art/furniture show at the Kreo gallery in the French capital.(AFP)