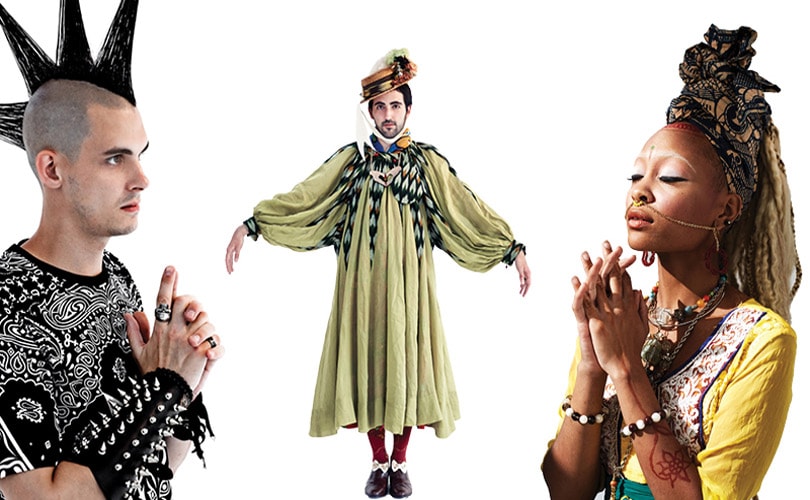 In midtown Manhattan, the center of New York’s fashion industry, it’s striking how uniformly dressed the people are on the very street they named Fashion Avenue. Where are the standouts, those extroverts whose style leaves people shaking their head in confusion, even laughing and pointing; the ones who treat color with such a sense of abandon that it wakes the rest of us up on a chilly Thursday morning when the strongest coffee can’t; the ones who toss multiple patterns together as if they are veggies in a stir fry? Fashion capitals usually boast a fair few of these specimens. I know where to find them in London, those prancing peacocks sporting mostly thrift shop or fleamarket finds. When I lived in Milan, I found them too, although they tended to be associated with the fashion industry and wearing five different designer runway statements proudly in one (everyone in Milan has a cousin with access to a Prada discount, or a Marni sample sale.) But in New York... 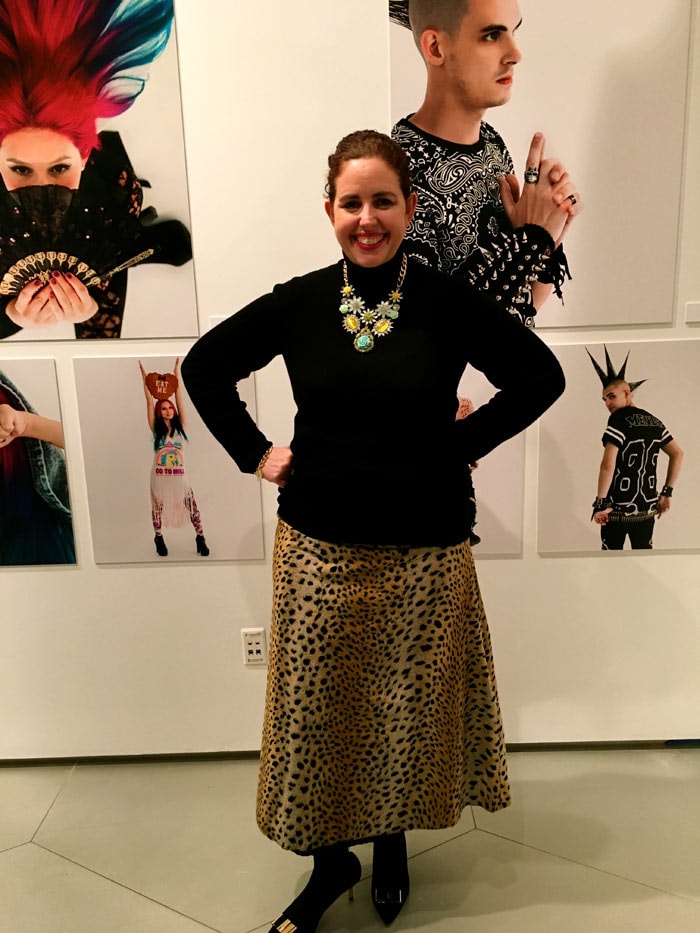 Is dress ultimately a uniform, a persona, provocation or protection? is one of the many questions posed in Dress and Emotion; the Exhibition, showing at Parsons which opens this week. Organized by Fiona Dieffenbacher, Assistant Professor of Fashion, who spent three years researching, identifying, interviewing, videoing and photographing these “outliers,” the show celebrates individuals who put themselves together in a way that is intentionally defiant, unbothered and distinctive; who feel they explain themselves through their clothing but don’t feel the need to explain their clothing. 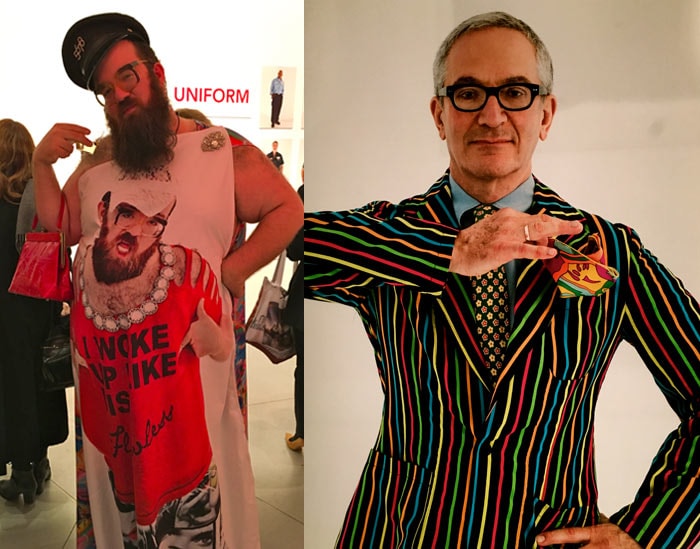 And for the opening night these fringe figures are all gathered in one long room, each one a mini exhibition in themselves, curated daily before the bedroom mirror. One “outlier” who features prominently in the exhibition, Dusty Childers, a former childrenswear designer who now teaches, describes himself as “a rainbow warrior kind of unicorn princess.” Wearing a floor-length tunic pinned together with brooches and emblazoned with his own likeness, he says, “I'm most definitely on the fringes of fashion. I dress for the young child inside of me that was denied full range of expression, so I spend a lot of time making it up to him. My style is way outside of most norms, it is color positive, fat positive, foot positive and just focused on making others feel more positively about their day AND hopefully inspirational to those wanting to take bigger chances with their visual persona.” 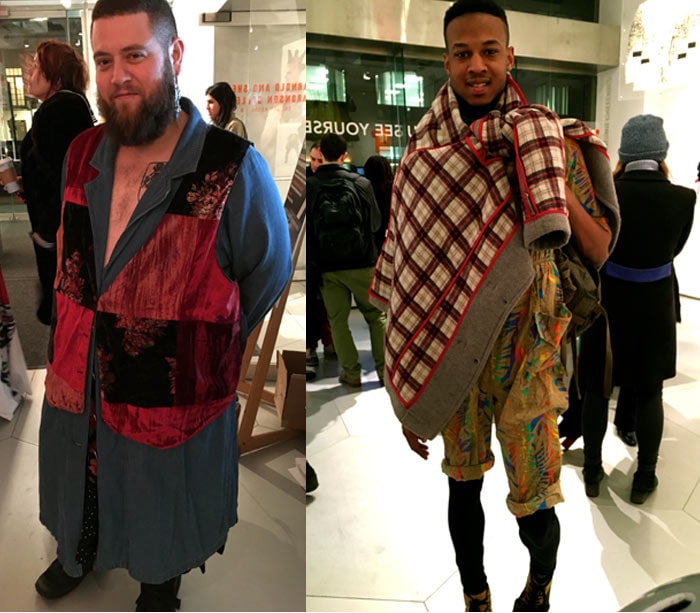 While the exhibition walls are arrayed with examples of eccentricity and fabulousness, the living breathing specimens gathered within are most arresting. Seeing the subjects of the photographs in person––along with the likeminded members of their posse who have accompanied them for some wine and preening––all animated, flesh and blood beings, restores my belief that they exist in this city too.

Attendee, Shane O’Neill. who admits to “seeing more power and possibility in clothing than some people do” rationalized NYC’s general lack of peacockry like this, “I think New Yorkers are much more conscious of the fact that their clothing marks their class, their occupation, their identity. But unfortunately, that often just means that people want to look tasteful, expensive, and head-to-toe black. I think a lot of it comes from how ambitious many people here are. New York is a place where people come to ‘make it’ so I think people are rightly anxious that being outlandish in their dress can negatively set them apart in their field. But I wish New York had more variety, color, and outlandishness. When I moved here 4 years ago from Wisconsin, I naively thought ‘I'm going to be able to wear anything anywhere and no one will bat an eye because New Yorkers have seen it all!’ But I actually encounter much more blowback from strangers in New York for my more outrageous looks than I ever did in the Midwest.

The fabric of the city

But even for Shane uniform dressing creeps into some of his days, through choice, or necessity: “If I'm turning a look it's because I want to be noticed. But I'm not one of those wonderful eccentric people--whom I admire greatly--who look fabulous or interesting every day. I freelance as an editor so I interview for jobs frequently, and in my line of work, I'm selling myself as an approachable, relatable person that you'll want to spend long hours with poring over footage. It doesn't serve me in that context to come off as daring or interesting or eccentric--it could put people off or send the impression that I would take too much control of a project. But even when I'm not serving my professional interests, there are days when I just don't want to be noticed, where I just want to ride the subway and blend into the fabric of the city. I love that I have the choice--I can be a spectacle, or just another guy on the subway listening to headphones. I really treasure having that flexibility.”

Food for thought when standing in front of the mirror tomorrow morning: How do I contribute to the fabric of my city?

Dress and Emotion: The Exhibition runs until February 28 at Parsons, the Sheila C Johnson Design Center. 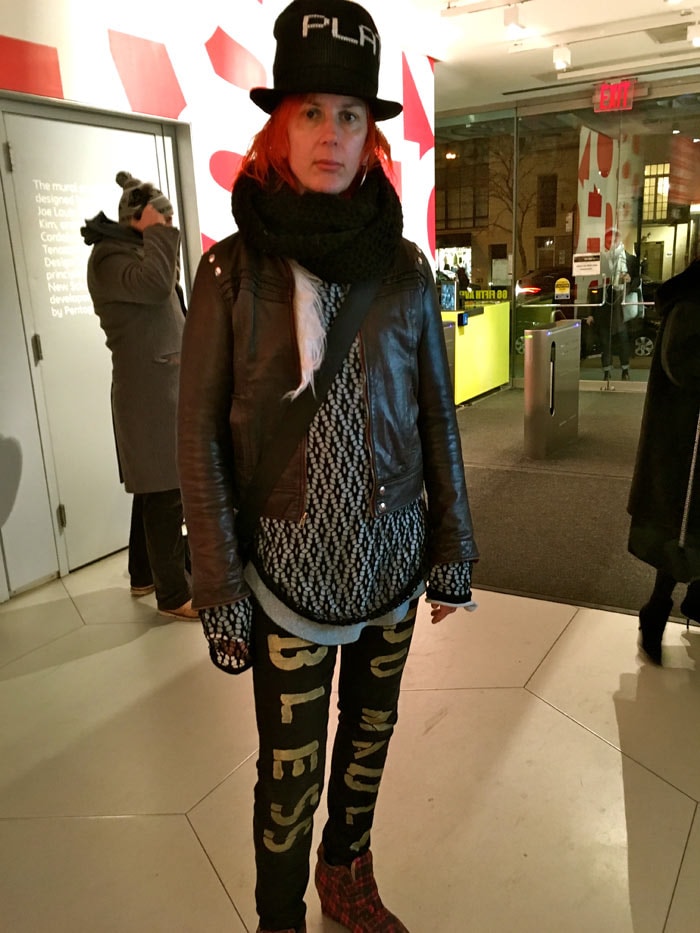