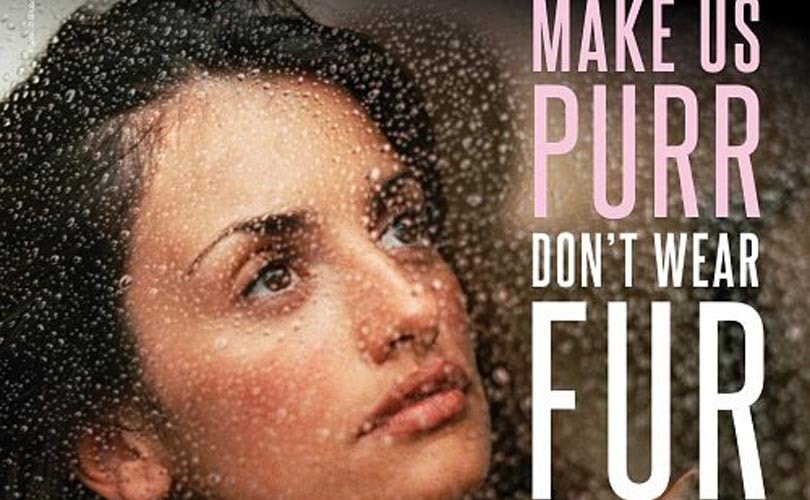 Oscar-winning actress Cruz, who previously appeared in an anti-fur ad for Peta US in 2012, is shown cradling a ginger cat alongside the tagline, ‘Make Us Purr. Don’t Wear Fur’.

The advert has been released in time for the busy Christmas shopping season, with the animal rights charity saying that they are hoping it encourages shoppers to leave fur off their wish lists.

"Finally, so many designers are going fur-free, and I'm looking forward to the day when no animal is caged or trapped and killed for fur," said Cruz in a statement to launch the Christmas campaign.