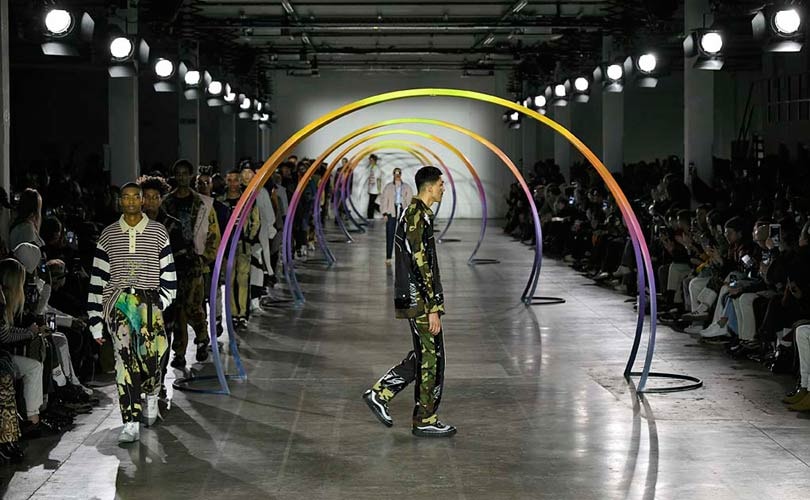 Pikachu and provocation at London's Fashion Week for men

Pokémon prints, khaki, flowing cuts and a raft of young talent were among the standout features of London's Fashion Week Men's, which ended on Monday after three days of catwalk shows.

With the big names of British fashion, most notably Burberry, abandoning the men's version of Fashion Week in favour of presenting mixed collections during the main event, the path was clear for young designers to make their mark with their Autumn/Winter 2019 wardrobes.

Nigerian-born designer Mowalola Ogunlesi, who graduated in 2017 from the prestigious Central Saint Martins, was one of those to grasp the opportunity. Ogunlesi, stylist on a recent video for rapper Skepta, has been earmarked as on of London's rising fashion stars, displaying his collection under the banner of the Fashion East talent incubator.

On the menu, a sexy and inventive wardrobe celebrating African culture with tawny patterns and tight trousers with low waists in khaki, blue and grey.

Green gave way to olive at Hussein Chalayan's show and his minimalist, geometric wardrobe that included trousers made of removable parts to adapt to the weather.

Fluidity was the watchword for young British designer Craig Green, with his collection of lightweight and comfortable raincoats with oversized hoods like bridal gowns.

He described the collection as representing "a sartorial, no-frills attitude" where "signature roomy silhouettes have been slimmed down in homage to the no-nonsense tailoring of mid-1980s Japanese and American" ready-to-wear.

Events took a darker turn with Chinese designer Xander Zhou, who drew on his own "fears" with intriguing combinations of faux fur in a yeti style, complete with shark fins and wolf masks.

Like the ghost that haunts Hideo Nakata's feature film, his models marched with their faces hidden by long black hair.