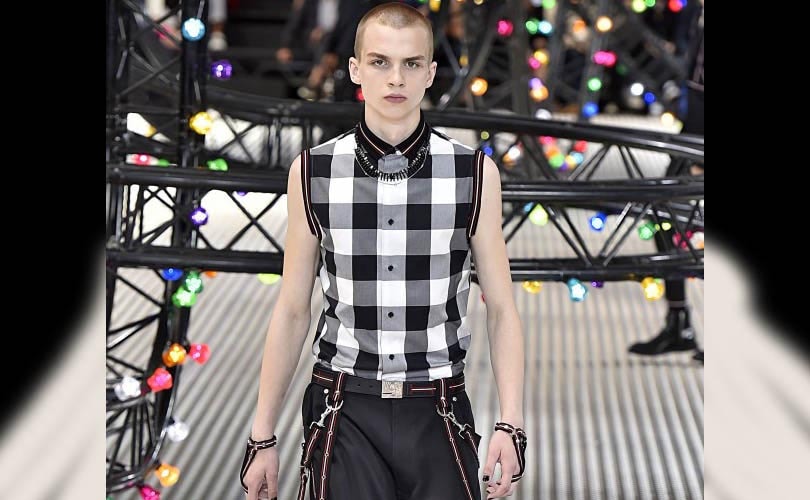 The boot boys are back. And they have never looked so elegant. Dior, the French fashion house known for the dreamy beauty of its clothes, showed a new much tougher side in its Paris menswear show Saturday.

It's wasn't quite skinhead chic but it wasn't far from it with every trope in the punk wardrobe from string vests to dangling trouser braces referenced, invariably set off by big Dr Marten-style boots. These Dior boys meant business and you wouldn't want to get on the wrong side of them. 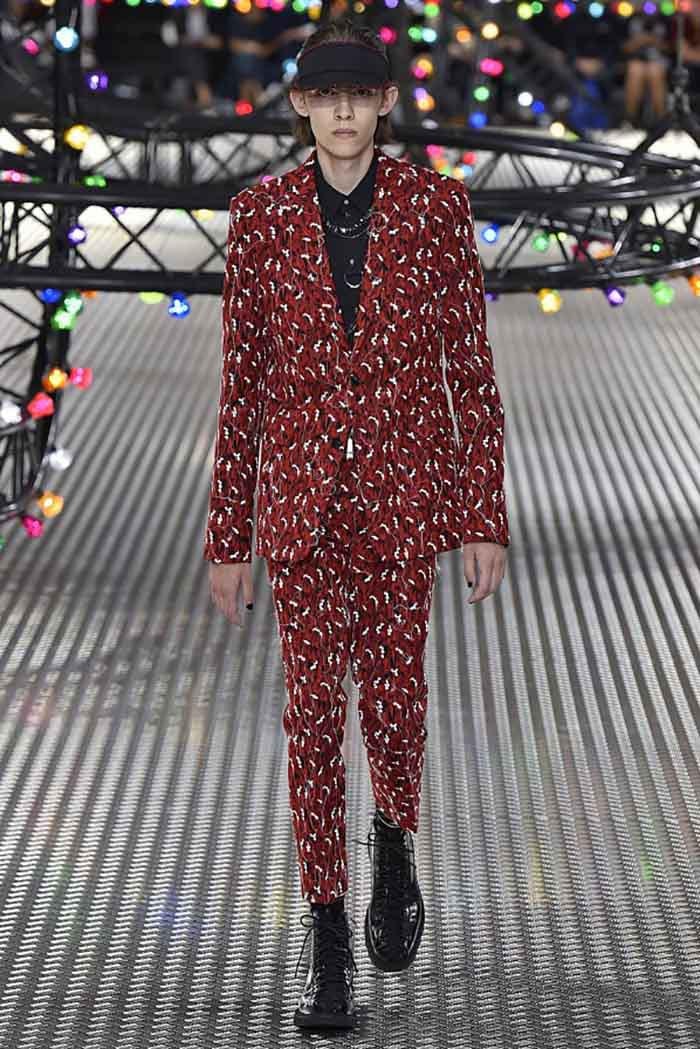 Dark, moody and menacing, there was even something slightly S&M in the way that Dior's Belgium-born designer Kris Van Assche managed to turn the braces into chest armour-cum-jewellery. There were still more echoes of punk in the check shirts and evocations of the ghost of Johnny Rotten's tartan in the clever red stitching against the collection's predominantly black core.

The show's two stand-out pieces were pure punk fantasy, a blouson and a sleeveless jacket and trousers completely covered in boot eyelets, with laces hanging from each one.

Van Assche, however, played down the punkiness, preferring to cite "New Wave romanticism" as its inspiration, as well as his own "very good memories of New Wave music" from such cult goth bands as The Cure and The Sisters of Mercy.

The pop culture nostalgia continued at Kenzo, where American designers Carol Lim and Humberto Leon took the Japanese brand dancing back to late 1980s rave culture, bathing in the big beat nostalgia of House music, with a collection made for staying up all night partying.

"Nightlife is the soul of any city. Growing up in LA we had West Coast club life, but New York nightlife was what we craved," they said in their notes to the collection. Short-sleeved shirts and super short shorts, lots of playful acid blues, yellows and lime greens and two-tone black and white combinations all summoned up the "Second Summer of Love" of 1988.

​ Boxer shorts too made a comeback, pulled up high above the waist so they almost look like cumberbunds above trousers, or simply worn as shorts with socks and sandals or colourful two-tone shoes. Trousers were invariably loose and worn way above the ankles, and loose cardigans were everywhere, some covered with canary yellow feathers.

Acid House motifs from the chemical sweetshop that gave the era's clubbers their staying power ran through the collection, spilling into Kenzo's Women Resort line, which was shown alongside the men's clothes. Dresses edged with curtain hole rings set into the fabric caught the eye, a detail that was picked up in the more street T-shirts/shifts. As did a series of short dresses and mini skirts and tops with lines of horizontal folds held together with a bow. (AFP)

FashionUnited will focus on the menswear catwalk season during the month of June, by featuring exclusive and in-depth coverage on Men's Fashion Weeks. For all reads, click here.