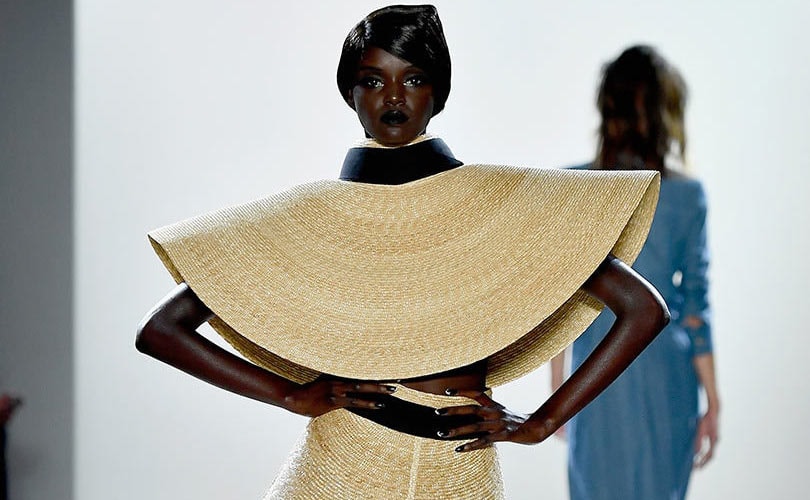 New York Fashion is more diverse than ever before, according to Fashion Spot’s newest report on race, size, gender and age on the catwalk. The publication reviewed 76 fashion shows and 2203 model appearances during the Spring/Summer 2019 season.

Nearly 45 percent of the models who worked at the latest New York Fashion Week were women of color -- a 7.5 percent increase compared to Fall 2018. 23 of the 76 shows were at least 50 percent non-white. Women of color also dominated the list of most-booked models, with South Korean Yoon Young Bae and Dutch Kiki Willems tied at the top of the list. Both have appeared in 12 fashion shows. 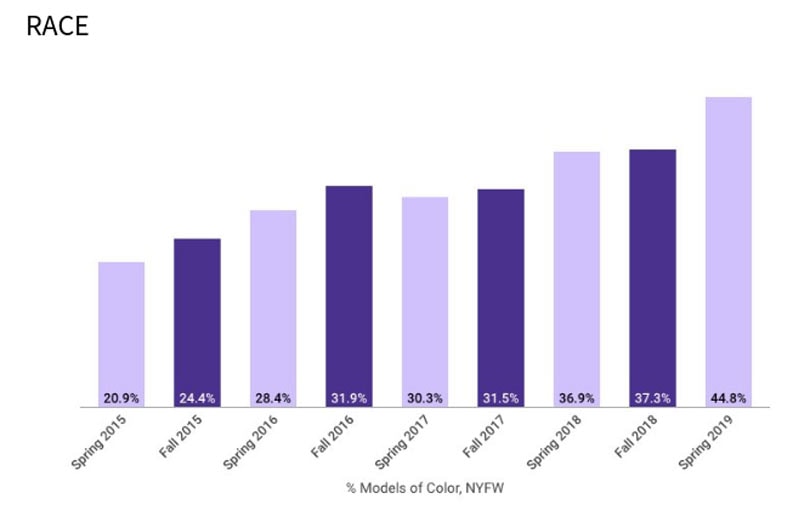 As the body positivity movement gains momentum and more retailers offer plus-size clothing, the number of plus-size models on New York’s runway has reached an all-time high. A total of 49 plus-size models walked in 12 shows, compared to 27 models in 8 shows in the last season. Chromat cast the most plus-size models (13), followed by Rihanna and her lingerie label Savage x Fenty (12).

As for gender diversity, New York Fashion Week’s Spring/Summer 2019 season saw 53 runway appearances of openly transgender or non-binary models, in 20 of the event’s fashion shows. That means 2.41 percent of all models who took part in the fashion week, which may seem low, but it is an improvement compared to the last season, when they accounted for 1.44 percent of all talent. 15 of the 53 transgender models present in the last New York Fashion Week were cast by underwear brand Marco Marco, which chose to work with transgender models only.

The Fashion Spot also identified a new casting trend: drag queens. Perhaps due to the success of reality show RuPaul’s Drag Race, a total of 25 drag performers were featured on this season’s fashion shows. Opening Ceremony led the way, with 21 drag queens in their show -- including a former participant of RuPaul’s Drag Race, Sasha Velour. 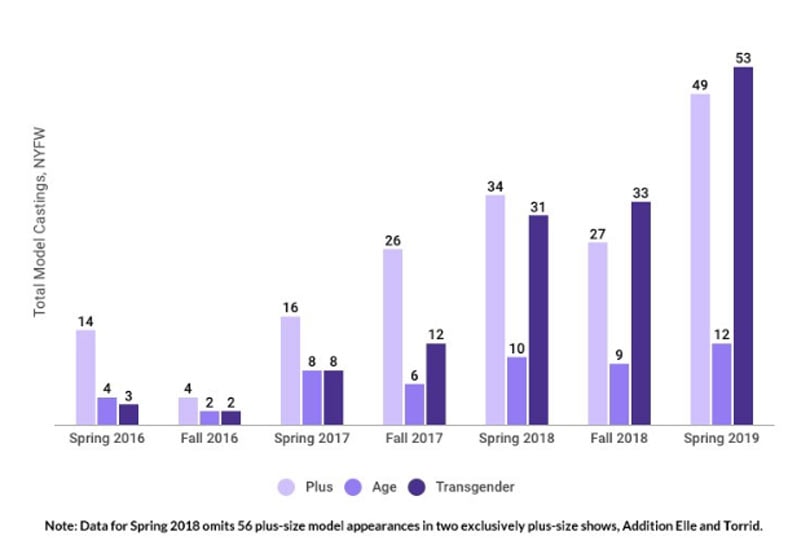 But there is still one group which remains practically invisible on the New York catwalk: women over the age of 50. According to The Fashion Spot’s assessment, only 12 models over 50 were cast on this season’s shows, compared to 9 for Fall 2018.