Designer Jeremy Scott has recently caused a controversial stir because of his most recent collection. Due to this, Moschino’s latest collection involving mass prints of pills from its Spring/Summer 2017 line has been pulled from specialty department store Nordstrom.

The collection includes dresses, tops, accessories, handbags and clutches, and more all with an apparent “drug” theme with graphics of pill capsules. The collection ranges in price from approximately around 492 dollars to 798 dollars. When the SS17 collection became available in department stores, men’s program counselor Randy Anderson reached out through a petition. As reported by WWD, the counselor, who works currently at Eden House Recovery Services in Minneapolis, wrote the petition on change.org asking for retailers to stop selling the collection because of how offensive it could be towards those struggling with drug addiction.

Anderson, who has been clean since January 2005, wrote the petition directly to Saks Fifth Avenue chief executive officer Marc Metrick as well as Marcello Tassinari of Moschino for the appeal. In his change.org account, Anderson states, “I’m a person in long term recovery and what that means to me is I haven’t had to use drugs or alcohol or any mind or mood altering substance since January 9th 2005.” His petition, entitled “Boycott Saks Fifth Avenue & Moschino,” relays facts and figures of many who have died of an accidental drug overdose including opioid related drugs and prescription pain medications. 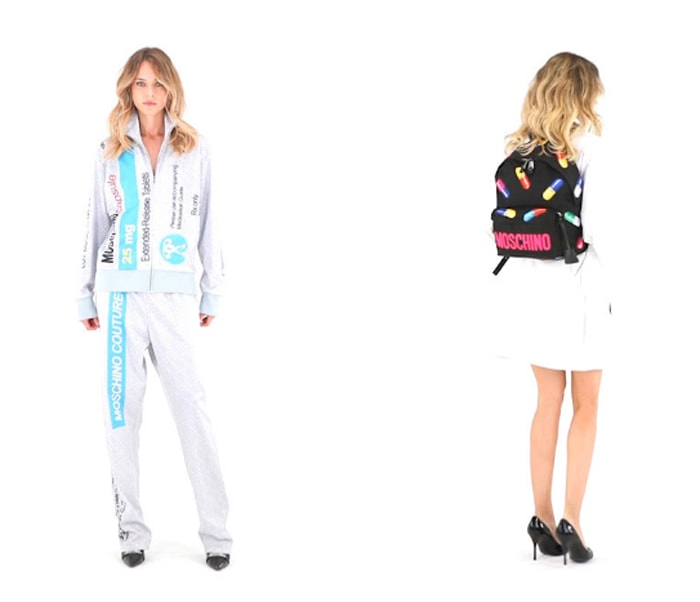 According to the letter, 40,055 people died of an accidental drug overdose in 2014. His plea calls to the attention of the garments that are marketed towards the public for sale. Anderson directly calls out Moschino’s and its buyers’ “moral responsibility” for the sale of these items including the collection’s Chain-Strap Prescription Bottle Bag and Printed Backpack. As of Monday, October 10, there is approximately 1,644 supporters of the petition.

It seems that Nordstrom was affected by the backlash from the letter at the collection because the retailer did pull Moschino’s latest collection. “We appreciate all the constructive feedback we received from concerned customers and ultimately decided to remove the collection from our site and the three stores where we offered it,” a spokeswoman told WWD. The retailer was quick to pull the SS17 pieces, however Saks Fifth Avenue at the moment has yet to respond or comment. 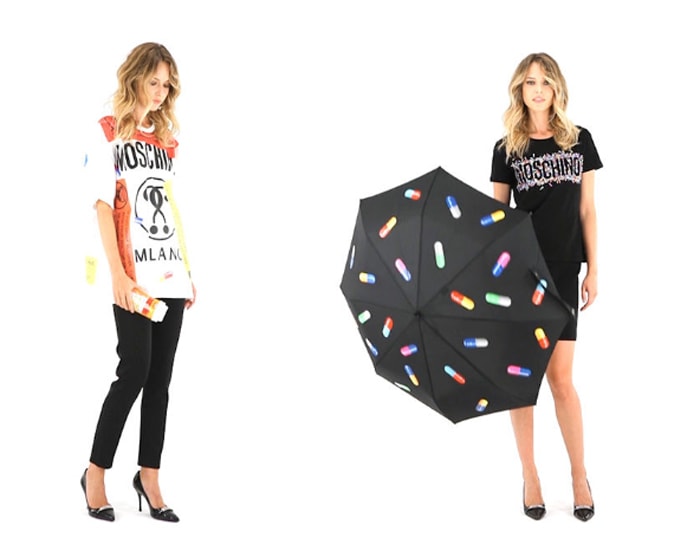 Interestingly enough, the collection, designed by Jeremy Scott, had a logo that was in reference to turning drugs down. The slogan for its SS17 pieces was “Just Say MoschiNO,” but its clothes seemed more of an encouragement of the craze and blasé nature of drugs. In a turn of events, it seems that the petition has called for many to “Say No to Moschino” and to support Anderson’s campaign. At the moment, Nordstrom has regarded this issue but it remains to be seen what Moschino and the rest of its buyers will say in response.