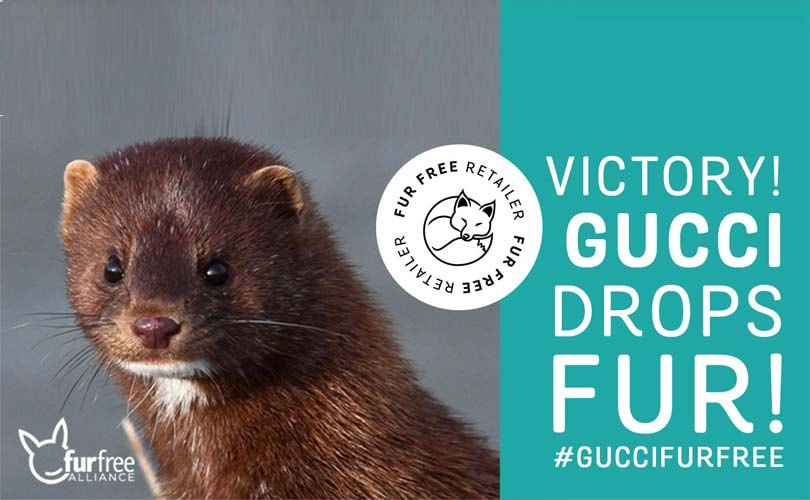 London - Gucci's decision to ditch fur for good and join the Fur Free Alliance (FFA) has been well received by the industry and the wider public. From Spring/Summer 2018 onwards, the Italian fashion house will no longer use animal fur in any of its collection. It remaining fur items are set to be auctioned off, with the proceeds going to the animal rights organizations Humane Society International and LAV.

Marco Bizzarri, Gucci's CEO and President announced the fashion house's new fur-free policy during the 2017 Kering Talk at the London College of Fashion, crediting Gucci's creative director Alessandro Michele for his hand in taking the label fur-free and shared belief in sharing the same values. "Today the world is changing so fast, it’s not even an option not to change,” said Bizzarri during his talk. "We are not perfect, but we are doing our best to improve what we are doing."

Many organisations and individuals were quick to take to social media to praise Gucci for its decision and share their hopes it will start a trend throughout the fashion industry to ban fur forever.

#Gucci are going fur free .. Best news iv read in a long time..this really is a move in the right direction ..High five..#loveallanimals

BREAKING: After years of protests, @Gucci has banned fur! Huge thank you to all who fought with us over the years. https://t.co/ySaFTmx88F pic.twitter.com/alfclbsulR

Great to hear that @gucci are to stop using fur in their collections. Long overdue but a great step forward. #CrueltyFree

Gucci's statement regarding its new #Fur policy will change the #Fashion industry for the better. pic.twitter.com/ajD8vX96Ec

So glad that @gucci are going fur free. It's a small step but a massive deal in the fashion industry. Here's hoping everyone else follows