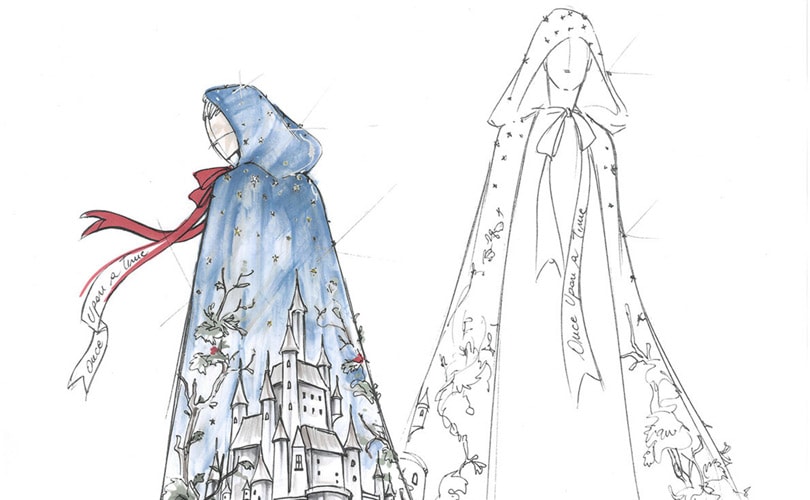 Saks Fifth Avenue and Disney collaborate for Once Upon a Holiday

On November 20, Saks Fifth Avenue will debut their annual New York holiday windows and 10-story-tall theatrical light show in celebration of the 80th anniversary of Disney's Snow White and the Seven Dwarfs. Sofia Carson, star of Disney's "Descendants", and Hollywood Records/Republic recording artist, will perform live at the unveiling event accompanied by a 40-person choir and appearances by Snow White, Snow Prince, and the seven dwarfs.

The new show, entitled Once Upon a Holiday, will include the unveiling of 14 animated holiday window displays, presented by Mastercard, marking the first time Saks will animate all of the windows along Fifth Avenue in its 94-year history.

Once Upon a Holiday brings Snow White to Saks

The 14 Fifth Avenue windows will each depict a different scene from Snow White and the Seven Dwarfs. Vignettes will include Snow White dancing among woodland creatures, the seven dwarfs "heigh-ho!"-ing home from a day's work in the diamond caves, and the Wicked Queen's mischievous trickery with the infamous red apple. Also new to the windows this year is a 3D layering technique which incorporates original artwork from the film into the backdrops for each display.

"In all things we do at Saks, we strive to reach the people in a meaningful way that captures their emotions—it's what we call the New Luxury. This comprehensive and unprecedented collaboration with Disney in our stores, on Saks.com, and in our New York flagship windows exemplifies that strategy by bringing the magic of the holiday season into the lives of our customers everywhere," said Marc Metrick, president of Saks Fifth Avenue.