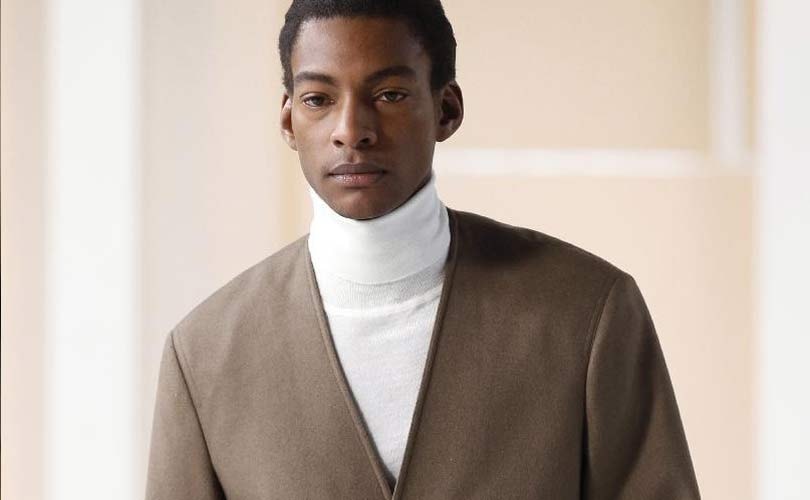 'Stop Terrorising Our World' is message on Paris catwalk

"Stop Terrorising Our World": the message sent down the catwalk on the first day of the Paris Fashion Week on Wednesday highlighted the lingering trauma in the French capital two weeks on from the terrorist attacks it suffered.

The slogan, worn on the torso of a male model, opened a show by Walter Van Beirendonck. The Belgian designer told reporters he had "to react" to the January 7-9 bloodshed by three jihadist gunmen who slaughtered staff at the Charlie Hebdo newspaper and killed four Jews in a supermarket hostage drama.

Increased security in Paris, with thousands of armed police and soldiers posted across the city and bag checks at the entry to fashion shows, were other signs of the impact the attacks have had.

But fears that some VIPs and buyers might be too jittery to turn up for the Paris Fashion Week have proven unfounded, according to the Federation Francaise de la Couture organising the event. Stephane Wargnier, head of the federation, told AFP: "For the moment, everything is going well. Everybody is here and we're happy that the shows are going on normally. Because life goes on."

'An idea of liberty' 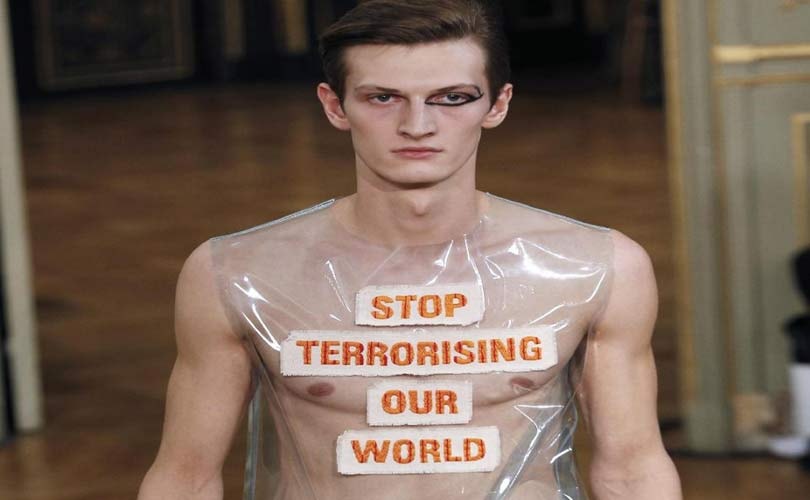 From Sunday, an elite core will stay on when proceedings get more exclusive, with five days of women's Haute Couture for Spring-Summer by the likes of Versace, Chanel and Christian Dior. So far, most of the other designers have steered clear of making references to the Paris attacks.

That was the case for Lucien Pellat-Finet, a French designer who exports most of his high-end cashmere street wear imprinted with images of skulls and cannabis leaves. "You can't let yourself be swept away by any sort of depression," he said. "Where there is life there is hope," he added. "The message of French fashion is that it's an idea of liberty."

22/4 Hommes and Y/Project, two other labels presenting their collections, concentrated more on bending the gender barriers in 'menswear', sending out a couple of female models down the catwalk among androgynous male counterparts. Valentino brought out a classic, sober collection with black, greys and natural browns to the fore.

For Van Beirendonck, though, putting messages into the mix was what he felt to be his artistic duty. "Initially I didn't want to make statements. But when you see what is happening in the world you have to react."

After his "Stop Terrorising Our World" model, he sent others down the catwalk in an eclectically styled range that used animal sketches, Picasso-style abstracts and 3D-printed jewellery. 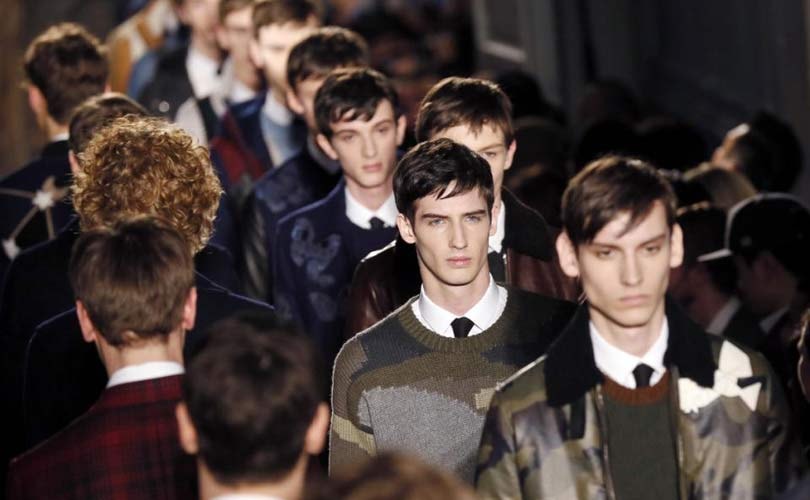 Almost all the clothes incorporated "butt plug" symbols -- a nod to a giant inflatable sculpture in the same form done by an American artist, Paul McCarthy, that was vandalised soon after being set up in Paris last October on the same chic Place Vendome where the fashion show took place.

"It's almost a homage to him (McCarthy). Because I know him, not very well, but I know him... And so the butt plug is pretty much everywhere" in the collection, Van Beirendonck said. The succession of messages were exhortations for freedom of expression, he said.

"I believe no-one has the right to tell anyone else that he can't show what he wants to. (Marc Burleigh, AFP)