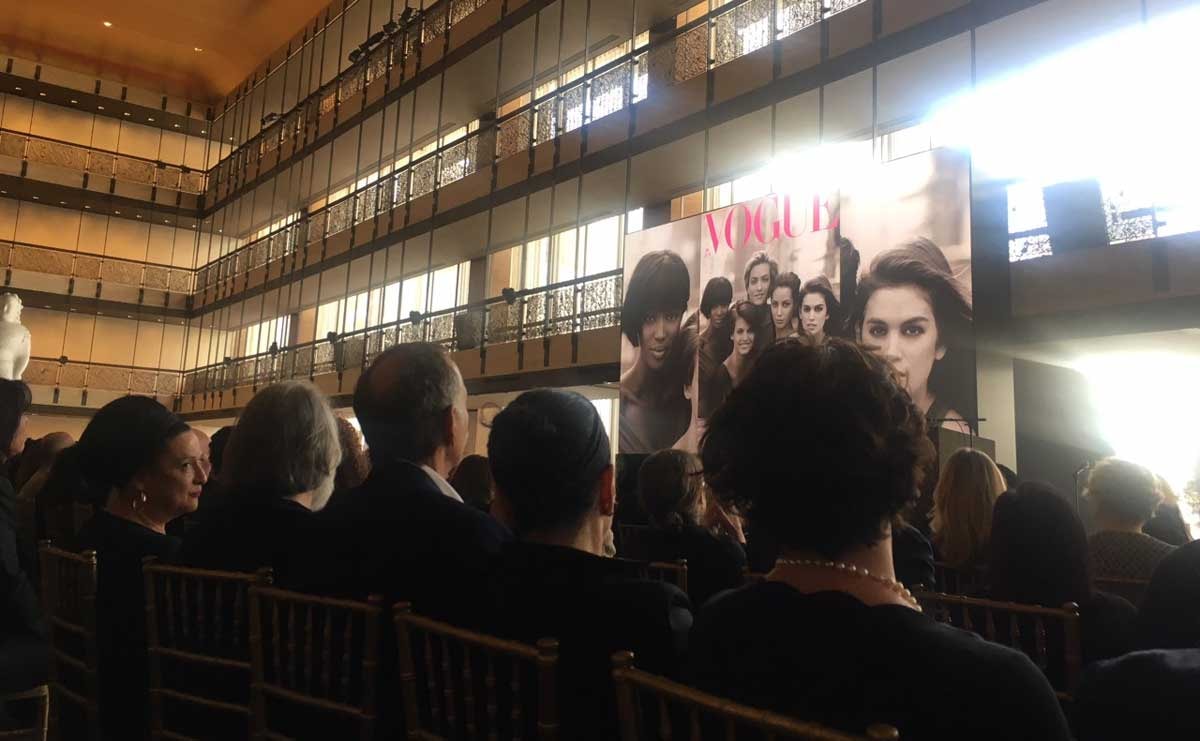 If you happened to be passing Lincoln Center mid-afternoon on Tuesday, you might be forgiven for thinking you’d slipped through a time tunnel into 1990, the height of the Supermodel Era. Cindy Crawford, Stephanie Seymour, Christy Turlington, Amber Valletta, and Veronica Webb, electrified the post-lunchtime atmosphere of upper midtown Manhattan, dressed sharply in head-to-toe black with skyscraping heels, in full hair and make-up. It was reminiscent of the George Michael music for “Freedom!” or Gianni Versace’s Fall 1991 runway, and was a far cry from what NYFW had delivered so far.

Other fashion and celebrity figures soon joined this most eminently glamorous circle. Designer Michael Kors, model Lauren Hutton, Vogue UK editor Edward Enninful, photographer Bruce Weber, Broadway actress Bernadette Peters, all hugging as old friends do. But just as they all were ushered in to perch on elegant chairs arranged in a crescent shape before a large screen and podium in the David Koch theater, Miley Cyrus slipped into the front row wearing draped black silk jersey. She represented a smattering of millennials in the audience, quite in contrast to the front rows elsewhere this week in which colorfully-clad influencers battled for the attention of photographers’ lenses. 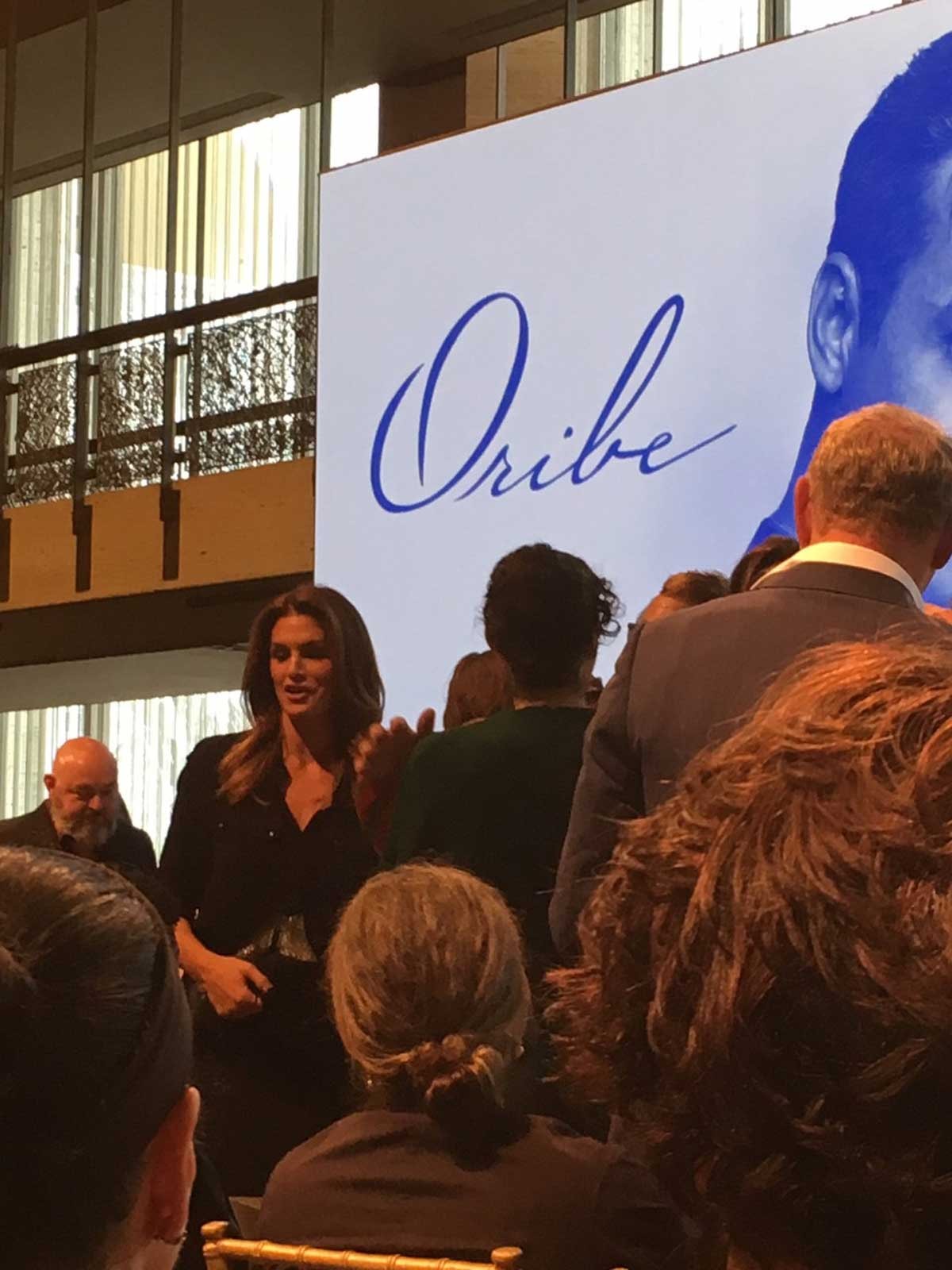 Supermodels and celebrities commemorate a life dedicated to glamour

The occasion was a memorial to celebrate the life of hairstylist Oribe Canales, known in the industry by his first name only, who died last December. He worked the tresses of the most celebrated women of our time, including Jennifer Lopez and Naomi Campbell who both delivered emotional messages via video, and Marc Jacobs who couldn’t recall whether he had first met Oribe clubbing in his youth, or early in his fashion career, but what he did remember, was the irony of asking the “hair maestro” associated with over-the-top coiffs and bouncy disheveled bedroom dos, to create the hair for his controversial grunge collection for Perry Ellis, for which he offered the instruction that the hair mustn’t look done at all.

Veronica Webb and Christy Turlington fondly recalled how Oribe would work their hair into such a state, inadvertently poking bobby pins into their scalp in his quest for perfection, only to scrap it all and start over again. The results were so fabulous, and his company so entertaining, they never minded. Oribe grew up idolizing Marilyn Monroe, Elizabeth Taylor, Sophia Loren, and his appreciation for beauty was well-known not just among those congregated but by the industry at large. It established him as the go-to hairstylist of Versace, and led him to form a power squad with photographer Steven Meisel and makeup artist Francois Nars. This holy trinity is credited with raising the supermodels to one-name status––Cindy, Naomi, Christy––and together they were behind many of the iconic runway and editorial moments that told the story of fashion towards the end of the millennium. In the 2000s, when Oribe entered into regular creative collaboration with up-and-coming photographers Mert Alas and Marcus Piggott, he recognized the dawn of a new aesthetic and was thinking ahead to what would define the next generation.

Before everyone was invited to enjoy a champagne toast on the terrace, Cyrus concluded the memorial with an a cappella performance of the song, “You are my sunshine” to which everyone joined in singing the final chorus. While the late-summer Manhattan sun was by no means strong, we stumbled our way outside. We had been blinded by glamor. No doubt Oribe would approve.