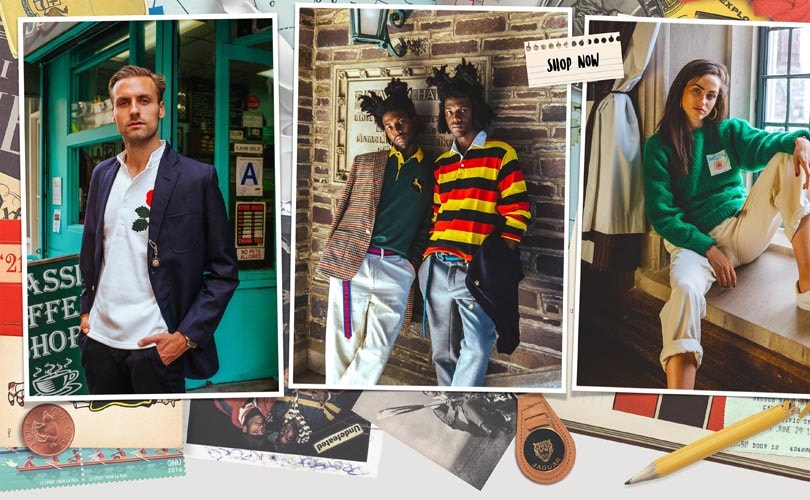 The great prep revival a growth opportunity for menswear

US retail has been holding out for a hero for some time but the return of classic American prep style could prove to be it. Tommy Hilfiger, Ralph Lauren, and J Crew were built on the attire that merged British boathouse with Ivy League campuses, selling polos, Letterman jackets, rugby shirts, and loafers by the boatload. Prep became representative of an aspirational lifestyle, the American Dream.

But this time round, the dream looks different. “We live in a remix culture,” Josh Matthews, vintage curator, told a gathered audience at last month’s Project Mens N:OW, “We’re chopping things up, experimenting. And lifestyle isn’t always a word that appeals to youth anymore because it can sound fraudulent.”

The prepwear buyer today is eclectic. He reads HighSnobiety and Hypebeast but also possesses an aficionado’s appreciation of a well-cut blazer. His outfit might consist of a Supreme beanie, Cucinelli vest, a blanket plaid blazer, Rick Owens sweat pants, all finished off with leather moccasins. This high-low mash-up image is epitomized by November’s super-successful but unlikely pairing of skatewear brand Palace with Polo Ralph Lauren for a collaboration which sold out in minutes, the items now available on Ebay for exorbitant sums. Or the equally unpredictable tennis and basketball pairing by Nike which launched the Vapor x Kyrie 5 shoe, a creative collaboration between Boston Celtic Kyrie Irving and Australian tennis pro Nick Kyrgios. 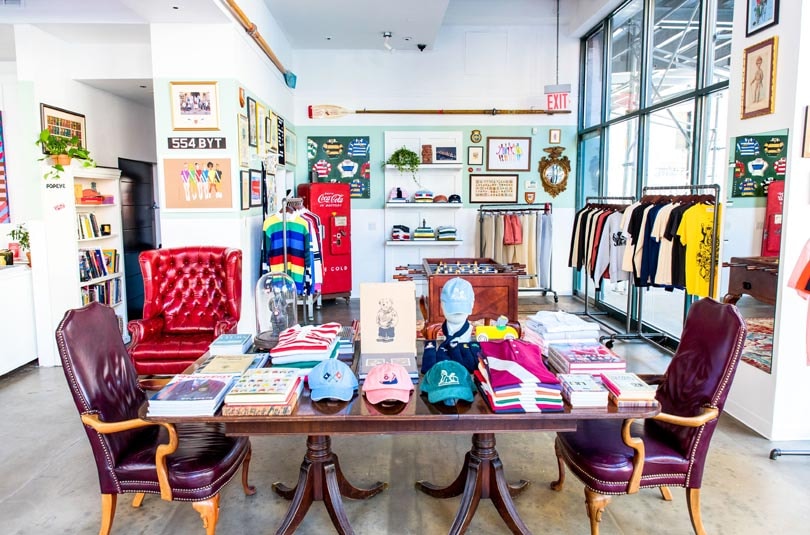 Jack Carlson, founder of menswear brand Rowing Blazers, and author of the book of the same name which documented the history of the rowing blazer throughout Europe, is a former US national rower who therefore lived the preppie life before outfitting it. His brand’s recent collaboration with J Press, the mens clothier founded in 1902 on Yale University campus, also sold out in a day. He told the Project Mens crowd, “Prep is a dangerous word and when I first started the brand I was very skittish about it. It comes with a lot of baggage. A lot of people think of the 80s country clubs attended by an elitist buttoned-up clientele, exclusively white. That’s a problem in 2019. So it’s important to look at the original heritage behind it.”

The Anglo-American codes of prep are being democratized for today’s consumer. Tongue-in-cheek, rebellious, or subversive spins are the entry points. Fake crests slapped on everything might once have frustrated the true prep but can be cool now in an ironic way. Critter pants, those trousers embroidered all over with tiny fish or dogs or lobsters, worn with a blinged-out Gucci logo sweater, why not?

“It may be an Anglo thing but to me it’s a punk thing, a hiphop thing,” says Matthews. “Mainly because prep was a breakaway from normal ideas. It said ‘I come from money and know what’s expected of me, but I’m so cool I can wear these clothes, I don’t have to wear the suit.’”

Prep no longer an Upper East Side thing

Timelessness and quality have always been behind prep’s appeal, but nostalgia certainly plays into it for Millennials and Gen Z. Sam Hines, Assistant Editor at GQ, has been trekking the return of prep since writing an article on it in 2016, and describes differences in the modern interpretation versus what was popular in the 80s and 90s to the Project Mens attendees: “What jumped out at me was that it wasn’t happening in E 72nd St, it was happening downtown, near the Noah store where founder Brendan Bebenzian was taking the codes and re-contextualizing them for a skater kid or a hip-hop crowd. He wasn’t doing anything radical with the aesthetic, just focusing on quality and material, and serving them up with a fresh perspective.” 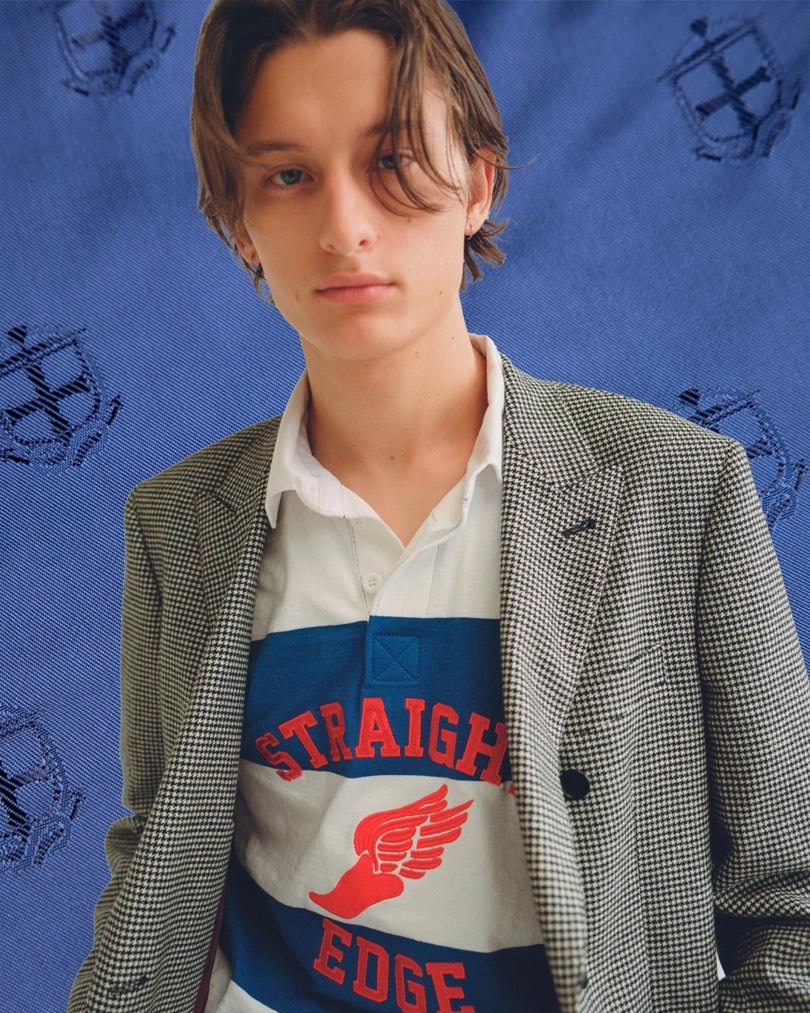 Part of the fresh perspective involves releasing product in weekly drops as popularized by Supreme (where Bebenzian was previously creative director), and holding dj parties. While there is some post–NYFW debate over what exactly constitutes American style right now, experts are directing their gaze away from runways onto the street. Supreme is one of the most influential brands globally with a business that defies established models. It’s not surprising that big, often struggling, brands want to link with them as the consumer just gets smarter and more fluent in the nuanced language of menswear.

“The false boundaries between preppie, tailoring and street are being broken down because people are increasingly cultural omnivores,” explains Carlson. “Fashion is not supposed to be one-dimensional. The rugby shirt has been re-appropriated often throughout history. But as a brand we’re happy to educate consumers on why it is this heavy weight, why are the buttons this way, it’s important for people to know those decisions aren’t random. We look at how Mick Jagger wore the rugby shirt or David Hockney or Tupac. This world of prep can be a lot more inclusive than originally thought.”

Still, not everyone speaks the new language. When Rowing Blazers created a spin on the banker bags, those mini duffle bags that are issued to summer analysts at Goldman Sachs, they embroidered them with logos that referenced yuppie-era cult classic movies, American Psycho and Trading Places. Or when they launched their new take on the classic shaggy dog sweater but added a vintage label on the chest. Both these moves received backlash from older generations who thought the brand was celebrating elitism, or being inappropriate, or messing with beloved and familiar staples. But younger consumers got it.

Upper class connotations, be gone. A new breed of millennial international playboy is taking back prep, and he’s not interested in being a member of your club.