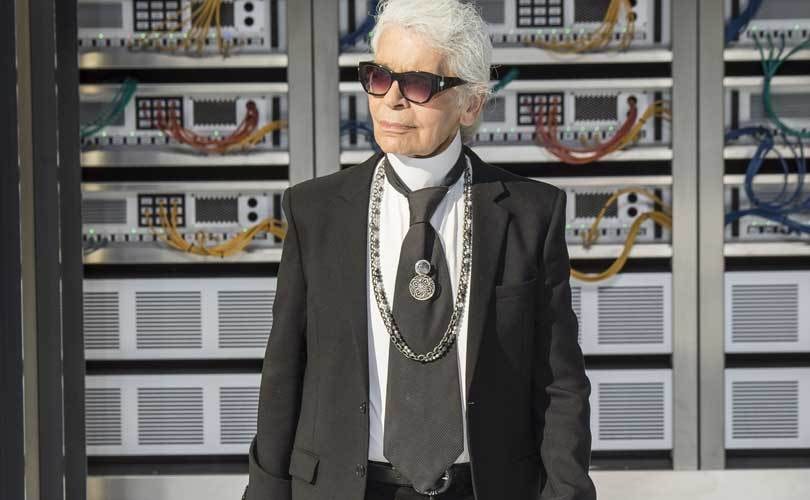 Karl Lagerfeld pulled out of two Chanel Paris haute couture fashion shows Tuesday, with the label announcing the veteran designer "was tired this morning". As the French capital was hit by a snowstorm, the 85-year-old creator left his studio head Virginie Viard to take the bow for him at the end of his spring-summer collection.

The no-show set off speculation that Lagerfeld, known as the "Kaiser" who has ruled over fashion for a large part of the past half century, may be about to step back. With fashionistas expecting the traditional theatrical reveal at the end of the show, with Lagerfeld appearing somewhere on the extravagant set, a Chanel executive emerged in his stead to announce the couturier's absence.

He said Lagerfeld would be at a later, second show for super-rich clientele. But a Chanel spokeswoman later told AFP the designer was not able to attend that show either.

The brand told Women's Wear Daily that "he was tired this morning". Helene Guillaume, a journalist with the French daily Le Figaro, said Lagerfeld was "very weak" at a pre-show briefing on Monday. Executives told AFP that Lagerfeld never made it as far as the Grand Palais where his collection was to be shown on a vast palm tree-fringed set styled after the gardens of an Italian villa.

"Mr Lagerfeld felt tired and asked Virginie Viard, the director of the creative studio to represent him," the brand confirmed in a statement. "Virginie Viard and Eric Pfrunder, Chanel's director of image, will continue to work alongside him and follow up the collection and the brand's publicity campaigns," it added.

At his last Paris show in October, Lagerfeld had gone out of his way to acknowledge Viard, one of the behind-the-scenes heroines at the luxury label, for her years of support.

One veteran critic told AFP she could not remember Lagerfeld ever having missed a Chanel Paris show in four decades at the helm of the couture house. Lagerfeld himself said in 2015 that he "has never thought of retiring", and is understood to have carte blanche from Chanel's owners to choose when he wants to step down.

The prolific German has left many younger creators in the dust, turning out collections season after season for Fendi and his own label, as well as Chanel. In recent years, Lagerfeld has visibly weakened, but his extraordinary creative stamina showed little sign of flagging, with a joyously zingy beach-set collection that was one of the highlights of the previous Paris fashion week.

His new show, which the brand insisted he drew himself, took inspiration from "his favourite century, the 18th". With "Marie Antoinette" director Sofia Coppola in the front row, Lagerfeld sent out a long run of floral, boat-neck tweed suits and ball gowns, as well as delicate cocktail and evening dresses.