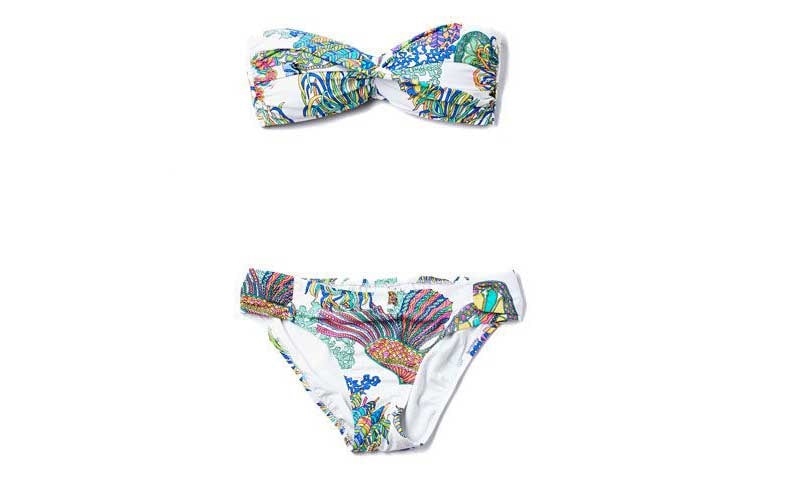 Los Angeles - Disney has announced another fashion collaboration this year. Inspired by “Finding Dory,” the sequel to “Finding Nemo,” the company has tapped the talents of designer Trina Turk for a beachwear collection.

Collaborating with Disney proves as Turks’ moves to create a colorful interpretation of the new movie intermixed with fashion. “The inspiration for the print came from the film’s background art, with Dory and Nemo swimming through bright, multicolored seaweed [and coral],” Turk said in a statement. The capsule collection includes one-piece swimsuits, bikinis, accessories, tote bags, and more. The entire collection retails in price from 48 to 228 dollars. The movie comes out in theaters June 17, but the collection will debut earlier as it will be available later this month. The collection will launch through both the designer’s e-commerce site as well as Disney’s. Additionally, the collection will sell at Lord & Taylor, Dillard’s, and other specialty retailers.

The Los Angeles-based designer is known for her vivacious, fun prints in beachwear, resortwear, and apparel. The newest collection acts as Turk’s first collaboration with Disney. The brand, which was founded in 1995, has collaborated in the past with various brands. One of her past collaborations include Banana Republic. Over the past decade, Trina Turk has gained recognition as a brand for her stylish, upbeat prints. Through this new collaboration, Turk shows off more of her creative, vibrant prints.