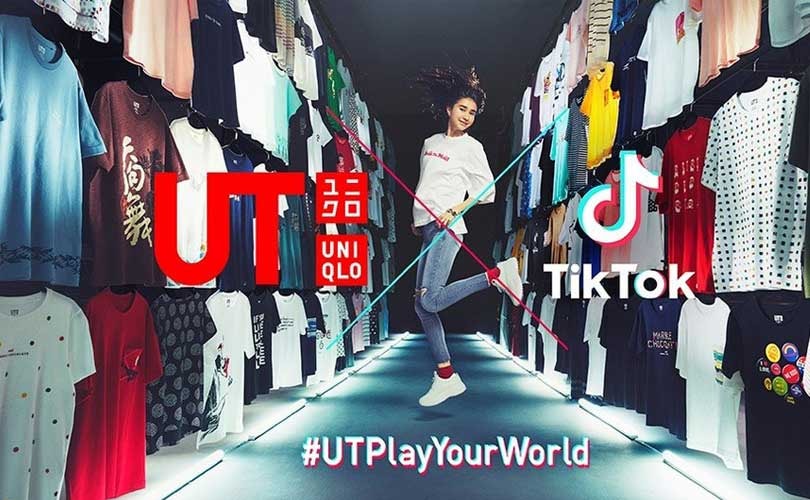 Uniqlo teams up with TikTok for user-generated social campaign

The campaign will go live on TikTok on 25 June and invites users to share “creative, authentic and inspiring” videos of themselves wearing Uniqlo’s line of ‘UT’ graphic t-shirts. The in-app challenge, which will be open to TikTok users from the US, France, Japan and Taiwan, will last until 11 July, before the final winners are announced between 12-19 July.

To be eligible for the selection of winners, candidates need to wear ‘UT’ shirts that are sold at Uniqlo stores or on its website during the 2019 Spring/Summer season. Winners of the challenge will appear on the monitors in Uniqlo stores around the world.

"TikTok empowers everyone to be a creator directly from their smartphones and is committed to building a community by encouraging users to share their passion and creative expression through their videos,” Masaki Nishida, vice president and head of monetization at TikTok Japan, said in a statement. “We see a huge opportunity for brands to connect with today's generation and expand their reach by embracing the native, natural and creative form of content on TikTok. We are excited to support the #UTPlayYourWorld campaign and look forward to continuously supporting the global creative community in the future."