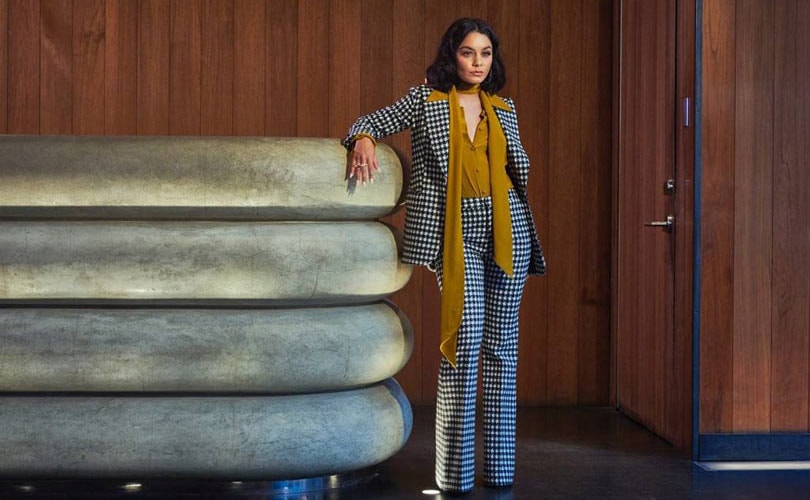 Actress Vanessa Hudgens is unveiling a line of suits designed expressly for women. The ‘70s inspired looks were created by the star with the help of Suistudio.

The line marks the first fashion venture for Hudgens and includes fifteen separates and five suits - including blazers, pants and vests that are comprised of velvet fabrics, muted hues and high necklines. Notable pieces in the retro capsule include a golden corduroy suit and an all-white suit.

"I was like a kid in the candy store picking out buttons and fabrics and details," Vanessa said in an interview with Page Six. "Whenever you step into a new pair of shoes, it’s slightly terrifying, but I knew what my vision was."

Heavily influenced by Bianca Jagger and David Bowie, she sought to develop items that celebrated women but also featured a masculine edge.

"My biggest style inspiration is Bianca Jagger, because she did effortless femininity meets masculinity," she added, "and I think there’s something very powerful about that. The way she presented herself to the world was really elegant, but kind of badass."