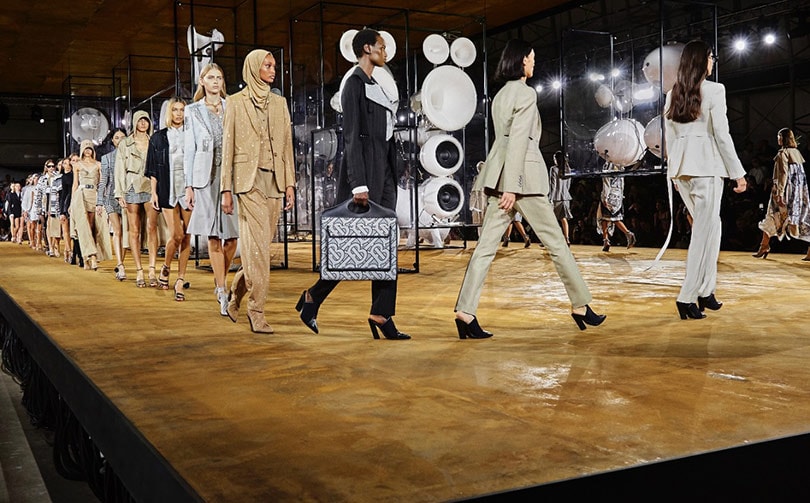 Selfridges, Burberry and Mulberry have all been nominated in the annual Walpole British Luxury Awards, which will take place at The Dorchester in London on November 18.

The awards, which will be presented by actor Laurence Fox, will feature ten categories to celebrate the “very best high-end products and services from a diverse range of British businesses,” spanning multiple sectors including fashion, fragrance, fine jewellery, hotels, automobiles and accessories.

British heritage brand Burberry is up against Selfridges, Net-a-Porter, jewellers De Beers and the Esteè Lauder Companies for the ‘Luxury with a Heart’ award, which will be awarded to a brand dedicated to making the brand a better place, and recognises sustainable or environmental initiatives, contributions to special causes, or those using the power of their voice to speak out on behalf of others.

For the ‘British Luxury Overseas' category, Mulberry will take on Orlebar Brown, Smythson, Ormonde Jayne, and Royal Salute, while best ‘Luxury Maker’ will see British couture house Ralph and Russo up against Church’s, Hamilton and Inches Linley, and Princess Yachts.

Department store Selfridges gets its second nomination in the best ‘British Luxury Brand’ category, nominated alongside Dunhill, Boodles, The Savoy, and Penhaligon’s.

Burberry, Selfridges and Mulberry all nominated at the Walpole British Luxury Awards 2019

Two of the most highlighted fashion exhibitions, the Christian Dior: Designer of Dreams exhibit at the V&A and Manolo Blahnik’s collaboration with The Wallace Collection have also been recognised.

V&A’s Christian Dior exhibition has been nominated for the ‘Cultural Contribution’ accolade which celebrates a British institution or enterprise that has enhanced the cultural landscape in 2019. They are shortlisted alongside Chelsea in Bloom: Cadogan and the RHS, Josie Rourke: theatre and film director, The Macallan Visitor Experience, and Pitzhanger Manor: Anish Kapoor Exhibition.

Emerging talent will also be highlighted with sportswear brand Castore up against Cubitts, Alexandra Llewellyn, Flowerbx, and Olivia Von Halle.

This year, there will also be a new category, the ‘Future Legacy’ award, which will be awarded to an iconic British luxury brand that has chosen to use the power of its heritage to build a visionary and relevant story for the future, with innovation and purpose at the heart of what that legacy aims to achieve.

Commenting on the shortlist, Walpole’s chief executive, Helen Brocklebank, said in a statement: “The global strength of Britain’s creative industries makes for a powerful context in which the British luxury sector, now worth 48 billion pounds to the UK economy, continues to flourish, and it’s exciting to see such a broad spread of brands nominated for the Awards.

“What makes all of the nominees incredibly special is their relentless quest to take British luxury global, and win hearts all over the world, and their commitment to creativity, collaboration and to building long-term, sustainable businesses.”

The winners of the prestigious awards, which has previously been won by the likes of Victoria Beckham, Charlotte Tilbury, Manolo Blahnik, and Emilia Wickstead, will be selected by a panel of industry experts, headed up by Walpole’s Chairman, Michael Ward, managing director of Harrods and Walpole’s chief executive, Helen Brocklebank.

The Walpole British Luxury Awards winners will be announced on November 18.