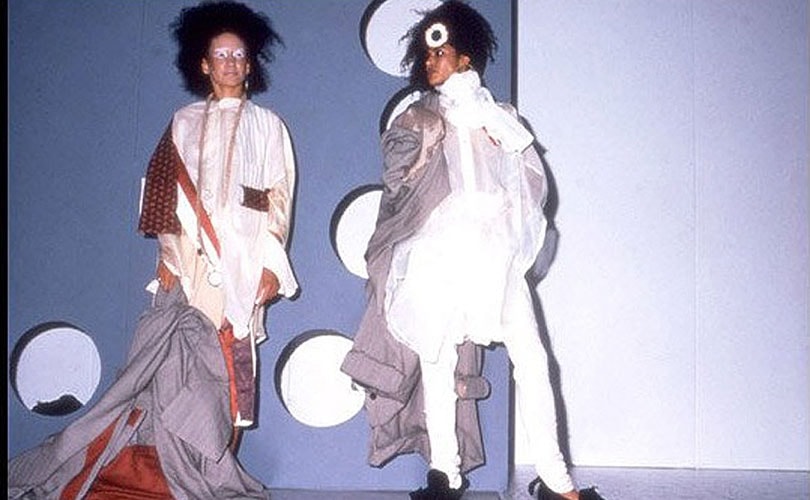 The most disappointing thing a professor can hear in the classroom is the cliché “I don’t like to look at what others are doing.” So you are designing in a vacuum, with nary a care for what the fashion system is serving up and pronouncing great, nor any impulse to react against it, I think to myself.

“Because I don’t want to be influenced” is invariably the reply. And it’s a most frustrating reply, at that.

Then there are those who are so caught up in the student responsibilities of meeting deadlines and writing papers and remaking that pesky jacket muslin for the third time that Paris Fashion Week is the farthest thing from their mind. It’s something for the leisured classes to enjoy, or those who are already in the industry, buyers, maybe, and magazine editors. “Shows? What shows?” they ask, looking up with furrowed brow, their minds frantically flicking through the pages of the syllabus to understand what they could have overlooked.

The designer that most resembles the lunar eclipse

There’s one last subject of the classroom, usually a lone haughty figure, possibly bearded, who snubs the viewing of fashion shows. He is the arrogant designer who believes his vision is so utterly unique that we’re all standing around waiting for it to arrive like it’s the supermoon lunar eclipse.

That his work should be reduced to contextualization within the current industry, when he knows he is destined for nothing less than a majestic launch into the unsuspecting fashion galaxy accompanied by a fanfare unseen since the days of Alexander McQueen, is out of the question. This hubris is the most difficult to navigate in an educational setting because lunar eclipses, while rare and indeed beautiful, are a fleeting phenomenon. They don’t last.

Students should watch runway shows as part of their education. The study of fashion should be approached like an old-fashioned apprenticeship and watching how something is done, from however afar, is as important as listening in a lecture theatre or executing in a sewing lab. A fashion show is the capstone to most fashion students’ educations often attended by industry professionals scouting for talent. 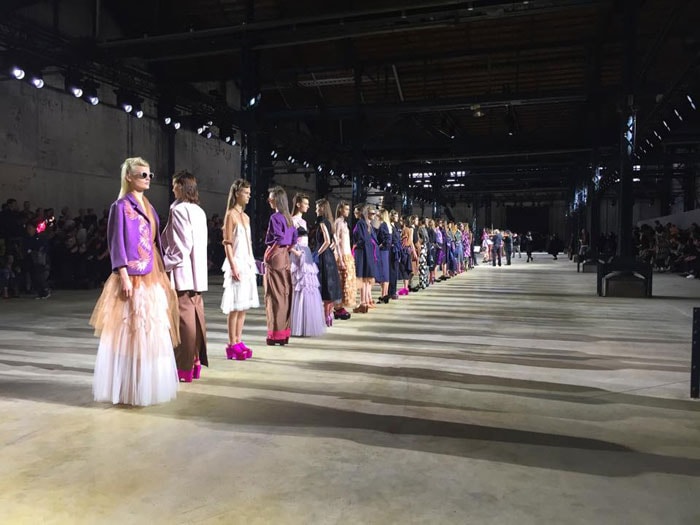 Why not avail yourself of the opportunity to understand how other designers––soaring, wildly colorful specimens of the creature you hope to metamorphose into––communicate their vision and represent what they believe in on a catwalk? Then when it comes your turn, you’ll do it with aplomb.

John Galliano. Giorgio Armani and the Japanese invasion of Paris

John Galliano’s legendary graduate collection, Les Incroyables, was arguably a reaction against the mannish silhouettes of Giorgio Armani that were so dominant out of Milan in the first half of the 80s, yet it was in synch with the lavishly layered romanticism of the Japanese invasion of the Paris catwalks by designers like Yohji and Kansai Yamamoto and Issey Miyake. Students, lift your head up once in awhile and look beyond your work; it can be most informative.

Graduate labels are born and disappear with the frequency of NYC restaurants. As Anna Wintour said to a group of Central St Martins students on her June 2014 visit to the school, “The only thing I worry a little bit about, going straight from school to starting your own business, is not that many succeed… I personally would advise you to think carefully before you start your own business, and consider possibly working for a designer or a company whose work you admire.”

The industry is lolling in a stupor

Let me humbly continue where Anna left off: Students, while your vision might indeed be exactly what the fashion industry is currently lost for, you owe it to yourself not to waste it by being ill-prepared. Even if, after viewing the season’s offerings, you hate everything that is being shown on the runways (even if you hate the very concept of runway) and are convinced the industry is lolling in a stupor, fair enough. Feel free to rouse us out of that state with your well-considered, challenging, relevant and professionally executed statement. 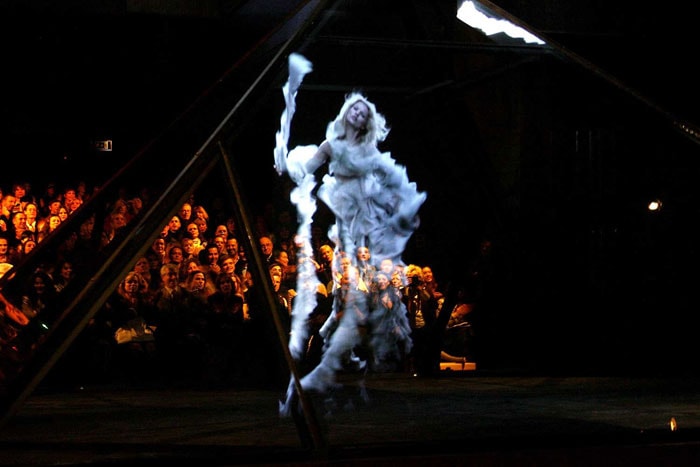 In the meantime, watch the companies or labels whose presentations reflect something of what you believe in and admire. Soak up that knowledge (to balance out the red carpet and celebrity style that has become for many of you a specialist subject) and combine it with your own, strengthening your powers and making you more brilliant when you finally expand your wings. Manage your career from the outset with a view to where you want to end up. Be an apprentice––in the classroom, in the sewing lab, and even at home behind the computer keyboard. The multiple live streaming opportunities now made available by designers mean you can experience the shows as if you were actually there, but without the sneaking in or queueing.

The runways are filled with apprentices demonstrating the result of their on-the-job training which meshes harmoniously with their individual points of view: Sarah Burton who was Alexander McQueen’s right hand, buzzed-about name Arthur Arbesser who worked at Armani for seven years, New Parisian street couture label Koché’s designer who’s being touted as the one to watch for Paris Fashion Week––she has Chloé, Sonia Rykiel, Bottega Veneta, Dries Van Noten and Martine Sitbon on her résumé.

Hardly an overnight success, she saw many runway shows, it’s safe to say, before attempting to stage one of her own. Successful designers are the sum of many parts––not all of them their own. In the fashion industry today, students cannot afford to be so insular that they identify as artists in a garret, their creations closer to canvasses than clothing. But if it helps, painters have traditionally looked at other artists’ paintings; writers at other writers’ books.

Fashion however is a highly creative business, and the conflict between art and commerce is usually decided in a most business-like fashion.